“The beauty of Caliber is that my strength coach worked with whatever equipment I had at home,” she says. “I was able to lose weight with literally a 20-pound dumbbell and some workout bands; that’s literally all I had. So she was able to help me figure out how to use things within my apartment and make the workout work for me.” 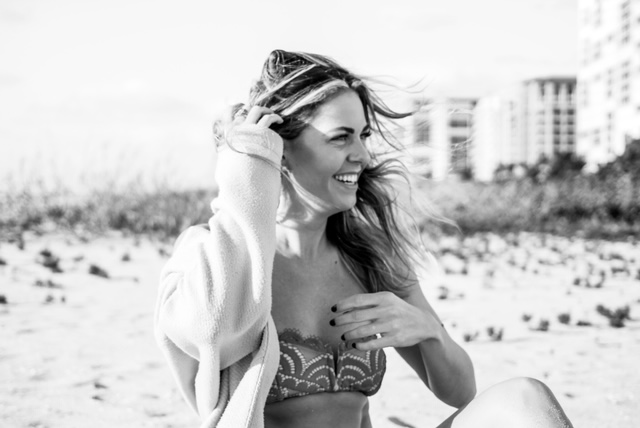 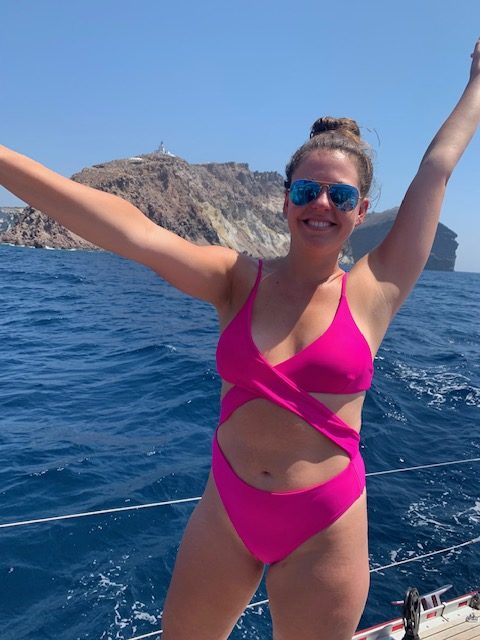 The pandemic has forced many of us to press pause on various parts of our lives – from attending large group events to traveling internationally. But for Stephanie, a 33-year-old New Yorker working in marketing, pressing pause on certain areas allowed her to refocus her attention on others, including her fitness routine. And after years of lackluster results trying other workout methods, she finally saw (and felt) the results she wanted using Caliber.

Even though Stephanie is no stranger to fitness routines, she had never been able to harmonise her fitness and diet plans. “Before I started using Caliber, I was always really active,” she explains. “But I likely wasn’t getting enough sleep, and I really had no consistency in my diet. I couldn’t lose 10 pounds in 10 years because I tried a bunch of exercises, but nothing would really stick because I couldn’t figure out the diet portion.”

Establishing healthy eating patterns was something Stephanie struggled with throughout her life. She spent a year battling an eating disorder in high school, and hadn’t been able to shed some of the anxiety around social dining situations. “I used to be afraid,” she reveals. “Even the anxiety associated with going out to eat: what do I order? How much do I eat? When you’re in a group of people and they just want to order for the table. I used to be so scared that I would overeat or pick the wrong thing. And now I go into those situations feeling a little bit lighter.” 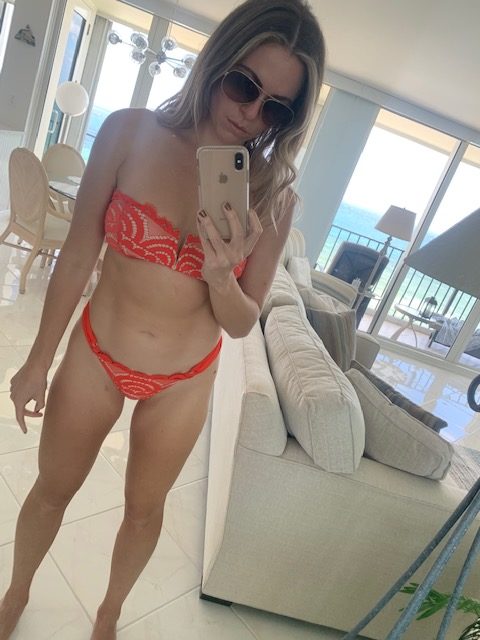 Getting Started With Caliber

In April she decided to try Caliber, and thought, “Okay, I’ve got to take a chance and switch it up. And it’s been so great – it’s been the best thing that’s happened to me all of Covid.”

It didn’t hurt that part of Caliber’s mission involves tailoring its holistic fitness program to each client’s unique lifestyle, no matter if they work from home or travel 300 days of the year. So when most people began working remotely last spring – and gyms and workout studios across the nation were closing their doors – Caliber was able to adapt seamlessly to everyone’s new normal.

“The beauty of Caliber is that my strength coach worked with whatever equipment I had at home,” she says. “I was able to lose weight with literally a 20-pound dumbbell and some workout bands; that’s literally all I had. So she was able to help me figure out how to use things within my apartment and make the workout work for me.”

Caliber’s scientific approach to fitness and weightloss has been particularly helpful for her. “I’m very data based, and for me to understand how to lose weight, reading the articles Caliber publishes and talking to my strength coach really helped me understand how all of those things work together,” she says. “So I could look at this holistically instead of in piecemeal, and that took a lot of the anxiety out of it for me.”

If Stephanie were to describe her Caliber experience in one word, she would use “empowered”. And one reason for that has been the education she’s received around food and the optimal amounts she should eat to fuel her body and see the results she wants. “The food log is the saving grace, because I’m not someone who knows how to lose weight or just guess,” she shares. “I don’t have that skill, and I don’t think most people do. So I bought a food scale and the beauty of being at home is you cook your meals and I log everything, every day. And now I feel like I know how to eat, so it’s just helped me make better decisions overall.”

Caliber has also helped her debunk myths that she’s had about certain workouts. She always believed that cardio was the secret to weight loss, but Caliber helped her to understand that while cardio really can help speed up the process, it’s the lifting and the building of muscle mass that’s going to help you stay strong and keep the pounds off long term in a way that’s healthy.

And while Stephanie is at a place where she’s happy with the physical results, she’s quick to point out the mental benefits have been significant too. “I feel better when I complete the exercises,” she explains. “I don’t feel drained, and I think again it was cracking that myth that exercise always has to be strenuous. This has just improved my energy overall because I’m not wearing myself out each time, and I’m getting stronger.”

She attributes much of Caliber’s effectiveness to the fact it isn’t promising a quick fix. “As a marketing professional, knowledge is power, and I see the promises that are made from a lot of companies,” she says. “The only promise that Caliber made to me is that I would figure out how to lose weight in a healthy manner, and that I could do it in a way that fit my lifestyle. Other companies and programs always want you to adjust to them. And I think that’s the big difference and why the success rate is probably high. I can’t say enough good things.”

How Online Training Fits Into Her Life

It also takes her personal preferences, lifestyle choices, and injuries into account, and her strength coach works to adapt her routine whenever one of these – like a recent back injury – comes into play. “She’s adjusted my workout so many times, I can’t even count,” she says.

It’s this flexible approach that has motivated her to stick with it and is also why she recommends the program to anyone who feels lost when it comes to fitness. “What’s great about this is it’s not extreme; it’s a way to sustainably be healthy for the rest of your life,” she says. “If anything, it’s educational. They’ve changed my life with it, and helped me achieve things that I actually doubted I could do, so that’s been a real gift.”