“Coming from a medical background, I feel like the information provided by Caliber is reliable,” he says. “A lot of that stuff out there is quackery or dangerous. I’ve never had that feeling with Caliber. The stuff that is recommended is carefully recommended, and only if they truly have confidence in that information.”

It's backed by science to be effective for building muscle." 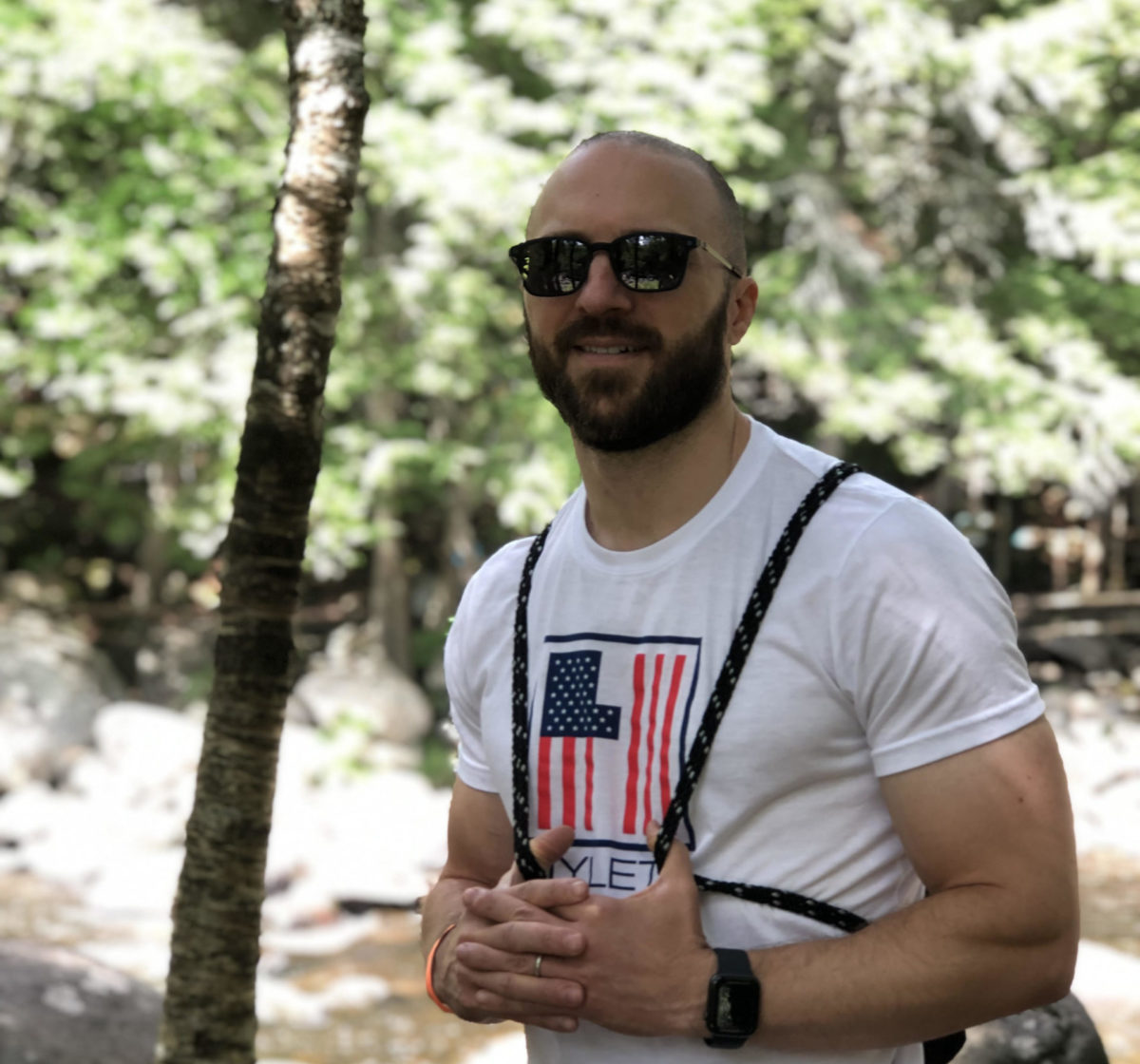 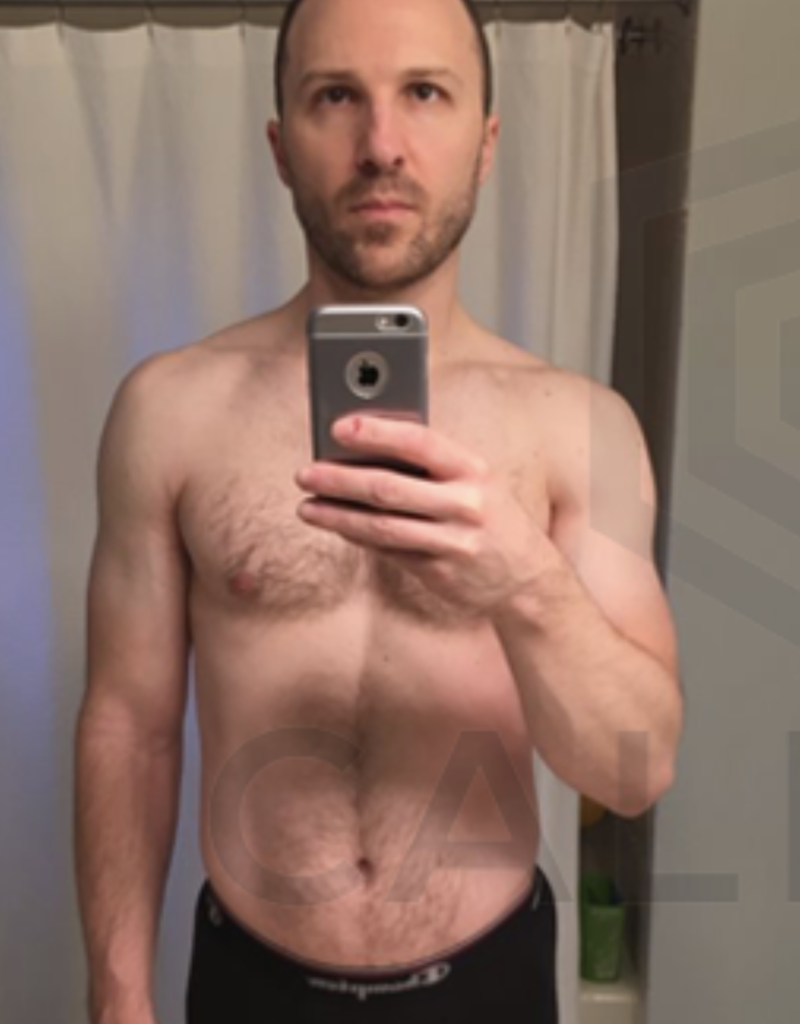 Before Jason stumbled upon Caliber, he didn’t have much of a workout structure. He’d spent much of his adult life in medical school or residency, which didn’t allot him enough time to develop a fitness routine. “I also had a baby at the end of residency so I was occupied with that and starting a practice,” he explains. “So I didn’t really get into doing anything for a couple years after that.”

After establishing his private practice, he began visiting the gym more regularly, but he wasn’t entirely satisfied with just using the elliptical or treadmill and wanted to switch up his routine. As someone who couldn’t easily slot classes or in-person training into his schedule, he needed a program that was flexible. “I had done some weight training from competitive sports in the past, so I wanted to get back to that,” he says. “I don’t like that model of being tied to classes, and I like to do my own thing.” 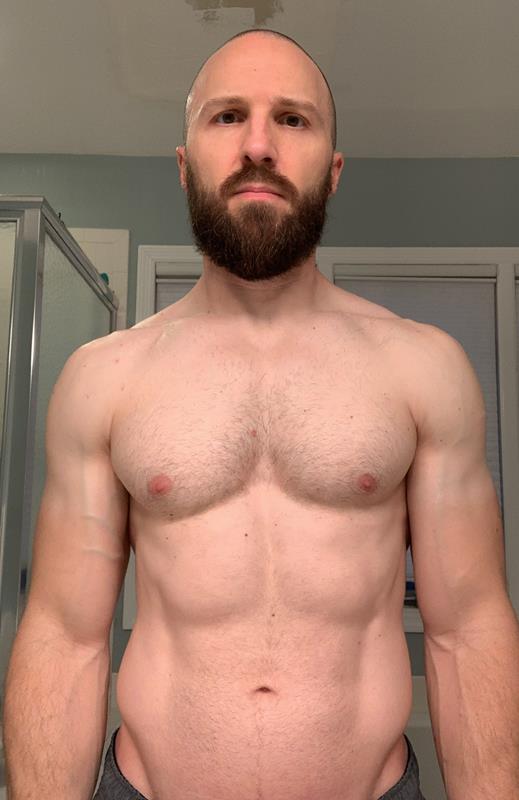 Jason and his coach also worked together to establish a plan that was tailored to him. “Along the way, I would tell him that there was a certain exercise that I liked or didn’t like, and he would knock it out,” he says. “There were also some periods when I felt a lot of soreness in certain areas, and we worked around things until they felt better. So there was a lot of evolution.”

Jason began to see results about three to four months after joining Caliber. “You could definitely see it terms of strength because that’s objective – you see what you’re able to lift,” he explains. “But the first thing that I really noticed was the clothes would fit a little bit differently.” He appreciated that the results didn’t magically appear overnight, but were instead the result of consistent workout sessions over a number of weeks, months, and now years. “It’s an evolution,” he says. “It’s not an overnight process. People look at these things online and think, oh they look amazingly different in six weeks. That’s a bunch of baloney. It takes time to see the results you’re looking for.”

Even though the physical benefits of using Caliber are undeniable, Jason is also quick to point out the mental and social benefits, too. “I’ve often said to people that doing this is a little bit like taking an antidepressant or something,” he says. “It definitely helps take some of the stress out. I’m also in a solo practice, so through the nature of my work, I don’t have a lot of social outlets. When you go as regularly as I go, you develop these social relationships with people outside of your little sphere, which I’ve come to look forward to. It’s sort of the early morning club.”

Being a part of that early morning club is what enables him to continue to use Caliber, despite his demanding schedule. “I’m a 5 o’clock in the morning guy, so I go and do it and then I go along with the rest of my day,” he says. “With Caliber, you can do it anytime, or if you do have an off day, then you can do it at a different time of day.”

Jason believes the program could benefit anyone who’s motivated and doesn’t expect to see results overnight, but someone who is willing to stick it out, like he has. “I think the length of time I’ve been with Caliber speaks for itself,” he says.