Jamie had always prided himself on being active. He worked out regularly, enjoyed snowboarding and surfing, and never had a problem sticking to a routine. But at 50, he herniated a disc in his lower back and was forced to take a hiatus from working out. “I thought my days of working out were over forever,” he shares.

It improves my endurance and helps me understand just how far I can really push my body." 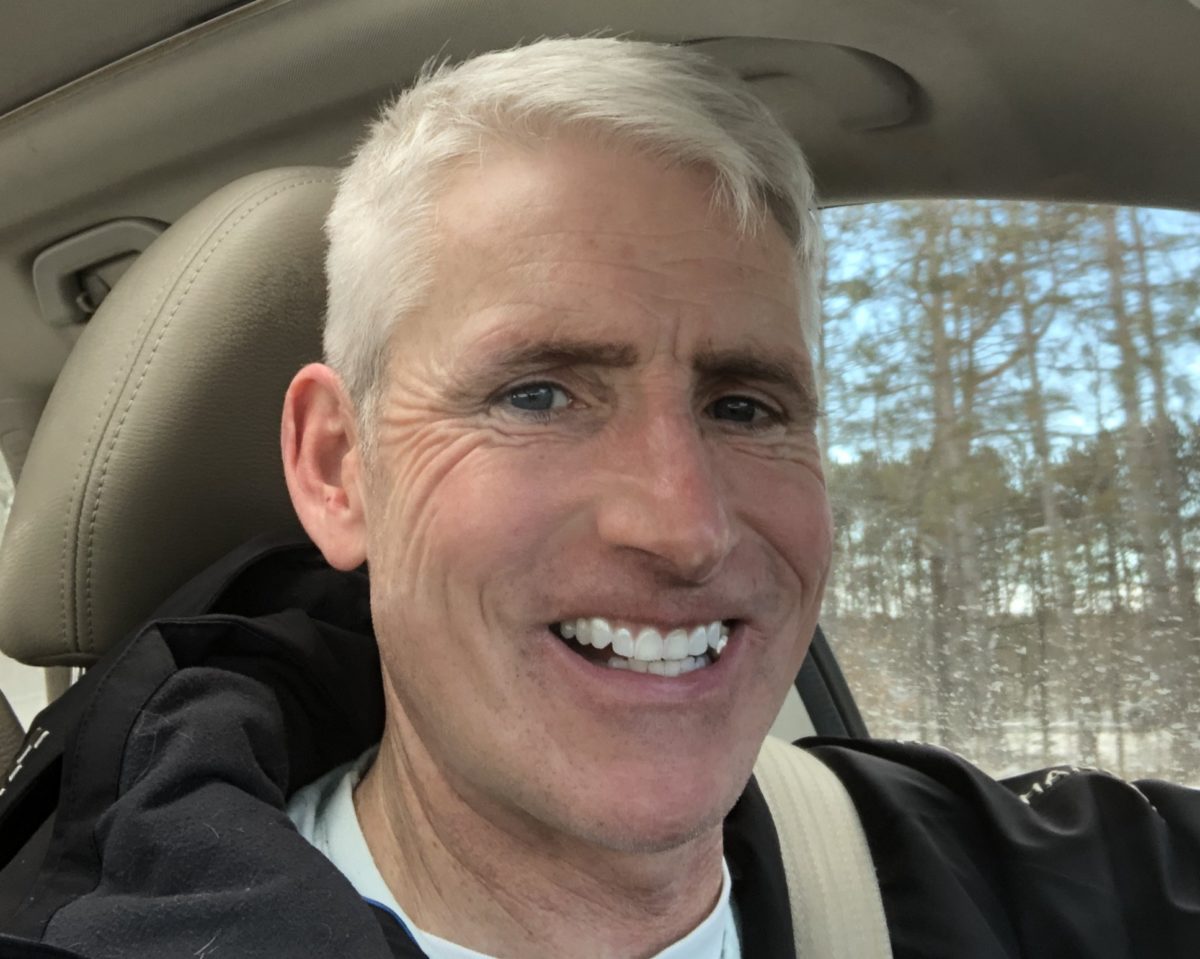 Even the most disciplined exercisers can be thrown off course by an unexpected life event. Jamie, a broker at a real estate firm based in Northeast Harbor, Maine, had always prided himself on being active. He worked out regularly, enjoyed snowboarding and surfing, and never had a problem sticking to a routine. But at 50, he herniated a disc in his lower back and was forced to take a hiatus from working out. “I thought my days of working out were over forever,” he shares.

Fortunately, that wasn’t the case, but it took a while before he was able to reintroduce exercises that had previously been most effective. “Once I recovered enough, the only exercise I could do was swimming laps in the pool, which was super boring, and then I got a little soft,” he explains. About a year after his injury, he was able to start lifting weights and running again.

“I was in good shape, but I wasn’t getting the results that I used to have,” he shares. “So this winter, I was thinking, maybe I’ll go join a local gym to work one-on-one with a personal trainer — someone to help me really progress.” He began doing some research online and found Caliber, and decided to give the two-week trial a shot. He already had a home gym, so his strength coach tailored the program based on the equipment he owned.

“I got a really great strength coach, and we hit it off,” he says. “I told him what my goals were, and I could tell the program was different. In the first week of working out, everything hurt, but in a good way. So I know that even though I had always worked out, that this was something different and that I was going to see results from it.”

He found the app and messaging to be pretty seamless. “My coach and I message three or four times a week,” he explains. “The really great thing is he’s always there if you have a question. He’s always there to explain and make sure you understand the workout.”

Another thing he’s really enjoyed about the program is logging his workouts on the app and tracking his progress. “I can just enter everything,” he says. “ I love the fact that when you’re doing the same workout the next week, you’re looking at your stats from the week before, so you can see if you can do a little bit more this week. It’s really great to have that data, which I had never had before as much as I’d worked out, and it’s really made a difference.”

He’s also found tracking what he eats to be helpful in terms of restricting unhealthy eating and drinking habits. “ I definitely try to eat a little healthier — maybe curb the cocktails a little bit during the week,” he says.

Finding Success Through 1-On-1 Coaching

While he’s already a motivated person, Jamie finds the praise he receives from his coach helps to incentivize him even more. “Having the strength coach makes you want to push yourself because who doesn’t like praise?” he says. “When you upload new photos to the app, you can’t wait to hear from the coach to hear what they say. I told him exactly what my goals were going into it, and he knows what I want to see and what fitness I want to achieve.”

What he’s been able to achieve has already surpassed is expectations. “Although I was fit before, I guess I thought that being in my 50s, this was as fit as I was going to get,” he says. “It was nice to know I could see improvements, even at the age of 53.”

Not only has he seen improvements, he thinks that in some ways, he’s probably in better shape than he’s been in the past. “I probably have more endurance,” he shares. “ I definitely feel that I’m overall more fit. I have a better understanding of nutrition. I understand my body more and know how far to push it without pushing it too far.”

Despite the many physical benefits he’s gained from the program, he’s experienced a few mental ones too. “I think working out is just so good for you,” he shares. “It definitely relieves stress, and just knowing how much better you look, it just makes you feel really good.” It’s also shown him that he’s tougher and more disciplined than he’s given himself credit for in the past.

His next goal? Getting back the six pack he had up until his late 40s, and seeing where the program will take him. “When you first start out you just want to get through those first 12 weeks,” he says. “And then it’s like, what’s next? What will this next 12 weeks bring? It’s kind of exciting.”