Will Eating Before Bed Make You Fat? 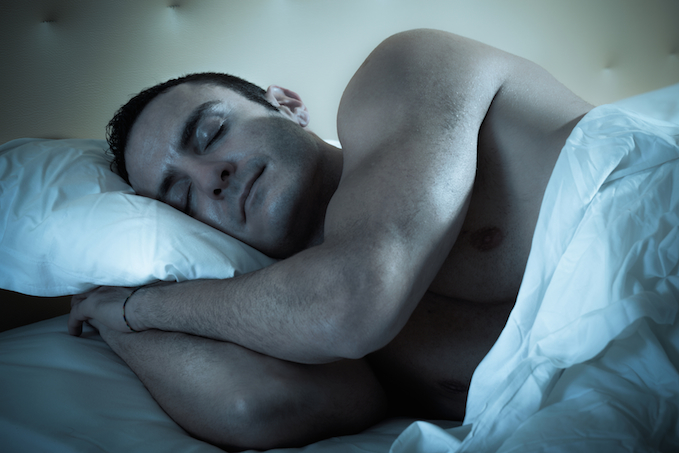 I was hanging out with my dad over the weekend when he told me that he was trying to lose a couple pounds, so he “wasn’t going to eat anything after 5pm”.

When I asked him why, he responded, “Your metabolism is slow at night, right? So most of what you eat turns to fat.”

This instantly reminded me of another conversation I had just last week with my friend Daniel. Now this is a guy who works out 5 times per week consistently, logs his food, and looks like he knows what he’s talking about – he’s big, lean, and muscular.

But when we started discussing the diets we went on to lose weight for the summer, he said something that surprised me:

“I got my body fat down to single digits but man, I really hate not being able to eat at night. I’m always so hungry then.”

“Because if you eat anything before going to sleep, it makes you fat. Your body’s metabolism shuts off when you go to bed so you can’t burn the calories from the food, and it all gets converted to fat.”

This idea that eating before bed will make you fat is incredibly prominent, but is it true?

Does your body really just shuttle all of the food you eat at night directly into fat cells before shutting down and signing off for 8+ hours?

Luckily for me – and for everyone else who loves to eat big meals at night – there’s no truth at all to this surprisingly common belief.

What Happens To Your Metabolism When You Sleep

When you go to sleep, your metabolism slows down. No doubt about that!

Let’s take a look at some numbers. This is how many calories the average 185 lb man will burn during 30 minutes of each of the following activities:

No surprise here – sleeping burns the fewest calories in a 30 minute period (but not that much fewer than sitting down watching TV).

It’s important to note that your body certainly doesn’t shut down when you go to sleep. In fact, sleep provides a great opportunity for the body to repair and restore itself. Muscle growth, tissue repair, protein synthesis, and growth hormone release all occur during deep sleep.

Even so, there’s no denying that your body is the least active and burns the least amount of calories when you’re sleeping. I assume this is the reason behind the myth that you shouldn’t eat anything several hours before going to bed, but the logic is flawed.

If you’re consuming approximately the same number of calories as you’re burning, your energy balance will look like this: 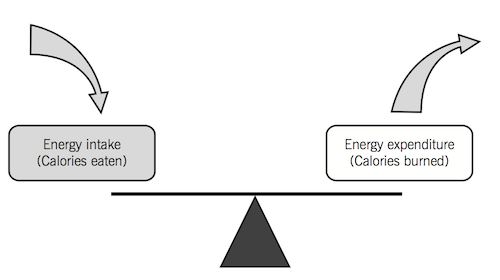 It’s actually very simple, but the fitness industry loves to overcomplicate everything to the point where most people just feel confused and desperate, ready to buy whatever miracle weight loss scam that is being hawked by Dr. Oz.

It doesn’t matter if your body doesn’t burn many calories at night. What does matter is how many calories your body burns, in total, at the end of the day, and whether or not you’ve eaten more or less than that.

However many calories you’re burning when you’re sleeping, working, exercising, etc. is only relevant as far as it contributes to the bigger picture.

I have several clients on meal plans that have them eating large meals at night, sometimes in excess of 1000 calories. I myself cut down for the summer eating large plates of chicken and pasta only a couple hours before bed – with ice cream to finish it off!

The proof is in the results – eating at night has no detrimental effects on fat loss.

Free Yourself From Outdated Dieting Rules

Now that you know that eating before bed will not make you fat, use this knowledge to plan a diet that actually works for you and fits in with your lifestyle.

Following a dieting strategy that fits your schedule is one of the most overlooked factors when it comes to successful weight loss.

Bob is a 40 year old man trying to lose weight. He wakes up every day at 5am and leaves to go to work before his wife and kids wake up. After a long day at the office, he wants to do nothing more than relax with his family at the dinner table and enjoy a nice meal with them.

But there’s a problem – Bob believes that he can’t eat a large meal so close to bedtime or else he will get fat. So every night, using every ounce of willpower he can muster up, Bob resists eating the delicious meal before him, instead eating only the tiniest portion so he won’t gain weight.

What used to be the part of the day he looked forward to the most has become a battle of willpower, only adding to his already-high levels of stress.

One night Bob decides to just say, “Screw it, I’m eating whatever I want,” and loads up his plate with massive portions of chicken cutlets and mashed potatoes.

But that’s not at all.

Because he’s already broken the diet, he feels he might as well go all the way. Potato chips, Chips Ahoy cookies, Ben and Jerry’s Chunky Monkey ice cream, even a bag of stale pretzels… it’s all game now. The binge has started, and no food in the pantry or fridge is safe from Hurricane Bob.

We’ve all been there. I know I have.

This could have all been avoided with a smart meal plan. If Bob understood that eating a lot of food at night isn’t a problem in and of itself, then he could have worked out a strategy that allowed him to both lose weight AND enjoy dinner time with his family.

I see many different types of situations like this all the time, and all it usually takes is a small change in perspective to help someone figure out a way of eating that comfortably fits into their lifestyle. That’s when dieting consistency begins, binging stops, and you start seeing real results.

Eating before bed doesn’t make you fat. Excess calories make you fat. Use smart meal planning to plan out a dieting strategy that fits into your lifestyle and helps you get the results you want.