Why Most Personal Trainers Suck 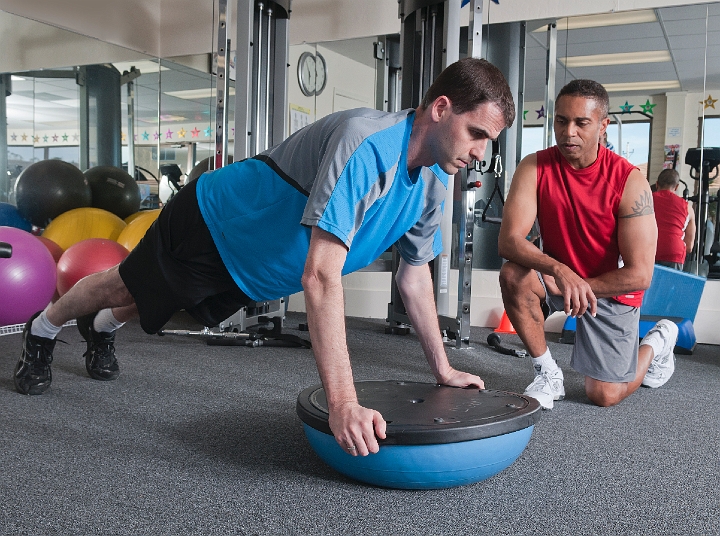 If you’ve ever spent any amount of time in a gym, you’ve probably seen this scenario play out…

A guy resolves to get in better shape (lets call him Dave), so he decides to join his local gym and finally make it happen. He’s always been a skinny guy, and wants to build some muscle mass so that he doesn’t have to keep his shirt on at summer pool parties anymore.

Upon signing up for a gym membership, Dave is given the customary welcome tour, and is then told that he gets a free personal training assessment – and since it’s free, he decides to go for it.

And sadly, unbeknownst to Dave at this time, this is the beginning of a long cycle of expensive failure.

Let’s follow what happens to Dave next to see why this happens.

So he shows up for his assessment, excited to begin making progress, and is greeted at the door with a firm handshake and a toothy grin by his new personal trainer (let’s call him Joe).

Joe proceeds to give Dave the full assessment, which consists of all sorts of mobility tests and body fat measurements.

Dave does poorly on most of these tests – but Joe says that he has just the prescription that that will get him in great shape. Dave feels a bit better, and plunks down the cash for a 10 session package.

Their first actual training session goes well, or at least it seems that way to Dave.

Joe has him doing all sorts of strange movements that are pretty tough – including some one-legged bicep curls on a Bosu ball, kettle bell swings, hopping through an obstacle course that Joe neatly laid out on the floor, followed by 20 minutes of brisk cardio on the elliptical.

And damn, after all of that Dave is covered in sweat and feeling pretty optimistic that he’ll be jacked in time for summer.

Dave has gone through his initial package of 10 personal training seessions, working out 3 times per week with Joe on average. He also bought another package – this time, for 20 sessions – and is about half way through that.

In total he has spent over $2000 on personal training sessions with Joe since he started.

As for results, well, he does feel a bit better.

He mobility has improved, and he can do the cardio sessions as the end of the workout sessions without feeling winded; in fact, Joe now has him doing cardio while holding 10 pound dumbbells to make it more difficult.

But with summer fast approaching, he is dismayed to find that he actually weighs less than before!

He also doesn’t look any different in the mirror, and wonders when he’ll develop that barrel chest and cut six pack that he wants to show off.

Joe assures him that it just takes time, and that muscular bodies like that aren’t built over a matter of days (or weeks, or even months).

Ok, so let’s check in with Dave a year down the line.

He is still training with Joe, but sometimes doesn’t know why he even bothers to show up.

He looks about the same as when he started, and the hope that he had for taking his shirt of at the pool quietly died sometime about six months ago.

And sadly, no amount of enthusiastic high-fives from the ever-eagar Joe is going to change that.

Dave started his personal training journey with the best of intensions and a clear goal (to build muscle and look good at the pool) – so how could he still not look the way he wants after 1 year of training and thousands of dollars spent?

Well, a whole hell of a lot went wrong – and we’ll go over all of it next week!

Update: Check out part 2 of the article here.