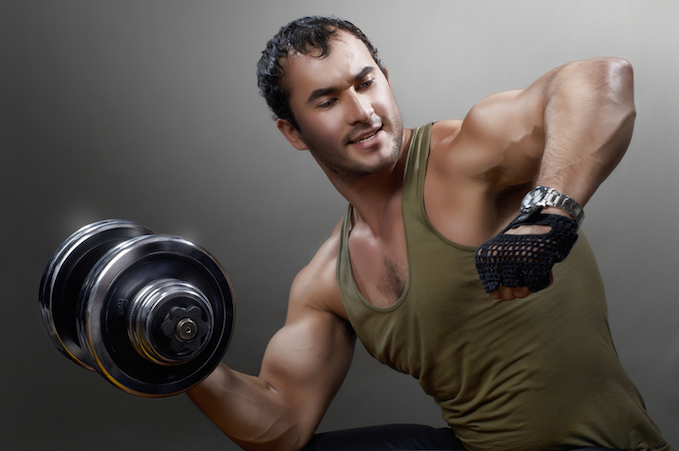 When you’re at the gym, you’ll see guys working out in a whole lot of different ways.

Some of them will be following a specific plan, and logging what they do in each gym session.

But this scenario is actually pretty uncommon…

What is a lot more common is to see guys doing a whole bunch of random shit – without much rhyme or reason to what they’re doing.

Ben, a guy I know from the gym where I work out, is a great example of this.

He’ll get to the gym, load up the bench press, and bang out a few sets of however many reps he can do (or feels like doing that day).

Then, after he gets tired of doing that, he’ll go over and do a couple sets of bicep curls – again, for some arbitrary number of sets.

After biceps, he’ll generally do some shoulder presses, and a few sets of pull-ups.

Finally, he’ll finish it all off with this strange looking thrusting exercise on a swiss ball (I assume for his abs, but it’s hard to tell).

To Ben, this seems like a pretty good workout – after all, it’s what he has done for the last 10 years, since back in his college days.

Well, unfortunately for Ben, it is broke – and he needs to fix it if he wants to start making some progress.

You see, without a sound training plan that is developed with his specific goals in mind, Ben is doing little more than spinning his wheels each time he sets foot in the gym.

Yup, it’s extremely unlikely that he’ll get any stronger, bigger, or leaner by working out in this way…

In fact, Ben has looked pretty much the same since he joined the gym, which was roughly 3 years ago.

And he has been going consistently the entire time!

So, to get to the bottom of this mess, let’s take a quick look at why so many guys like Ben have such a haphazard, unsystematic approach to their workouts.

Yes, I know each machine sometimes has a cute little diagram telling you how to safely do the exercise, but that’s not what I’m talking about here.

Basically, gyms don’t come with a clear set of guidelines on how to use them for maximum effectiveness.

So, what typically happens is that most people just kind of hack it together as they go along – adding bits and pieces to their workouts each year.

They learn about bench pressing pretty early, of course, so they make sure that is a staple of their workouts.

And so it continues, until they have developed a workout routine that they’ll often stick to forever.

A workout that may contain some of the right pieces, but that lacks any cohesive structure and focus.

In fact, many of these gym plans look like they were cobbled together by Dr. Frankenstein. They resemble something that kind of looks like a proper gym routine, but upon closer inspection there are some pretty glaring deformities.

What almost always happens is that certain body parts end up getting worked out WAY more than others (I’ll let you guess which ones are neglected), leading to all sorts of muscular imbalances.

You ever see a guy walking around where the back of his hands point forward like a cavemen (like in the picture below)? 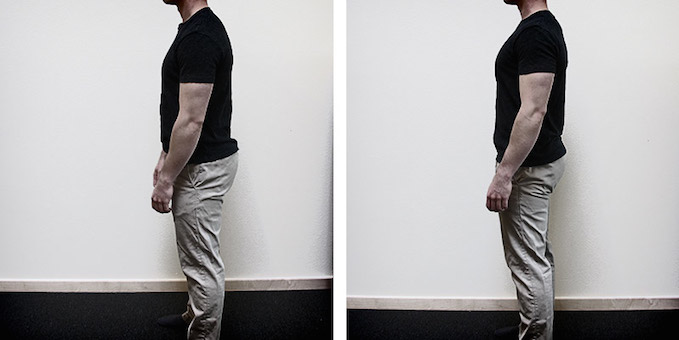 Well, that guy has probably been spending way too much time working out his chest compared to his back, leading to that recognizable neanderthal posture.

And then there’s another problem with working out like this…

People end up doing a whole bunch of exercises that are absolutely useless, just because they’re still following what some other person showed them one time back when they were 23.

I’ll give you an example from my own history of gym mishaps.

For years, I would do weighted side bends, which I for some reason believed were integral to building my oblique muscles.

All I know is that somewhere along the way I had concluded that this exercise was important, and it became absorbed into the mishmash of things that made up my workout plan.

After doing this for a couple years, for no apparent benefit, I finally stopped to ask myself why.

And after I did some research, I realized that these were a complete waste of my time.

Actually, they were worse than a waste of time; they actually made my oblique muscles disproportionately large, which simply made me look fatter than I was.

This is obviously only one small example of the problem, but I hope you get the picture.

The truth is that a lot of us tend to work out in a certain way just because.

And as I’ve said before, it’s easy to just go through the motions when you have something in place.

A Smarter Approach To Working Out

Now, I am not going to sit here and tell you that there is one perfect, magical gym routine that you should follow to the dot.

There are a lot of different programs that can work, but the ideal routine for you is going to depend on a whole bunch of factors, including your goals, level of experience, and what simply fits better with your lifestyle and temperament.

But I will say this: you need to be following a balanced, well-thought out gym plan that is focused on progression.

You see, progression is the key ingredient that leads to real progress in the gym.

It is what allows you to do one more rep or to increase the maximum amount of weight that you can lift.

In short, it leads to tangible results; you know, actually making you bigger and stronger.

And I promise you that you will never make any significant progress if you approach your workouts like Ben in my example above.

You will end up spinning your wheels month after month, year after year.

I’ve seen it hundreds of times: well-intentioned, committed guys like Ben who just don’t have a solid basis for what they’re doing.

So, my advice for today is to take a cold, hard look at how you work out and figure out if you’re following a smart plan – or if you’re just chugging through various exercises that you’ve lumped together over the years.

If it is the latter, you owe it to yourself to change this ASAP and start making real progress.

And if you need some help with this, I invite you to check out our online personal training services.

We’ll put together a sensible workout plan for you that is created from the ground up around your specific goals and lifestyle.

And no, it won’t include weighted side bends, I promise…