What Is The Slow Carb Diet? 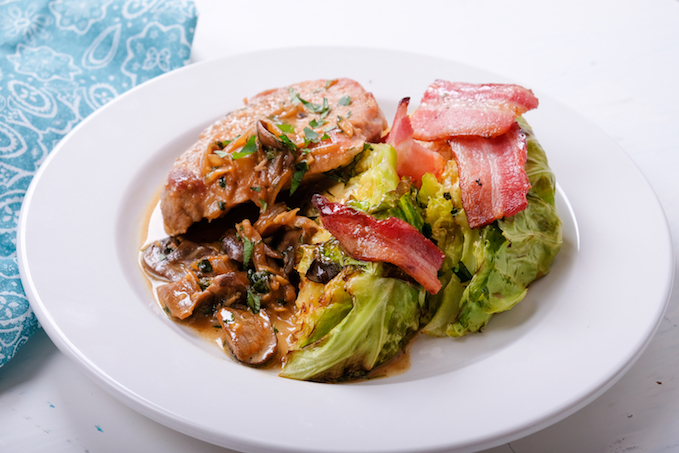 The slow carb diet has gained a lot of popularity over the last 7 years.

It was originally developed by Tim Ferriss in 2010, and released as part of his ‘4 Hour Body’ book.

He claims to have lost 25 pounds in 6 weeks using this approach, and many others have found success with it as well.

Obviously one has to be healthily skeptical about such extreme weight loss claims, but when you cut through the hype I do think that it’s a fairly simple rule-based diet that can be a good option for certain people.

In this article, I’ll be taking a closer look at the slow carb diet – focusing on how it works, the rules of the diet, and some of the pros and cons that you should consider before giving it a try.

The Slow Carb Diet is based on a low-glycemic approach to eating.

This involves trying to keep you feeling more full – and therefore less likely to overeat – by reducing insulin fluctuations.

Unlike many other diets, this particular one doesn’t have an extensive backstory.

Basically, Tim Ferriss is a renowned ‘life hacker’, so the approach is largely based on his own process of personal experimentation over the years.

Like the Paleo Diet, the Slow Carb Diet is primarily based around restricting certain foods.

There are no specific portion limitations, or timing rules – everything is based around what you can and can’t eat.

Here are the ‘approved’ foods that you can eat:

And here are the ‘restricted’ foods that you can’t eat:

You also get one cheat day per week, where literally anything goes!

In fact, on your cheat days, you’re encouraged to stuff yourself as much as possible – since that is supposed to help with sticking to your diet during the other 6 days of the week.

It has been said that Mexican food is particularly suitable for the Slow Carb Diet, due to the particular foods that popular dishes tend to contain.

The Positives Of The Slow Carb Diet

The Negatives Of The Slow Carb Diet

Is The Slow Carb Diet Right For You?

In many ways, the Slow Carb Diet is fairly similar to the Paleo Diet – so if you’re looking for a rule-based diet that is designed primarily around food exclusions, then this could be a good option for you.

The main difference between this and Paleo is that you are allowed to eat legumes (like beans), but aren’t allowed to eat fruit (due to them being high-glycemic) or potatoes.

Also, like Paleo, only having to worry about food choices – and not portion, macro, or timing rules – can make this a simpler and more enjoyable diet to follow for certain people.

In addition, it can often prove to be an effective diet for weight loss, since the food exclusions make eating at a caloric deficit more likely (although certainly not guaranteed).

The weekly cheat days are a bit of a double edged sword.

On the one hand, the no-holds-barred approach to cheat days can help you feel a lot less deprived on the diet, and therefore more likely to stick to it long-term.

On the other hand, you can easily pack in far too many calories in this weekly food binge, and end up greatly reducing the deficit that you’ve built up during the week, limiting your progress.