What Is The Paleo Diet? 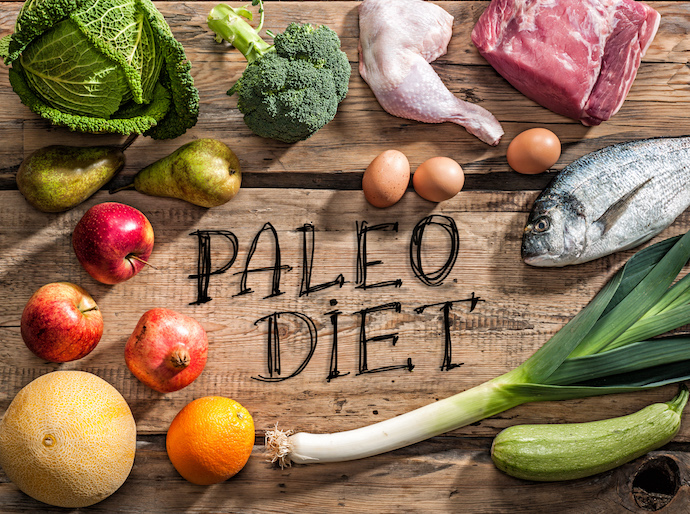 Now unless you’ve been living under a rock for the last several years, you’ve probably heard of the Paleo diet before.

It is what sparked the whole gluten-free craze, and is the companion diet to the somewhat cultish CrossFit phenomenon.

But I’m getting ahead of myself here…

In short, the Paleo diet is designed to emulate what our ancestors used to eat – before processed foods, and even before farming.

This is also sometimes known as the Caveman diet, or the Paleolithic diet.

In general, the Paleo diet is high in fat, moderate in protein, and fairly low in carbohydrates.

The Paleo diet comes with a compelling narrative…

The basic story is that around 10,000 years humans started farming – and from that point on our diet changed considerably from what it had been for millions of years before.

Prior to that, during the Paleolithic era, our ancestors didn’t eat grains, legumes, or dairy – and obviously didn’t consume any processed foods either.

Supposedly, the introduction of these foods in our modern diet are in part responsible for growing obesity rates, and diseases like diabetes and heart disease.

Instead, the Paleo diet argues that as humans we are evolutionarily optimized to primarily eat meat, fruits, and vegetables – and, by doing so, we’ll feel better, get leaner, and live longer lives.

Not surprisingly, these are the types of foods that the Paleo diet is largely based around.

In terms of rules, the Paleo diet is entirely based around food exclusions, with no requirements for portion sizes, macronutrients, or meal timing.

Yes, with the Paleo diet you are encouraged to eat whenever you’re hungry and continue eating until you feel full.

There is a strong preference for organic foods when possible, since they are closer to what our ancestors would have eaten, but this isn’t absolute.

Here is a list of the ‘approved’ foods & general guidelines:

And here is the list of ‘restricted’ food that you aren’t allowed to eat:

The Positives Of The Paleo Diet

The Negatives Of The Paleo Diet

Is The Paleo Diet Right For You

I believe that the Paleo diet is a great diet for certain people, but it is definitely not for everybody…

It has helped many people lose weight, since the numerous food choice restrictions make eating at a caloric deficit far more likely.

In addition, only having to worry about food choice rules – and not about rules related to portions, macros, or timing – can make it a lot more straightforward than other rule-based diets.

Additionally, you don’t have to look far to find stories of people feeling a lot better on a Paleo diet, since they end up cutting out a lot of the crap they were eating before, and replacing it with more nutrient-dense food choices.

All of that being said, if you really enjoy some of the foods on the restricted list (like grains, for one), then you may find eating Paleo long-term quite difficult to manage.

On top of that, you may find that you don’t end up consuming enough carbohydrates on a Paleo diet, which can result in your workouts suffering and ultimately making it difficult to put on as much muscle.

If you do decide to try Paleo, I suggest making sure you eat potatoes regularly, since this is one of the carb-dense foods that is still on the ‘approved’ list.