What Is The Military Diet? 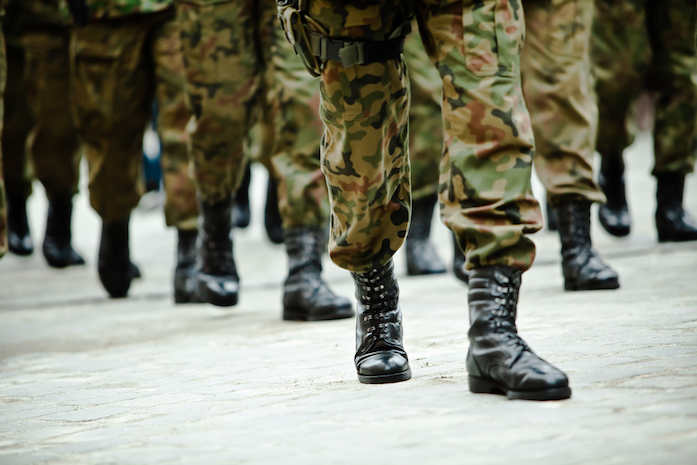 In the past week alone, I’ve had two people come up to me in the gym and ask me about The Military Diet. Usually I’m aware of the various fad diets that pop up now and then because clients always ask about them, but this one I had never heard of.

The people who asked me about it were intrigued by The Military Diet because it’s a strict 3 day diet that promises 10 pounds of weight loss in a single week.

Suffice it to say that I already had formed a negative opinion of this “miracle” diet before I had researched it, but for the sake of educating our audience, I put in the legwork and did some research (that’s how much I love you all).

So what did I find?

Is The Military Diet just another fad diet with big promises that fails to deliver?

Or have the creators of The Military Diet finally discovered the holy grail of weight loss that defies the laws of physics and allows you to lose 10 pounds in just a week?

Where Did The Military Diet Come From?

Like most fad diets, The Military Diet comes with a promising story that makes it more fun to believe in its fairytale weight loss promises.

As legend has it, The Military Diet was created by nutritionists in the US Military whose goal was to quickly transform legions of soldiers into lean, mean fighting machines.

Ah yes, the classic formula: some sort of “expert” – or group of experts – discovers a special weight loss tactic that until now was kept secret from the public.

That’s pretty much as far as the story goes, though, and as far as I can tell, there’s no truth to it. But hey, a fabricated backstory never stopped a diet from gaining massive popularity before, so why start now?

The First 3 Days Of The Diet

Here’s the gist of The Military Diet…

For 3 days in a row, you follow a very strict, low calorie meal plan. Here’s what that meal plan looks like:

This 3 day meal plan looks like the diet of a person in prison who’s forced to give half of their food away so they don’t get beaten up. Seriously, one egg and slice of toast for lunch?? A can of tuna and half a banana? 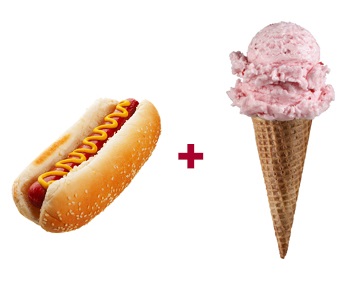 Do hot dogs and ice cream have magical weight loss properties? No.

The real crime here is that even though you’re ALREADY on a very strict low calorie diet, the food choices are just mind boggling…

Foods like hot dogs and ice cream are terribly unsatisfying for the amount of calories they contain, and this diet has you eating nearly 30% of your calories as ice cream on Day 1!

Half a cup of broccoli? Really, you can’t even let these dieters ingest a full cup of hunger-satiating broccoli because of the extra 15 calories?

To fully convince you what a terrible idea this diet is, I took the liberty of logging each of these days in FatSecret to find out exactly how many calories you’d be getting as well as the macronutrient profile.

Here’s what it came to:

If you average out the total calorie intake over the 3 days, you’re getting only 970 calories per day. That’s an extremely low level of calories for your average person and is likely going to make you feel like shit during the whole 3 day dieting period.

With only 60 grams of protein per day on average, you would be losing muscle at an alarmingly fast rate.

If you’re doing any sort of strength training (which you should be), then you can expect your lifting numbers to be plummeting due to this low level of protein intake. That’s IF you have the energy to actually work out at all on this diet.

Hey, at least we know where some of the weight loss comes from! You’ll be burning off muscle at super speed.

So if The Military Diet is a grueling, food-restrictive, super low-calorie diet for 3 days of the week, then surely you get some sort of break from the madness on the remaining 4 days you’re NOT on the diet.

The guidelines for The Military Diet simply call for you to follow a less strict diet (in terms of food choices), but still require you to stay below 1500 calories per day.

In other words, it’s 7 full days of low calorie eating, except that for 3 of those days you’re restricted to the specific foods in the meal plan.

Wait, you mean this diet is just based on low calorie eating 7 days a week – that’s the secret?

Yes, if you eat a low calorie diet every day of the week, then you will lose weight. We’ve covered this principle multiples times on our blog here at Caliber Fitness.

But you certainly won’t be losing 10 pounds of fat within a week unless you’re extremely overweight, and even then, the initial weight loss is going to be mostly water.

If I haven’t been clear enough about my contempt for fad diets such as The Military Diet throughout this article, let me be state it outright:

The Military Diet is garbage.

It’s a complete waste of your time and if you’re considering following this diet – or any other fad diet like it – then I suggest you seriously reevaluate your approach to dieting overall.

If you continue to jump from one fad diet to another, hoping each time that you’ve finally found the miracle you’ve been searching for, then you’re going to spinning your wheels forever, endlessly yo-yo dieting without ever seeing the long-term results you really want.

Instead, learn the fundamental principles of proper dieting and free yourself from fad diets, “magical” foods, and overblown promises.

Then and only then will you finally be able to get the kinds of results you’re looking for.