What Is The Atkins Diet? 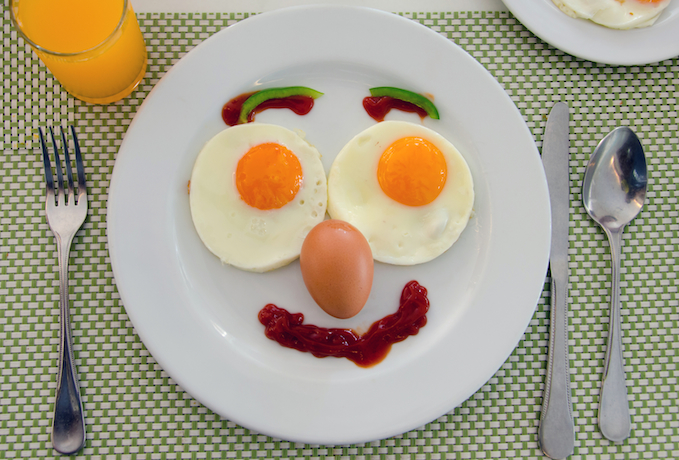 This is probably one of the most popular, well-known diets of the last decade.

Basically, the Akins diet is a type of low-carbohydrate diet, pioneered by the late Robert Atkins.

As far as modern diets go, it has actually been around for quite a long time – originally being published in the journal of the American Medical Association in 1963 – but only started to gain significant popularity around 2003 and 2004.

Yes, the Atkins diet has become so culturally pervasive that it is now almost synonymous with the low-carb trend.

But what is the Atkins diet, exactly, and how does it work?

More importantly, is it a diet that you should consider trying out yourself?

This article will help answer these questions, while taking a look at the pros and cons of this controversial diet.

How Does It Work?

Everyone knows ‘low-carb’ as a buzzword, but most aren’t familiar with the science behind the concept.

Most low-carb diets, including Atkins, are ketogenic in nature.

Ketogenic diets are designed to put your body into ketosis – a state where you start breaking down fat for energy instead of using glucose.

You see, when you don’t eat carbohydrates, you end up having very low levels of glucose in your blood. In turn, this forces your body to search for other forms of immediate energy – which means that it has to start breaking down either fat or protein to meet its energy demands.

When this happens, your body will end up breaking down fat as its primary energy source, using one of the byproducts, known as ketones, for energy instead of glucose.

Atkins claimed that this gave followers of his diet a ‘metabolic advantage’, since breaking down fat for energy requires more calories, resulting in a higher overall energy expenditure.

And while the main crux of the Atkins diet rests on putting the body into ketosis, there are actually 4 distinct phases of the diet. Let’s go through each one briefly.

During the induction phase of the diet, you pretty much can’t have any carbohydrates at all, since you are limited to only 20 grams per day!

This means no breads, pastas, beans, and fruits. Even vegetables are often very limited, due to the few carbs they contain.

You also aren’t allowed to have any alcohol at all, and are advised to keep coffee at a minimum.

During this phase, the majority of your calories will come from fat, followed by protein. Here is a breakdown of how your daily macros might look:

As you can see, the carbs make up a tiny fraction of the total caloric intake, which is what will help induce ketosis. In general, after a few days on the diet, your body will start going into ketosis, once it has exhausted its glycogen stores.

Practically speaking, this means that you’ll mostly be eating meat, cheese, eggs, and nuts – in addition to limited quantities of green, fibrous vegetables, like spinach and broccoli.

There is no specific length of time that one should stay in the induction phase. The purpose of this phase is to force your body to adapt to burning fat as its primarily source of fuel, so the amount of time you need to do it will range based on how quickly your body adapts. In general, people tend to do the induction phase for 2 weeks to several months.

This is the phase of the diet where people often lose the most weight. In fact, it is not a surprising feat to lose 5+ pounds on your first week of a ketogenic diet, largely due to the amount of water weight that you’ll lose almost immediately.

After you have successfully acclimated to ketosis, the diet then shifts to help you slowly integrate carbs back into some of your meals. However, this happens at an incredibly slow rate.

During this stage of the diet, you’ll be increasing your daily limit of carbs by 5 grams per week, with the goal of finding the threshold where you are able to eat the maximum amount of carbs while still staying in ketosis.

In practical terms, this means that you may be able to add half a cup of spinach or a small handful of berries each day, so no major changes to the foods that you’re allowed to eat.

You would stay in this phase until your body weight is within 10 pounds of the desired level.

Once you are close to your goal weight, you’ll switch to the 3rd stage of the diet.

During this phase, you’ll be increasing carbohydrates by 10 grams per day each week.

The goal here is to find the level of carbohydrates where you are maintaining the same body weight. This may take several weeks to several months, depending on the person.

Food choices are slightly less limited during this phase, and you’ll start being able to incorporate foods like beans and fruits into your diet at moderate levels. Grains and sugary carbs, however, are still off limits.

After you have stabilized at a weight that you’re happy with, you would continue to eat this way permanently.

In theory, this will allow you to continue to reinforce the habits that helped you lose the weight, and make sure that you don’t gain it all back by returning to your carb-loving ways.

The Benefits Of The Akins Diet

Without a doubt, there are some great benefits to going on Akins – depending on your situation, and what your goals are.

Let’s take a look at some of the main ones.

When your primary goal is simply to lose weight, the Atkins diet can be a great approach.

However, this is not because of the supposed metabolic advantage that the diet gives you; rather, it is a result of the food restrictions helping to reduce calorie consumption.

For many people, it is considerably more difficult to eat an excessive amount of calories when they’re just eating protein and fat.

You get full more quickly – and, let’s face it, eating becomes more boring and less desirable, without all of those easy-to-consume carbs.

This is especially true for people who are significantly overweight. In fact, for people that have very high levels of body fat – 30% and above – adherence to the Atkins diet will almost certainly help them lose some weight quickly.

Although logging your calories is arguably the most accurate way to reliably adjust your body weight and composition, it’s not for everyone.

Some people are either too busy, or just hate the idea of keeping track of calories.

For these people, the simple, rule-based Atkins diet may be a perfect fit.

The only thing you have to worry about are carbs – and since you are allowed practically no carbs, this is very simple to keep track of.

Proponents of the Akins diet claim that it offers a whole host of additional health-related benefits.

These include reducing the risk of cardiovascular diseases, improving brain health, and improving HDL cholesterol concentrations (the good cholesterol).

The evidence for these, however, is limited – and I strongly suspect that many of these correlations are associative, rather than causal.

The Negatives Of The Atkins Diet

Now that we’ve gone through the main benefits, let’s look at some of the drawbacks of going on the Akins diet.

And, as it turns out, there are quite a few potential drawbacks. Read on.

No one could really call the Akins diet fun.

Whenever you completely restrict one of the 3 macronutrients, your culinary choices become extremely limited.

As I mentioned above, you can pretty much only eat meat, cheese, eggs, nuts, and a limited number of fibrous vegetables.

No bread. No pasta. No rice. None of the foods you love most.

For many people, sticking to this type of highly-restrictive diet long-term is very unlikely.

Not suitable for strength/muscle building

However, if you are looking to actually build muscle and get stronger, then this is not the diet for you.

Low-carb diets don’t play well with weight-lifting. You simply don’t have the amount of muscle glycogen available to power you through your workouts.

And while there are some carb cycling approaches that can be a great fit for building muscle, they make sure to include regular higher carb periods, helping to replenish muscle glycogen.

Difficult to gauge how much to eat

There is nothing magical about the Atkins diet, and any weight you lose will be a result of creating an appropriate caloric deficit.

Even if you adhere to all of the rules – eating the right foods, and not eating carbs – you may not get the results you want…

While many people will naturally gravitate towards eating less once carbohydrates are restricted, this certainly isn’t a given.

In fact, I have known more than a few guys that have gained weight on the Akins diet!

This is because the rules gave them license to overeat meat, cheese and nuts – which are typically high calorie foods – resulting in a daily caloric surplus.

On the opposite end of the spectrum, it is easy for other people to eat too little on the Atkins diet – causing them to lose weight too fast, and negatively impacting body composition and muscle mass.

While advocates of the Akins approach believe that it has numerous health benefits (as discussed above), the validity of such claims isn’t clear.

After all, the specific rules make it very easy to over-consume potentially damaging saturated fats and cholesterol, while under-consuming nutrient-dense foods, like fruits and vegetables.

The long-term impact of all of this is unclear – and there have been some studies specifically linking the Atkins diet to heart disease.

Is The Atkins Diet Right For You?

Notwithstanding its obvious flaws, there are definitely some situations where following an Atkins-based approach makes great sense.

After all, the fact is that thousands of people have lost considerable amounts of weight on it!

And this is where the diet truly excels – helping people lose a lot of weight quickly (at least at first).

For a short period of time, you can create a considerable calorie deficit simply by eliminating carbs – without changing much else or giving much additional thought to it.

However, longer-term, it is unlikely that you’ll want to maintain such a restrictive approach to eating.

How about burgers? Well, as long as you don’t eat the bun.

You see where I’m going with this…

And then there are the issues of overall body composition and general health.

If you’re a guy that wants to build/preserve muscle, I wouldn’t recommend Atkins at all. However, you may want to consider a modified-Akins approach, such as the Anabolic Diet, that has carb-loading periods to help replenish glycogen.

So, in short, if you have quite a lot of weight to lose, don’t care about maintaining muscle mass, and are only looking at a short time-frame, then you may want to consider giving Atkins a try.

However, if you do care about preserving and building muscle, and want a diet that you can effectively do longer-term, then Atkins probably isn’t right for you.

Have you tried the Atkins diet? What did you think? Let us know in the comments below.