What Is Leptin & Can It Make You Fat? 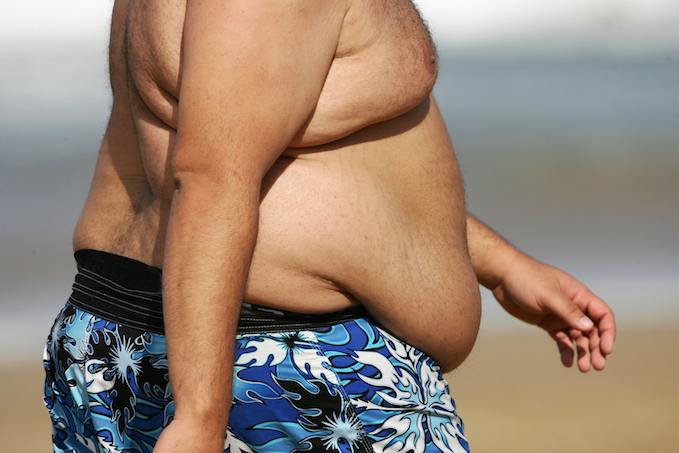 You may have heard of leptin before…

And if so, it was most likely in the context of how it impacts the amount of body fat you have.

But if you’re like most people, I’m guessing that you don’t know what it really is, how it works, or if it’s actually important.

In recent years, I’ve noticed a trend where many of the snake-oil weight loss merchants are using leptin as part of their sales approach.

Unfortunately, many of them are using it is a fear tactic – claiming that the “one weird secret” they’re selling you will help prevent the mysterious leptin from making you fat.

In fact, some of them were even claiming that leptin is primarily to blame for obesity!

So, to help clear up some of this noise, I thought it was time to write a clear, research-supported, easy-to-understand article on leptin.

My hope is that after reading this you’ll have a better understanding of this special hormone and the role that it actually plays in making you fat.

It All Started With A Not-So-Little Mouse…

You’re probably wondering what on earth a mouse has to do with leptin, right?

Well, in 1949, researchers discovered a strange phenomenon, which has become known as the OB Mouse.

Basically, there were a certain number of mice that looked drastically different from the others…

Yup, not just a little pudgy, but properly obese. 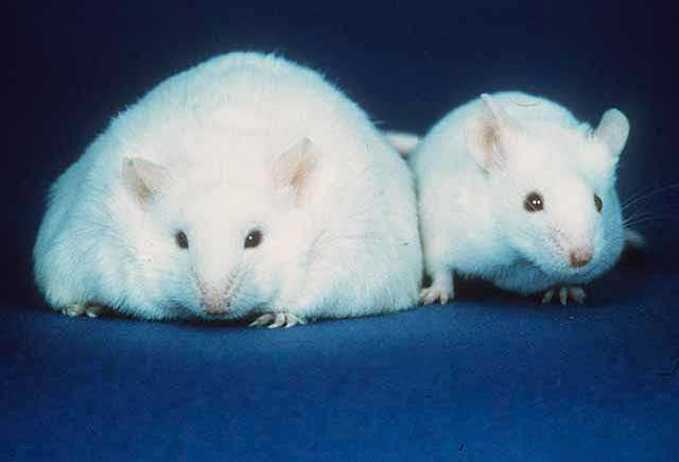 When they’re first born, they look a lot like the other mice; however, as they age, OB mice start to display strikingly different characteristics.

They have lower metabolisms, low activity levels, and they tend to eat more food than the other mice.

And, of course, the combination of these 3 factors is what leads them to becoming obese.

In many ways, the behavior of the OB mice mirrors the behavior of obese people. They don’t exercise, eat too much, and often have lower metabolisms than they should for their body weight.

But this isn’t even the interesting part…

What’s more important is what else the researchers discovered about these OB mice.

When blood samples were taken, it turns out that they had almost zero levels of a hormone called leptin.

However, when the researchers injected these mice with synthetic leptin, they would suddenly start losing weight very quickly.

Their metabolisms would speed up, they would start eating less, and their physical activity would increase.

And you can just imagine what happened after that…

The cure for obesity, it seemed, might finally be here!

Could it be that leptin, a little-understood hormone that these OB mice were lacking, was responsible for obesity in humans as well?

Spurred on by this hope, studies were quickly put together to test the leptin levels in people suffering from obesity.

However, unlike the OB mice, these people weren’t found to have zero leptin in their blood.

In fact, it was quite the opposite: they were found to have very high levels of leptin in their blood streams!

This obviously completely threw a wrench in these new theories about leptin and body fat.

But, as it turns out, leptin does play an important role in regulating body fat.

It just wasn’t as straightforward as these scientists initially thought…

The Insidious Nature Of Leptin Resistance

That is to say, even though they had significant amounts of leptin in their blood, it wasn’t doing its job properly.

You see, the ever-evolving theories on leptin had determined pretty definitively that it did play a role at helping to regulate body fat levels.

Interestingly, a small percentage of the obese people seemed to have zero leptin in their blood – much like the OB mice.

And when these people were injected with the artificial leptin, they responded just as the OB mice did.

They lost weight, had a reduction in appetite, and their metabolic rates improved.

In contrast, the vast majority of obese people, who all had high levels of leptin in their blood, did not respond to the injections.

Their appetites and metabolisms stayed the same, and they didn’t lose weight.

If you’re feeling puzzled at this point, I don’t blame you…

But I promise you that we’ll get to the bottom of this. Read on.

So, What Is Leptin Then?

Now that we understand leptin a lot better than the researchers initially did with the OB mice, we can better answer that question.

Basically, leptin is a protein hormone, which is primarily released from fat cells in the body.

As it turns out, higher leptin levels are strongly correlated with higher levels of body fat.

However, it has also been discovered that leptin isn’t only dependent on body fat; it’s also related to how much, or little, you are eating.

That’s right, there are often considerable – and fairly immediate – changes in your leptin levels if you overeat or undereat.

Yes, leptin is impacted by both pigging out and starving, in addition to how much body fat you have.

In fact, when you restrict your calories, the amount of leptin in your blood can initially drop by as much as 50%. After that, it will then start to decrease further in proportion to the amount of fat you lose.

Conversely, when you eat at above your maintenance caloric level for a few days, the amount of leptin in your blood can increase disproportionately from your body fat.

This effect can actually be manipulated to take advantage of leptin, without it needing to be induced by fat gains, but that is the subject for another article…

I should also mention that this overeating/undereating effect is strictly related to carbohydrates.

That is, if you suddenly start consuming more or less calories of fat/protein, it will not have an impact on your leptin levels.

The most important thing to take away here is that leptin is basically signaling to your brain to help regulate body fat levels.

But, in people that have developed leptin resistance, this doesn’t work properly.

And that is the key that the initial researchers had wrong.

It can’t be injected and expected to suddenly reduce body fat in people that are obese AND have built up a resistance to it (based on the amount of leptin in their blood).

However, it does work the other way around; that is, leptin is effective at increasing appetite, lowering metabolism, and decreasing activity in people with low body fat levels.

And when you think about it from an evolutionary perspective, this makes a lot more sense…

People were much more likely to die of starvation than they were of obesity!

Yup, the body is much better at preventing itself from losing weight, hormonally speaking, than it is at limiting weight gain.

But What If I’m Already Leptin Resistant?

At this point, we are still faced with what do to if you have already built up high levels of leptin resistance.

And if you have higher levels of body fat, it is extremely likely that you have built up some degree of resistance to leptin.

This means that because leptin is unable to effectively do its job – reducing your appetite, increasing your activity, and increasing your metabolism – it can be much more difficult to lose weight.

Not to worry – there is a solution to this problem.

You’ll be pleased to know that you can ‘reset’ your levels of leptin sensitivity, thereby making it much easier to lose fat and keep it off.

And that will be the topic of next week’s article, which will go over the most practical ways to fix your leptin resistance, and hack your leptin levels for maximum fat loss.