What Is A Superset & Should You Bother Doing Them? 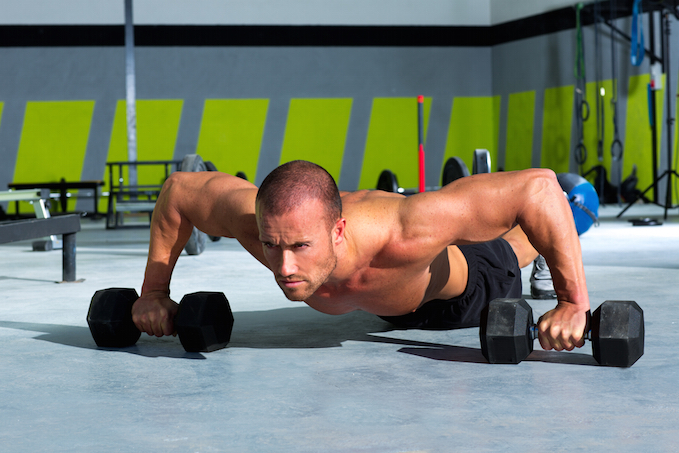 Everyone wants their workouts to be as effective as possible.

Whether that means doing better exercises, working out hard, or faster, we all want to get as much out of our time in the gym as possible.

And this explains why supersets are very popular with many people that work out.

Even the name suggests that they are better – more super – than a traditional run-of-the-mill set.

Why do a boring, regular set when you can do a superset instead, right?

But I’m getting ahead of myself here…

Some of you are probably wondering what a superset actually is.

Well, quite simply, a superset is just when you string together several regular sets, so that you are doing multiple sets in a row without taking a rest.

This allows you to pack in a greater total number of sets while you’re at the gym, and can also make your workouts feel more tiring and productive.

However, like many of the things that people tend to do in the gym, supersets are not nearly as effective as they may seem.

In fact, if you spend your time doing superset after superset, you may actually be holding yourself back from making the gains you want!

In this article, I’m going to be diving into supersets – explaining how they work, whether you should be doing them, and some best practices to consider.

How Are Supersets Typically Done?

Before I get into the meat of things here, I want to quickly touch on how supersets are generally done.

Basically, there are 2 different approaches:

2) Supersets focusing on different muscle groups (for example, a bicep exercise supersetted with a tricep exercise).

They are quite fundamentally different approaches.

One is designed to really exhaust a specific muscle group (almost like a drop set), whereas the other approach is more about maximizing your rest periods by working one muscle group while the other one has a chance to recover.

Should You Do Supersets?

If your primarily goal is to get stronger and build more muscle, then I would typically NOT recommend doing supersets.

While supersets may indeed increase the total volume of your workouts, they will not increase the intensity or the total amount of weight that you are able to lift.

In fact, the opposite will probably be true: the total amount of weight that you can lift will likely suffer.

As a result, you won’t be inducing progressive overload as effectively on your heaviest sets, since your muscles will be tired from the supersets and will probably not have fully recovered.

This means that, in effect, you’ll be inducing more cellular fatigue rather than progressive overload, which isn’t as effective at stimulating new muscle growth.

And while this may make you feel like you’re getting a great workout (your muscles will be burning; you’ll get that muscle pump), it just isn’t the best way to really develop strength and muscle for natural weightlifters.

So assuming that your goal is to build strength/muscle properly, then you should actually be doing the exact opposite – resting for several minutes between each of your sets, allowing your muscles to adequately recover so that you maximize the amount of weight/reps you can do for the next set.

In addition to all of this, there is also another more practical issue with doing supersets…

They require you to take up multiple pieces of equipment at one time.

If your gym is busy, then this is just plain inconsiderate to the other people there, who won’t be able to use various pieces of equipment that you’ve claimed for your supersets.

As a general rule of good gym etiquette, you should only be occupying one piece of equipment at any given time (unless there are very few other people working out).

So Are Supersets Ever OK To Do?

That really depends on your goals.

As we went over, if your main goal is to build strength and muscle in the most effective way possible, then I wouldn’t advise doing supersets.

However, if that isn’t your primary goal, then there are certain situations where you may want to consider doing them.

First of all, if you are looking to burn the maximum number of calories during your weightlifting sessions, within a given period of time, then incorporating supersets can help you achieve that.

This is simply because you’ll be able to pack in more total volume within a given time period, thus potentially burning more total calories. Pretty simple.

The second reason that many people choose to do supersets is simply to save time – to get in and out of the gym as quickly as possible.

However, in doing so, you may actually be shooting yourself in the foot…

If you’re mainly incorporating supersets to save time at the gym, then you should ask yourself if that time would be better spent doing 12 heavy sets – sets that are designed to stimulate optimal muscle growth – or 25 supersets that may burn more calories and give you a better pump, but will also limit the amount of weight you’re able to lift.

So the bottom line is that unless you are more concerned with burning calories than you are with building strength and muscle, you should probably give supersets a miss.

Some ‘Best Practices’ For Supersets

OK, so you really like supersets, and still want to include them as part of your workout plan.

Well, if that is the case, then there are a few basic principles that you should follow.

First of all, to touch on a point I made before, it is a better idea to do supersets with different muscle groups than the same muscle group.

If you do this, you’ll find that you can still lift more weight and make faster progress, since you’ll be giving each muscle group time to rest while the other one is being trained.

Secondly, I would strongly suggest that you limit any superset training to the latter portion of your workouts.

As another general rule, you want to focus on lower rep, strength work with heavy compound exercises at the beginning of your workouts, when you are the freshest.

Doing supersets at this point in your workouts will only serve to deplete you, and limit your ability to properly progress with these challenging exercises.

On the other hand, if you do supersets later in your workouts – restricting them to higher rep, isolation exercises – then this won’t be as much of a problem.

Not So Super After All…

Now I know that this article may have made some readers unhappy.

In my experience, a lot of people are really attached to their supersets, and will continue doing them no matter what I or anyone else says.

But know that unless your main goal is to maximize the number of calories burned during your workouts, they probably aren’t doing you any favors.

In closing, I’ll leave you with a different perspective on supersets. Watch the video below to learn what the ‘Brofessor’ thinks about all of this…