What Are Carbohydrates And How Many Should You Get? 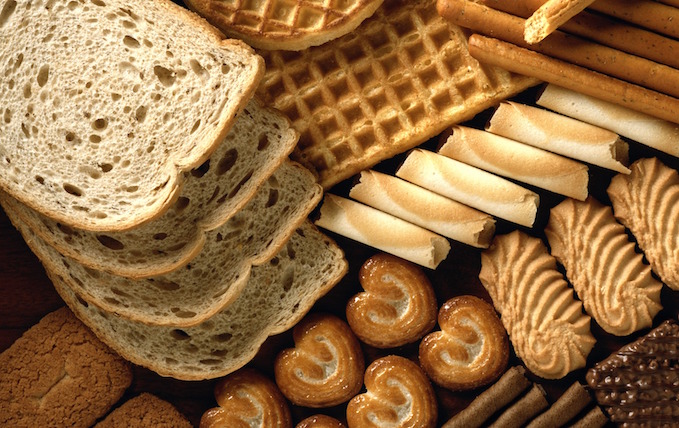 Arguably the most misunderstood of the 3 major macronutrients is the humble carbohydrate.

And unless you’ve been living under a rock for the last decade, you’ve probably heard that carbs are bad and will make you fat!

Low-carb dieting is currently in vogue, with many people claiming that simply avoiding carbs, while only eating fats and protein, is the secret to getting lean and muscular.

This simply isn’t true at all…

In fact, carbohydrates are absolutely essential if you are looking to build a lean, muscular body. Without them, you will have really terrible workouts, and won’t make very much progress.

Just as I discussed with dietary fats, carbohydrates should just be seen as another source of calories, and not held up to be something that they aren’t – or thought to somehow have magical properties that make you fat.

At the end of the day, if you consume carbs so that your overall caloric intake is too high, you will gain weight.

On the other hand, if you consume carbs as part of a diet that has you at a caloric deficit, you will lose weight.

Now the main function of carbohydrates is to provide energy for the body to use, in the form of glucose.

Glucose is easily used by the body for energy – far easier than fat or protein – making it the most readily available source of energy for just about everything.

And, like protein, carbohydrates have 4 calories per gram, making them a lot less calorie-dense than fat.

In this article, I’ll be answering some of the most common questions that people tend to have about carbohydrates – including how many carbs you need each day, which sources are the best, and the real difference between ‘good’ and ‘bad’ carbs.

The Different Types Of Carbs

Again, this is misleading, but when people talk about this they are generally referring to what are known as low GI carbs (the good ones), or high GI carbs (the bad ones).

The difference between these 2 types of carbohydrates is the effect that they have on your blood sugar levels.

Low GI carbs tend to have less of an impact on blood sugar than high GI carbs, which can spike blood sugar levels more.

The distinction between low and high GI carbs was initially popularized in the 1980s, as a way for diabetics to help control their blood sugar levels, but has since gained the interest of many fitness enthusiasts as well.

This is because blood sugar levels impact insulin, and insulin is thought to impact how effectively the body burns and stores fat.

However, this has now been studied extensively, and the data has shown that there isn’t any difference in the amount of fat you’ll store or burn by consuming low vs high GI carbohydrates – assuming the same total caloric intake.

This means that unless you’re diabetic you shouldn’t obsess too much if all of the carbs you eat are ‘good’ or ‘bad’ carbs.

Instead, you should be more concerned with the total number of carbohydrates you are getting each day, in addition to trying to get them from non-processed foods as much possible.

How Many Carbs Should You Be Eating?

Just as with fats, this varies significantly from person to person, and also depends greatly on your specific goals at the time, such as whether you are focusing primarily on building muscle or losing fat.

However, what many people don’t realize is that your body doesn’t actually need any carbs to survive.

This is because glucose can actually be made from amino acids by your body if you stop eating enough carbohydrates.

The negative side of this, however, is that it can cause your body to lose muscle, which you obviously don’t want.

For this reason, a practical minimum number of carbs would be at least 50 grams per day.

However, if you are exercising, then carbohydrate requirements can be much higher.

For that reason, we recommend that you get anywhere from 1 gram to 3 grams of carbohydrates per pound of body weight per day.

But, specifics aside, what you should really take away from this is that you don’t need to be scared of carbs, like much of the mainstream media would have you believe.

Low-carb diets are rarely good for those of us who lift weights – so you’ll want to make sure that you get a sufficient number of carbs each day, regardless of the specific type of diet you choose to follow.

In terms of carbohydrates, here are some of the foods that you should focus on:

As a general rule, complex carbohydrates will tend to keep you feeling full for longer than simple carbohydrates, which makes them especially useful when you’re eating at a caloric deficit.