What Is The Warrior Diet? 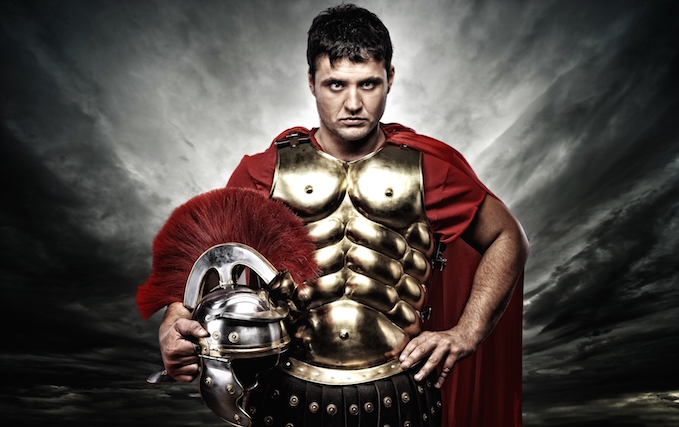 In previous articles, we’ve discussed the concept of intermittent fasting, and how you could use it to allow yourself larger meals while still eating at a caloric deficit and losing weight.

In general, flexible dieting involves keeping track of your calories and macros in order to be successful.

However, there are several rule-based intermittent fasting approaches that don’t involve keeping track of calories or macros, and the Warrior Diet is one of them.

It is a nutritional approach created in 2002 by Ori Hofmekler – a former health editor for Penthouse.

In short, it is a diet based on periods of under-eating, or ‘fasting’, during the day, followed by shorter periods of ‘feeding’ at night.

Much like the Paleo Diet, the Warrior Diet is based around theories about how our ancestors used to eat – more specifically, ancient warrior societies, like the Spartans and Romans.

The 2 different ‘phases’ of the diet – the ‘fasting’ phase and the ‘feeding’ phase – are supposedly based around the human nervous system.

According to Hofmekler, during the day our body’s sympathetic nervous system is in full gear, putting the body in an ‘energy spending’ mode.

At night, our parasympathetic nervous system kicks in, putting our bodies into an ‘energy replenishing’ mode.

The diet argues that eating at the wrong times messes with the efficiency of your nervous system, potentially causing you to feel tired during the day and more awake at night.

Aside from timing, the Warrior Diet has very few restrictions.

There are no firm rules governing portion sizes, macronutrients, or food choices.

Instead, you should simply use hunger to dictate your food consumption during the daily ‘feeding’ window.

Basically, you would have one big meal per day, ideally 2 hours before bed, where you would consume most, if not all, of your calories for the day.

That’s it – about as simple as you can get.

However, in addition to that overarching rule, there are some other suggestions that you should follow to optimize the diet’s effectiveness, such as:

The Positives Of The Warrior Diet

The Negatives Of The Warrior Diet

While the Warrior Diet provides a practicable approach to intermittent fasting that doesn’t involve calorie counting, you have to separate the truth from the dogma.

In my opinion, much of the nervous system theory isn’t really what makes the diet potentially useful for people.

Instead, it is that it provides a simple framework for intermittent fasting, allowing you to eat a big, filling, unrestricted meal at the end of the day, and still have a strong possibility of losing weight.

That being said, there is nothing magical going on here – and it is simply another way to split up your daily caloric intake.

In addition, if you decide to try this diet, you need to be careful to ensure you are getting both adequate protein and carbohydrates during your large nightly meal – otherwise, you’ll likely find that your performance in the gym suffers.

Have a question about the Warrior Diet? Want to share your experience after being on it? Let us know your thoughts in the comments below!