Vitamin D Deficiency: What It Is And How You Can Prevent It 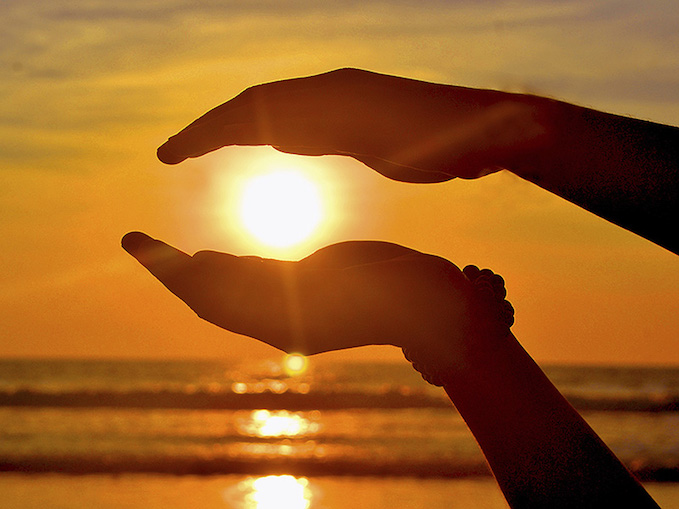 We hate to break it to you, but you probably have a vitamin D deficiency.

If this sounds a little scary, we don’t mean to alarm you here – but the fact is that over 75% of adults are deficient in this vitamin.

This is because it is very difficult for most people to get enough vitamin D from their diets alone.

Of course, none of this would matter much if vitamin D wasn’t very important…

However, the truth is that getting adequate vitamin D comes with a multitude of health benefits that you really don’t want to be missing out on.

That’s why in this article we’re going to give you the full rundown on vitamin D – including why it’s important, how much you should be getting, and the best ways to get it.

What Is Vitamin D?

Vitamin D is different to many of the other vitamins that we get in our diet.

Unlike other vitamins, we are actually able to produce vitamin D directly from sunlight!

For this reason, vitamin D is fittingly known as the ‘sunshine vitamin’ – we get it mainly from the sun, not from foods.

Since it isn’t readily found in many foods, we are reliant on adequate sun exposure to get enough of it.

And for many of us that aren’t lucky enough to be able to routinely lay out in the sun each day, the only other option is supplementation (which we’ll get to shortly).

Why Is Vitamin D So Important?

For years, it was thought that the main benefit of vitamin D was improved bone health.

And while this is still true, more recent research has found that vitamin D has many, many additional benefits that we didn’t know about before.

Here are some of the health benefits that you can get from adequate vitamin D consumption:

What Are Some Symptoms Of A Vitamin D Deficiency

Now, on the other hand, not getting enough vitamin D can lead to various negative health consequences.

Here are some of the symptoms that can potentially indicate that you’re deficient in vitamin D.

Obviously these symptoms on their own can be completely unrelated to a vitamin D deficiency, but if you find that you have several of them then you may want to get a blood test to check your levels.

What Is Considered To Be Vitamin D Deficient?

As we just mentioned, the best way to determine if you are actually deficient in vitamin D is to get a blood test.

Based on the results of the test, you’ll fall into one of 3 main categories:

And as I’ve already mentioned earlier in the article, the majority of people are in the deficient category.

Luckily this is a pretty easy thing to correct with proper supplementation – but before we get into all of that, let’s first take a look at the optimal levels of vitamin D to shoot for.

How Much Vitamin D Should You Get Each Day?

Just like any other dietary targets, it can pay off to be aware of how much vitamin D you should be trying to get each day.

Now according to the Institute Of Medicine, most people only need to be getting roughly 600 IU of vitamin D each day (800 IU or more if you’re over 70 years old).

However, many experts claim that this isn’t nearly enough vitamin D – especially if you’re looking to really maximize its potential benefits.

In fact, several reviews have estimated that we should be aiming for 2000-5000 IU of vitamin D each day, which is considerably more than the IOM recommendation, and certainly more than most of us even get close to through diet alone.

For practical purposes, it has been shown that in order to raise your blood nanogram level by 1, you need to consume an additional 100 IU of vitamin D each day.

So, for example, if you’re trying to increase your blood nanogram level by 10 nanograms (say, from 30 to 40), then you would need to add roughly 1000 IU of vitamin D per day.

Can You Get Too Much Vitamin D Per Day?

I’m sure some of you are wondering if it is dangerous to be getting too much vitamin D.

Well, there is indeed an upper limit for vitamin D consumption, but it isn’t at a level where most of us would even have to be remotely worried about it.

How To Get More Vitamin D In Your Diet

OK, so if you’re one of the many people that suffers from a vitamin D deficiency, what is the easiest way to rectify the problem?

As we touched on before, a simple and free way to get all the vitamin D you need is to spend more time in the sun.

It turns out that our bodies are capable of producing vitamin D fairly quickly, with some research showing that exposing just 25% of your skin to the sun for roughly 6 minutes will produce around 600 IU of vitamin D.

Unfortunately, this would still mean getting close to 60 minutes of sun exposure each day, which is more than many of us have time to get – and becomes almost impossible during the winter months.

For those of us that aren’t getting a lot of sun regularly, getting more vitamin D in your diet is another option to consider.

However, since most foods contain very little vitamin D, this isn’t easy to do on a regular basis.

Case in point, here is a list of the foods that contain the most vitamin d:

As you can clearly see, aside from cod liver oil, which contains a fairly significant 1300 IU per tablespoon, you’d be hard pressed to get enough vitamin D from diet alone, unless you’re eating very, very carefully.

For this reason, for those of us who don’t get 30-60 minutes of sun each day – and who don’t relish the taste of cod liver oil – the easiest way to regularly get enough vitamin D is by taking a supplement.

Thankfully, it is very affordable to supplement with vitamin D – it’ll cost you less than $5 a month to get more than enough vitamin D daily.

Note: This particular supplement contains vitamin D3 (also known as cholecalciferol), which is the natural type of vitamin D that your body would make from sunlight, and is considered by many experts to be the most preferable form.

As we’ve learned, it is actually very easy to treat a vitamin D deficiency with appropriate supplementation.

So if you’ve just taken a blood test and are dismayed by your current level, please don’t stress about it too much.

Instead, just start supplementing daily, and then see where your levels are in 2-3 months.

From the current research available, it would be almost impossible to get too much vitamin D, so just stick to just 1 softgel each day and you should be fine.