Why You Should Try Logging Your Food For Just 1 Week 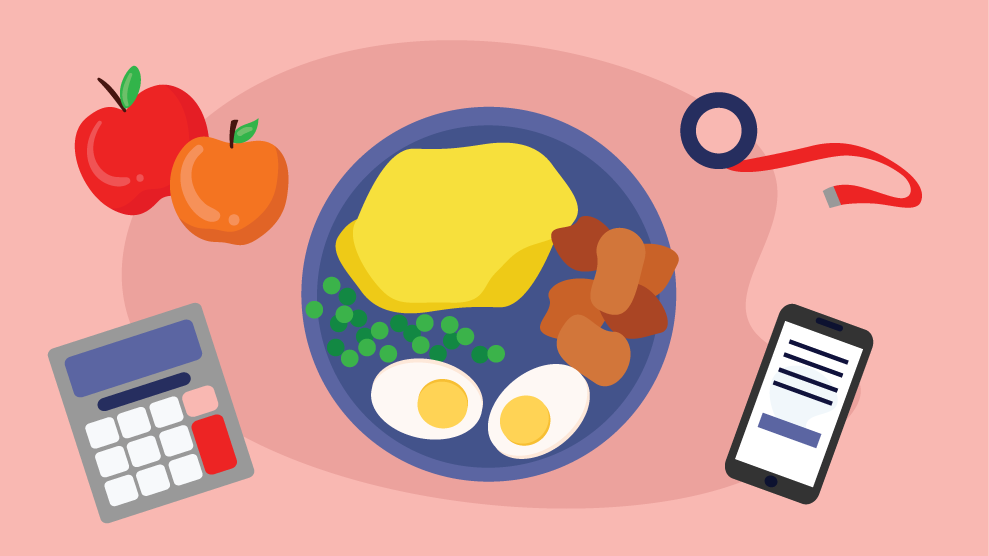 There are many different approaches to dieting and nutrition.

And the truth is that many of them can work, under the right set of circumstances – and for the right person.

In fact, I believe that there isn’t one ‘best diet’, and that instead you should follow a nutritional approach that matches your personality and lifestyle.

In the end, this will help with long-term dietary compliance, and will make your chances of success that much better.

Plus, you’ll be a whole lot happier, and the process won’t suck nearly as much…

Now with all of that being said, I want to make a statement that is a lot more absolute:

I believe that almost every single health-conscious person would benefit from logging their food for 1 week.

If you do this for just 1 week – and make a concerted effort to do it properly – I promise you that you’ll learn more about your diet and nutrition than years of fad dieting will ever teach you.

Let’s get into why this is.

How Food Logging Reveals The Truth Behind Dieting Problems

As a personal trainer, I’ve worked with a lot of people trying to get in shape, and it’s probably no surprise that diet is a major issue that comes up again and again and again.

Whether it seems like it’s impossible to lose fat, build muscle – or you just feel shitty and tired for much of the day – there is a very high probability that the problem lies with what you’re putting (or not putting) in your mouth.

And even though many of us probably know this deep down inside, people tend to form all sorts of incorrect nutritional beliefs based on their past experiences with dieting.

“I eat healthy but I just can’t lose weight.”

“I went low carb for awhile, but it didn’t work for me.“

“I don’t eat very much but I’m still fat – must be my genetics.”

Do any of these sound at all familiar?

If so, then I would say that the likely problem is simply a lack of understanding of what and how much you’re actually eating.

Thankfully, the solution to all of these problems begins with tracking exactly what you eat for 1 week.

This means using an app like Cronometer and recording everything that goes into your mouth for a full 7 days.

This may feel tedious, you may even hate doing it, but it’ll be worth it – and here’s why.

At the end of the day, nutrition is a numbers game – especially as it relates to losing fat or building muscle.

Some people will tell you otherwise, but they are wrong, and you shouldn’t listen to them.

In the end, your ability to gain or lose weight will be directly related to how many calories you’re consuming.

Your overall body composition will be massively impacted by the macronutrients that you eat (protein, fats, and carbs).

And your general health – as well as how you feel day-to-day – will be largely impacted by the micronutrients that you eat (vitamins and minerals).

The thing is, most of us have absolutely no clue how our diets really stack up in each of these areas.

Instead, we tend to eat how we eat, and then form beliefs around how we think that all comes together – like the ones that I went through above.

However, you would probably be shocked to hear how often these beliefs aren’t corroborated by the cold, hard data.

For example, I had a client recently who was having real trouble losing weight.

He was resistant to the idea of logging his food, thinking that it would be too time-consuming and annoying – and had instead been following a paleo-esque diet for several months.

Unfortunately, the paleo diet wasn’t helping him lose weight; in fact, he had gained weight over the last 6 months, which he was both troubled and perplexed by.

When he came to me, you know what one of the first things I told him to do was?

Yup, you guessed it, I asked him to log his food for just 1 week.

And although he was reluctant to do it, the results of this little experiment were incredibly illuminating for him.

After the 7 days, it was clear that he was overeating by more than 1000 calories, even though it was mostly coming from clean, healthy foods.

He was shocked by this, since he was under the impression that he was eating ‘healthy’, and had imagined that the problem must be something particular to him or his genetics.

Nope, in the end he was simply eating too much, even though most of what he was eating was nutritious and otherwise healthy.

Just one week of food logging cast a bright light on the real source of the problem, and has allowed him to finally start losing weight properly.

I was working with a different client, and he was frustrated that he wasn’t putting on muscle fast enough, even though he was pushing himself with his workouts.

He was sure that he was eating ‘pretty well’, and knew that he got a lot of protein.

But as much as I wanted to believe him, I couldn’t verify any of this without data, which limited my ability to make useful, actionable recommendations.

As with the first example, I prescribed 1 week of food logging for him.

And you know what his logs revealed?

That even though he was eating a sufficient number of calories, he was only getting around 70 grams of protein each day, on average – not nearly enough for him to properly build muscle.

Armed with this new information, we were able to adjust his diet, increase his protein intake, and ultimately correct the problem.

I Can’t Believe That Salad Has So Many Calories..

Hopefully it’s now pretty clear how logging your food can effectively puncture some of the dietary delusions that many of have.

That is, by logging your food, you are forced to learn what is actually in your food.

For instance, I had a client who ate salad every day for lunch, believing it was a sensible choice for losing fat.

When he did my 1 week food logging challenge, however, he soon learned that his salad wasn’t nearly as light as he had thought.

In fact, after breaking it down, his daily salad contained almost 1000 calories – courtesy of the avocado, cheese, nuts, and olive oil based dressing.

Most of these ingredients would be considered healthy, but it certainly didn’t come together to form a low calorie lunch.

In this way, by logging the foods you regularly eat for a week, you will reveal their true caloric and macronutrient make-up, allowing you to make better food choices in the future.

But I Hate The Idea Of Logging My Food

Now I know that a lot of people have issues with counting calories or keeping track of their food.

There are many reasons for this, but the bottom line is that food logging isn’t going to sit well with everyone.

And this is why I am only asking you to log your food for 1 week.

This is not a lifestyle change, or something that you’ll need to do for a long-period of time.

Hell, you can stop food logging completely after those 7 days if you want.

Instead, think of this process as a diagnostic tool that will help ferret out underlying dietary issues, allowing you to make sensible adjustments to your diet based on real data, regardless of the dietary approach that you ultimately choose to follow.

So here is my challenge to you:

Download Cronometer (our favorite) and log everything that you eat for an entire week, trying to be as accurate as possible, and without making any conscious changes to your eating patterns.

If you’re on a specific diet, continue following that diet. If you’re eating more loosely, just keep doing that too.

The goal here is to provide an accurate snapshot of how you’re eating at the moment.

Then, at the end of the week, take a look at your logs, and see how many calories you’re actually eating each day, as well as the quantity of protein, fat, and carbs that you’re taking in.

I bet that you’ll be learn something useful about how you eat, what you tend to eat, or how much you eat, that you weren’t aware of before.