Is Too Much Protein Actually Bad For You? 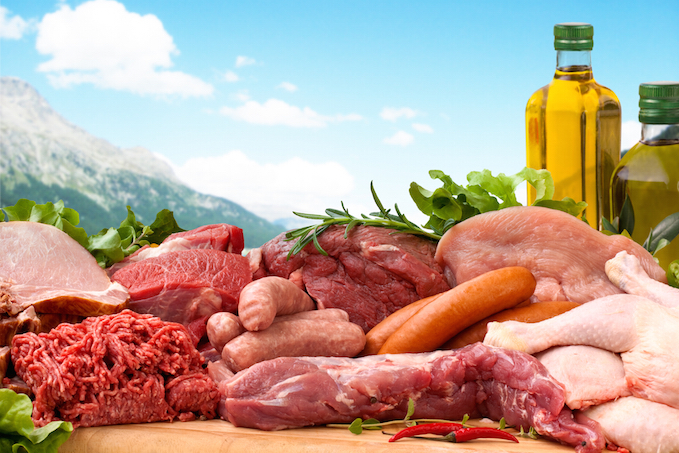 These days, more and more people are becoming clued in to the various benefits of a higher protein diet.

As one of the 3 major macronutrients, protein has a lot of things going for it…

Most fundamentally, it provides the building blocks for your body, in the form of amino acids, and is therefore an essential component of developing muscle properly.

In addition, it offers a higher degree of satiety than either fats or carbs (meaning that it keeps you feeling full for longer).

What’s more, it actually requires more calories for your body to process and store than the other 2 macronutrients, as I explore further in my article on the thermic effect of food.

Despite all of this, the official DRI (Dietary Reference Intake) for protein is fairly low, coming in at just 56 grams for adult males. If you were to follow this recommendation, protein would make up a very small percentage of your total caloric intake.

Indeed, over the years there have been various suggestions that having too much protein in your diet is not only unnecessary, but is actually bad for you.

The claims against protein are both varied and numerous – including that too much of it destroys your kidneys, hurts your bones, and contributes to both heart disease and cancer risk.

In this article, I’m going to explore the validity of such claims, so that you can get a better sense of the maximum amount of protein that you should be getting in your diet.

This is probably the most common danger that many people associate with higher protein diets.

Yup, even many doctors will you tell you this!

As it turns out, this popular misconception grew out of the understanding that higher protein diets were dangerous for people with pre-existing kidney diseases – and that reducing protein intake was demonstrated to help limit further loss of function.

This understanding was then erroneously extrapolated to mean that high protein diets are categorically bad for your kidneys – even healthy kidneys.

Thankfully, this topic has now been researched pretty extensively, and there is no evidence that high protein diets are dangerous for people that have normal, healthy kidneys.

In fact, there is some evidence to support that higher protein intake actually contributes positively to kidney functioning.

Moreover, there is no data that would suggest that the incidence of kidney problems has increased in recent years as a result of the wider adoption of higher protein diets.

Another charge often levied against high protein diets is that they can contribute negatively to bone health, increasing the risk of developing diseases like osteoporosis.

This belief is based around older studies which concluded that higher protein diets resulted in depleted calcium, which is an important mineral for bone health.

However, more recent studies have shown that the relationship between protein and bone health isn’t so black and white.

As it turns out, when calcium is low/deficient in one’s diet, then higher amounts of protein can negatively impact bone health.

Conversely, when calcium intake is sufficient, then a higher protein diet can actually be beneficial for bone health.

In the end, then, it is far too simplistic to claim that higher protein diets are detrimental for bone health or cause osteoporosis, since the impact is largely dependent on calcium intake.

And, given these findings, I’d say that it makes a lot more sense to ensure that you are getting adequate calcium in your diet as opposed to worrying about eating too much protein.

Diets that are higher in meat – and especially red meat – have long been linked to a greater risk of developing heart disease and certain types of cancers (like colon cancer).

This was thought to be because of their saturated fat content (although this has recently come under question as well).

Somewhere along the line, protein took on this associative connection; that is, since diets high in red meat were linked to heart disease and colon cancer – and red meat contains a lot of protein – ipso facto high protein diets lead to heart disease.

Of course, there are all sorts of logical flaws with this argument…

First of all, just because meat is often high in protein doesn’t mean that it is the protein that is responsible for the increased risk of developing these diseases.

Red meat is made up of various different components in addition to protein – such as fat and cholesterol – so it doesn’t make much sense to single out protein as the culprit.

Secondly, we have to remember that correlation doesn’t equal causation.

The fact that red meat consumption has been linked to heart diseases and certain cancers doesn’t mean that it is necessarily causing heart disease.

Often people who consume a lot of red meat will also tend not to eat very many vegetables or exercise very much, which are also risk factors.

In addition, other studies done on leaner cuts of red meat have shown that consumption doesn’t negatively impact the risk of developing these diseases, which again suggests that it is much more likely to be the high fat content or other lifestyle factors as opposed to the protein itself.

As you can see, the various potential health risks often associated with high protein diets don’t really seem to carry much weight.

Yes, if you have preexisting kidney issues, then it is a good idea to avoid getting too much protein; for the rest of us, though, there is no real evidence to suggest that higher protein diets will cause kidney damage.

As far as bone health is concerned, as long as you are getting adequate calcium, then it appears that higher protein diets can actually be beneficial for bone health, and certainly not detrimental.

Finally, concerning heart disease and certain types of cancers, any associative links to high protein diets are much more likely to be the result of other factors – namely, high amounts of saturated fat – or various other correlated factors, like a low consumption of vegetables. Again, protein is very unlikely to be cause.

So, given all of this, you can put most of your worries about getting too much protein to rest.

In fact, I would say that the upper limit of protein that you should be eating is much more determined by your total caloric requirements than anything else.

Likewise, if you are favoring protein to the exclusion of carbohydrates and fats, then that isn’t desirable either…

But there isn’t an absolute limit, and I can comfortably say that if you are lifting weights and exercising with any regularity, then you should be getting considerably more than the recommended 56 grams per day.