The Truth About Time Under Tension 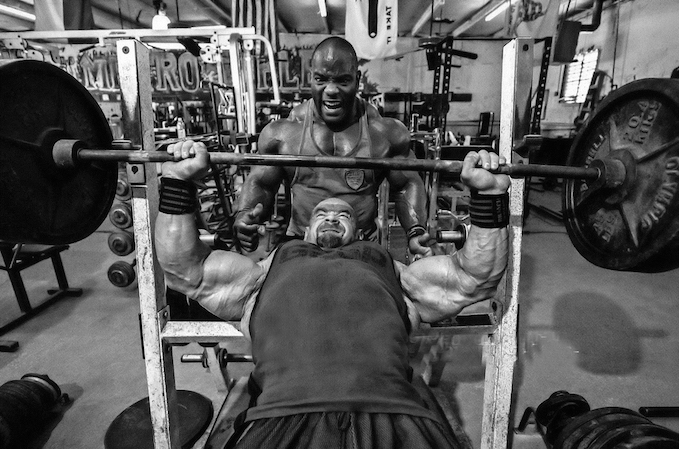 People are always looking for ways to make their workouts more effective.

Whether that means adjusting exercises, rep ranges, number of sets, heavy vs light weight. The list goes on.

Time under tension is another one of these methods, but it really only came into prominence fairly recently…

Basically, time under tension has to do with specifically varying the tempo of your workouts; the length of time that you take to do each rep.

Over the years, a number of fitness professionals and bodybuilders alike have embraced the concept of time under tension – believing that it is as important, if not more so, than the amount of weight that you’re lifting.

As you might have guessed, this has led thousands of people to obsess over how slowly they are doing each rep, timing the number of seconds just as they might time their rest intervals.

However, in reality, is time under tension really all that it’s cracked up to be?

Do you need to do your reps at a certain tempo in order to get the best results?

Let’s dive into this concept and find out.

Where Did Time Under Tension Come From?

As I alluded to above, it wasn’t until the 1990s that time under tension (also known as TUT) started becoming a ‘thing’ in the bodybuilding community.

It was popularized by some of the biggest players in fitness at the time – namely Charles Poliquin and Ian King – and soon enough everyone was jumping on board.

In addition, studies started appearing to support the concept, like this one, as well as a bunch of anecdotal evidence from people that had supposedly used it to great effect.

And, really, the whole thing kind of made conceptual sense.

Put your muscles under tension for a longer period of time, and they’ll be forced to develop by getting bigger and stronger.

The Downside Of Slowing Down Your Training

If you’re thinking that I’m leading up to something less-than-wonderful about TUT, you’d be right!

As you know from my previous articles, one of the biggest factors that impacts muscular development is progressive overload.

This translates into putting increased load on the muscles, by using heavier and heavier weights over time.

Imagine that you get to the gym, and are ready to knock out a few sets of bench presses.

This has been done by lifting the ‘regular’ way; that is, lowering the weight in a controlled movement to your chest, followed by pressing the weight back up in a fast, explosive motion.

Now let’s imagine that you decide to bench press by following a common protocol for time under tension – 5 second eccentric phase (descent to your chest), 1 second pause, and 5 second concentric phase (pushing it back up).

How much weight do you think that you’d be able to lift, compared to what you were doing before?

If you answered ‘quite a bit less’, you’d be right on the money!

In fact, I wouldn’t be surprised if you were only able to get 6 reps of 170-180 pounds this way – far less than the 200 pounds that you were previously benching.

Are you starting to see the problem here?

When you increase the amount of time each rep takes, you greatly reduce the amount of weight that you are able to lift, thereby limiting progressive overload.

However, one might argue that the increased TUT outweighs the reduced amount of weight that you are able to lift.

Well, a number of recent studies that have been conducted comparing ‘fast’ vs ‘slow’ training don’t support this…

This University of Connecticut study demonstrated that slow training resulted in less peak force and power than fast training.

And this study from the University of Oklahoma concluded that doing 4 weeks of regular resistance training produced more strength and muscle gains than slow training methodologies.

You can still make gains training like that, and many people certainly have!

There is also an element of satisfaction to training this way, which is admittedly missing from lower rep, progressive overload style training.

That is, a really intense muscle burn that you’ll get from slowing down the tempo of your reps.

This is because you are much more likely to induce cellular fatigue and muscular damage by training this way, leading to increased intra and post-workout soreness.

But make no mistake, the research clearly suggests that this type of training simply isn’t as effective, in terms of building strength and muscle, as more traditional training.

So if you want my advice, keep things simple – focusing on reps and weight, and not trying to deliberately slow your sets down.