Are You Part Of The Skinny Fat Club? 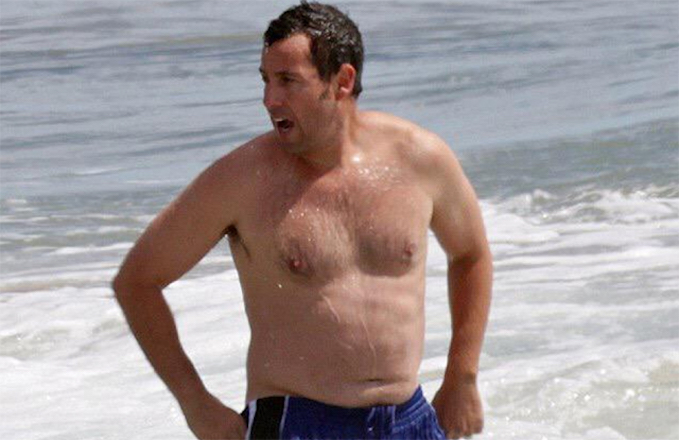 I would bet that there isn’t a single person in the world that actually wants to look skinny fat.

However, in my experience, this is exactly the body type that many normal people tend to have.

They aren’t obese, but they are carrying too much fat, and don’t have much muscle to speak of either.

In a sense, they are skinny in all of the wrong places (arms, chest, shoulders, legs) – with most of the fat tending to collect in their stomach region.

What may surprise you, however, is that I’m not only talking about couch potatoes…

Nope, this particular affliction is pretty wide-spread among people that actually exercise and try to eat a healthy diet!

Despite all of the hard work in the gym and trying to eat clean, their bodies still look weak and uninspiring.

It doesn’t seem fair, and it can cause a lot of otherwise dedicated people to throw in the towel with the whole fitness thing.

Well, I’m here to tell you that you don’t have to settle for being skinny fat.

In fact, it is entirely preventable, if you follow the right course of action.

In this article, I’m going to go over why so many people are skinny fat in the first place, and what I suggest doing to avoid becoming part of the club.

Why Are So Many People Skinny Fat?

As I mentioned before, being ‘skinny fat’ is simply the combination of having a decent amount of body fat and very little muscle.

If you are muscular, but are also pretty fat, then you would be more accurately called ‘buff fat’, not ‘skinny fat’.

Then, in addition to not having much muscle to speak of, the other half of the skinny fat equation is carrying too much body fat.

Not obese levels of body fat, but enough fat that you don’t have much definition, and probably have a bit of a belly.

You see, when you don’t have much muscle, even relatively low levels of overall body fat – say, between 15-20% – will cause you to look much fatter and less defined than if that fat was sitting on top of layers of muscle.

And, when it comes down to it, it’s easy to understand why someone might have too much fat and too little muscle…

They aren’t working out effectively (or at all) and they also aren’t eating properly (even if they think they’re eating clean).

So now that we’ve narrowed down the culprits that cause you to develop a skinny fat body, let’s take a look at what you can actually do about it.

How To Stop Being Skinny Fat

Now as I said earlier on, I believe that being skinny fat is completely avoidable and reversible for pretty much every single person.

It just takes the right approach to both working out and nutrition to actually build enough muscle and lose enough fat.

So, on that note, here are the 3 steps that you should take to stop being skinny fat once and for all.

When you see people at the gym lifting heavy weights, they are rarely the ones that you would describe as skinny fat.

Instead, it tends to be the person doing lots of light sets of dumbbells or machine-based exercises.

And that’s not to knock either dumbbells or gym machines, since both can be useful; however, the fact remains that many people who work out simply aren’t lifting heavy enough weights to build any appreciable degree of muscle.

Yes, they may be working out hard – that is, doing set after set, and taking very little rest as they plow through their workouts.

But they aren’t working out hard in the sense that they aren’t lifting heavy – and as readers of this blog know, lifting heavy weights is one of the most important components of building muscle (at least for people that aren’t taking steroids).

Step 2: Stop Doing So Much Cardio

Now there is nothing wrong with doing some cardio as part of your workout routine.

I do regular cardio myself, as do many of my clients, so it definitely has its share of physical and mental benefits.

That said, there is such a thing as too much cardio, and lots of skinny fat people tend to make this mistake!

Compelled by the desire to lose that fat around their midsections, they gravitate to the cardio area of the gym, and end up trying to treadmill the fat away.

However, while they may lose some of the fat that way, they also end up losing muscle as well.

This is especially true when you’re following a cutting diet and eating at a caloric deficit, since your body will effectively be in a weight loss mode, and much more likely to drop muscle if you aren’t weight training to counterbalance that effect.

So, if you want to avoid developing the skinny fat look, I would recommend no more than 2 hours of cardio per week for most people.

Cardio generally isn’t the best way to lose fat anyway, and you’ll get far more bang for your buck in that department by making adjustments to your diet.

Which leads me to…

Step 3: Clean Up Your Diet

As I’ve discussed many times before, your diet needs to be in order if you want to lose fat properly.

While both cardio and weightlifting can certainly burn calories, you’ll never have the body you want without paying attention to how much you’re eating.

Interestingly, one of the things you often see with skinny fat people is that they don’t tend to eat very much.

After all, they don’t have the extreme body fat percentages of genuinely obese people, which is almost always a product of over eating.

Instead, many skinny fat people often steadfastly keep their calories too low for long periods of time, which eventually causes their metabolisms to slow down considerably.

This eventually brings the fat loss train to a standstill, and also makes it all-but-impossible to build any real muscle.

In this case, the solution is to speed up your metabolism, which you can do by temporarily reverse dieting, starting to incorporate refeeds, or by going on a diet break.

These approaches will have you eating more calories, while maintaining your body weight, so that later you’ll be able to lose that fat properly – with a higher metabolism helping to fuel that fat loss.

On the other hand, if you are already eating a good number of calories each day, then it may be time to go on a cutting diet, in order to start steadily reducing your body fat and increasing your overall definition.

Finally, regardless of the specific diet you’re following, you’ll want to make sure that you’re getting the right amounts of each major macronutrient – namely protein, fat, and carbohydrates.

As you can see, being skinny fat isn’t something you have to accept lying down.

Even though it is one of the most popular body types (by the numbers), and was temporally gloried as part of the whole ‘dad bod’ craze last year, being skinny fat is hardly an appropriate reward for regularly working out and trying to manage your diet.

Thankfully, with the right combination of progressive weight training and a sensible diet approach, you can build muscle to fill out those skinny body parts and lose the layers of fat that were obscuring any definition.

Just remember to keep that cardio to a minimum, and don’t shy away from those heavy weights!