What Is The Correct Amount Of Time To Rest Between Sets? 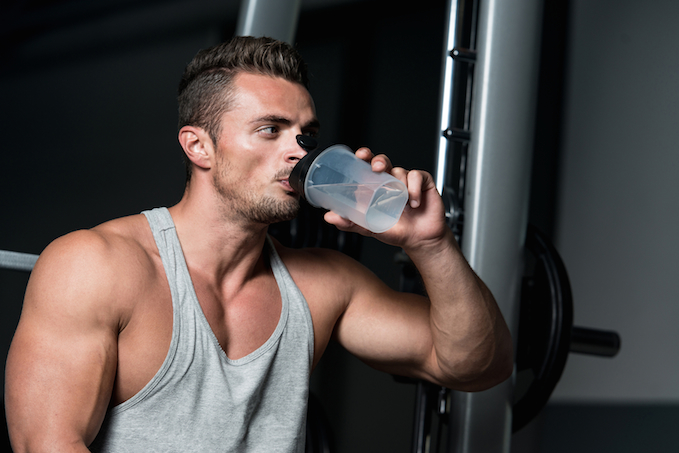 When you’re lifting weights, the reality is that you are only actually lifting something for a small fraction of the total time that you’re in the gym.

If you typically work out for an hour, you might only be lifting weights for 10 minutes, when you discount all of the time that you rest between sets.

However, taking a significant amount of rest time is unavoidable – you simply wouldn’t be able to lift any reasonable amount of weight without recovering between sets.

This of course begs the question: how much time should you actually take to rest between your sets?

Like many things when it comes to working out, there are a lot of conflicting opinions here…

Other guys will try to take the minimum amount of rest time possible – and many even try to limit rest time further by doing supersets, dropsets, or other such things during the time where they would otherwise be resting.

So, is there actually a correct answer to this question?

Yes, there is – but it depends on what you’re going for and what your specific circumstances.

The Argument For Taking Longer Rest Periods Between Sets

Let’s step back for a moment…

When you rest between sets, you are generally trying to either rest the muscles you just worked out, catch your breath, or give yourself a mental break from the absolute focus you exerted on your set.

If your main goal is to increase your strength and build more muscle, you will need to give your muscles an adequate amount of rest between sets.

You see, when you rest for longer periods, you maximize your strength for the next set. This allows you to lift more weight than you would if you rested for a shorter amount of time.

And, as I’ve covered before, consistently pushing yourself to lift heavier and heavier weights will help to induce progressive overload – which is one of the more effective methods to maximize muscle growth.

So, in short, if you want to build a bigger, stronger body, you are cutting yourself short by limiting your rest between sets.

In terms of specifics, I would recommend taking at least 2-3 minutes between all of your sets.

If that sounds like a lot, it is probably because most guys you see working out don’t rest for nearly this long.

But I would also bet that those guys aren’t consistently progressing, month after month (unless they’re on steroids, in which case different rules apply).

I would go even further and say that there is no real upper limit to the amount of time you should rest between sets if you’re a natural weight lifter who is focusing on strength and muscle growth.

In fact, for heavy compound exercises (bench press, squat, and deadlift), I would recommend resting for up to 5 minutes between sets – especially if you are working in a lower rep range.

The Argument For Taking Shorter Rest Periods Between Sets

Now let’s look at the other side of the coin.

As I mentioned before, the vast majority of guys gravitate more towards shorter rest times – often taking no more than 30-60 seconds to rest between sets.

There are several reasons why this can be beneficial.

First of all, you are going to get more of a cardiovascular workout from resting for shorter amounts of time.

This is because you are taking what is typically an anaerobic activity and turning it into an aerobic activity, which has considerably higher oxygen demands.

As a result, you’ll be more out of breath, and in many ways you’ll feel like you’ve had a better workout.

In addition to this, there are also some practical benefits to taking shorter rest times.

The reality is that you only have a certain amount of time to spend working out, and taking shorter rest periods will allow you to finish any given number of sets faster.

Also, unless you have your own private gym setup, you are going to be faced with other people needing to use the piece of equipment that you’re on.

Especially during busy periods, your fellow gym goers aren’t going to appreciate you hogging the machine for 2-3 minutes between sets.

They don’t see it as you having longer rest times; to them, it just looks like you are wasting time and getting in their way.

In reality, these factors may force you to take shorter rest periods than you might otherwise like to.

I would say, however, that there is no conceivable situation where you should be resting less than 30 seconds between sets, unless you insist on doing drop sets or super sets.

What To Do When You’re Resting Between Sets

When you are resting in between sets, you should just be resting, right?

Well, yes and no.

There are many different ways that you can rest.

Walking around and chatting with other guys is “resting”.

Going on your phone and looking at pictures on Facebook is “resting”.

Staring vacantly into space for 3 minutes is “resting”.

And you could do all of these things between your sets, but I would offer another suggestion:

Make your rest times count, by using them to actively focus on the next set.

Picture yourself doing the set, lifting the weight with ease – and squeezing out 1-2 more reps than last week.

Make this your firm intention during your rest periods and you’ll find that you start getting more out of each set.

For most guys looking to increase their lean muscle mass, I would hands down recommend adopting longer resting intervals.

You want to maximize your strength, and by taking those 2-3 minutes you will be considerably stronger than if you only rested for 30-60 seconds.

In fact, I would say that this is a crucial factor that many guys are inadvertently getting wrong – simply by not giving their muscles long enough to recover.

Yes, other guys may look at you like you’re lazy, but pay them no mind…

However, you will often realistically not be able to take as long resting as you might like – due to many of the practical considerations that we talked about before.

So, I would say that you should always aim to rest for 2-3 minutes between sets, but you may need to take less if you’re strapped for time or tend to work out during busy periods where other guys need to use the weights too.

If you want to increase your cardiovascular endurance, and get an aerobic workout, then focus on adding some sort of cardio into your routine, instead of limiting your rest time.

The goal should always be to rest more between sets, not less.

How much rest time do you like to take between sets? Do you agree with my recommendations? Let me know in the comments.