Refuting The Biggest Criticism Of IIFYM 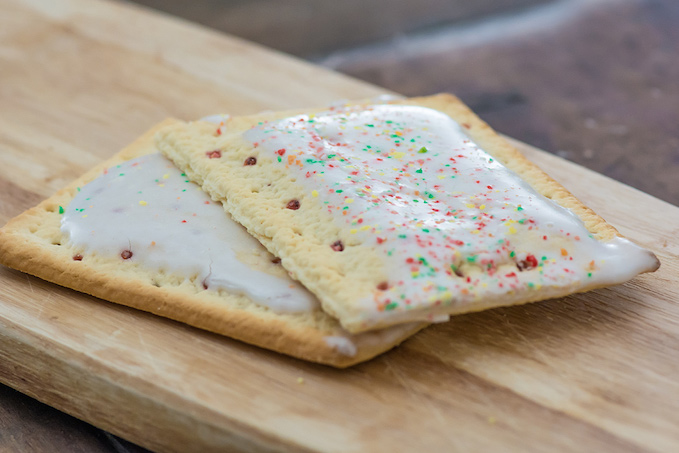 For those that aren’t familiar with the concept, IIFYM stands for ‘If It Fits Your Macros’, and it is a dietary concept that has become increasingly popular in recent years.

Also known as flexible dieting, it is what we recommend for the majority of our clients – since it can be highly effective, while still allowing for freedom and variety in a way that no other diet can rival.

These are generally the ‘clean eating’ types, who tend to think that IIFYM can lead people to making predominantly unhealthy food choices.

And while this can be true, this concern is completely overblown, and unfairly paints IIFYM as something that it isn’t…

So for all of the IIFYM lovers out there, I decided to write this article in defense of our beloved dietary protocol – directly addressing the primary criticism that clean food absolutists tend to levy against it.

So I Get To Eat Pop Tarts All Day?

One of the core tenets of the IIFYM diet protocol is that ‘as long as it fits into your macros’, you can eat it.

This opens up a lot of different food choices that the average dieter doesn’t associate with helping them reach their fitness goals.

We’re talking burgers, ice-cream, pizza – yup, all of these so-called ‘bad foods’ that would make any Paleo devotee grimace in disgust. 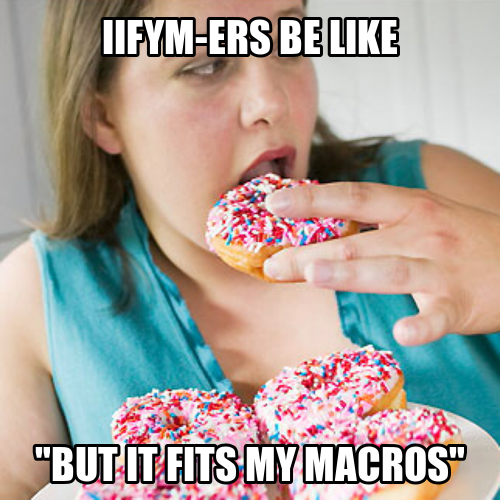 These aren’t clean foods – and they certainly aren’t what your ancestors would have eaten!

So obviously the paragons of restrictive eating like to come out of the woodwork and make fun of the IIFYM crowd.

And you know what, they’re absolutely right – if that type of crap makes up the bulk of your diet, it isn’t going to be healthy…

But these condescending purists are missing the entire point.

IIFYM isn’t about stuffing your face with pop tarts; it’s about having the freedom to eat a damn pop tart when you want one.

Addressing The Elephant In The Room 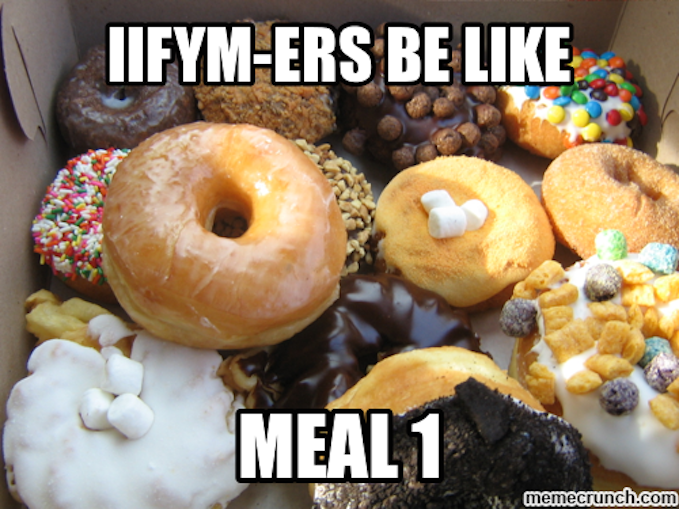 But I don’t want to seem like I’m skirting the issue here.

Let me be the first to say that following an IIFYM approach that consists of mostly processed crap, but somehow magically adds up to the correct macros and calories at the end of the day, isn’t smart.

If you do this, you’ll end up deficient in all sorts of nutrients, since processed foods are hardly the best source of these.

Further, you’ll be taking in large quantities of all sorts of questionable chemicals and additives.

So, yes, if you sit around eating that kind of shit all day, you are probably not doing your long-term health any favors, and may feel a bit…off.

But you know what – even if you eat in this ridiculous way, you can still get a lean, ripped, muscular body (assuming that you’re also training correctly).

You Can Look Great Without Being Healthy

There, I said it.

IIFYM-gone-wrong allows for people to get the right levels of calories and macros to build muscle and lose fat effectively, without the other components that go into a healthy diet.

Taken to the extreme, IIFYM allows you to eat shitty foods that can make you look good on the outside, while having a pretty questionable impact on your long-term health.

KFC for breakfast, Mcdonalds for lunch, carefully balanced out with protein supplements to achieve the optimal caloric and macro balance.

Yes, this can be done – but from all of the clients that I’ve directly worked with, I’ll tell you that this just doesn’t happen with any regularity.

The vast majority of people who do IIFYM do it the right way.

That is, they get the majority of their calories from wholesome, nutritious foods – and fill in the gaps with a little junk food here and there.

And that is what IIFYM really is all about – being able to enjoy the foods you love without feeling deprived, and following a lifestyle approach to eating that is far more flexible than most of the rule-based diets out there.

This helps immensely with dietary compliance, which is one of the biggest – yet most underrated – success factors of any dietary protocol.

The Right Way To Do IIFYM

When I am coaching a client on how to sensibly approach IIFYM, I generally defer to the 80/20 rule.

That is, 80 % of their diet should come from ‘clean’, wholesome foods, whereas the remaining 20% can come from ‘fun’ foods.

The ‘clean’ foods are obviously subjective (and I won’t get into that debate here), but think things like meats, vegetables, fruits, grains, beans, nuts & cheeses.

And ‘fun’ foods can be anything that doesn’t fit into those categories; you know, foods like ice cream, pizza, sweets, fast food, etc.

If you follow this on most days, you should be just fine, and will often find that you don’t really get cravings for junk food since it is no longer off limits.

We all want what we can’t have, and by providing a 20% daily allowance for your guilty pleasures, you largely avoid impulse from taking over.

However, there will be those days where you can’t get 80% of your calories from clean sources…

And you know what, those are the days where an IIFYM-based flexible diet is truly your best friend.

Instead of ruining your diet, feeling bad about it, and then pigging out some more, you’ll be able to subsist off McDonalds, snack foods, and the odd protein bar or two, and hopefully be able to get your numbers roughly adding up.

Should you do this everyday?

But being able to make your diet work even in less-than-favorable conditions is one of the many things that makes IIFYM so much cooler than having to insist that every restaurant you go to have grain-free options.