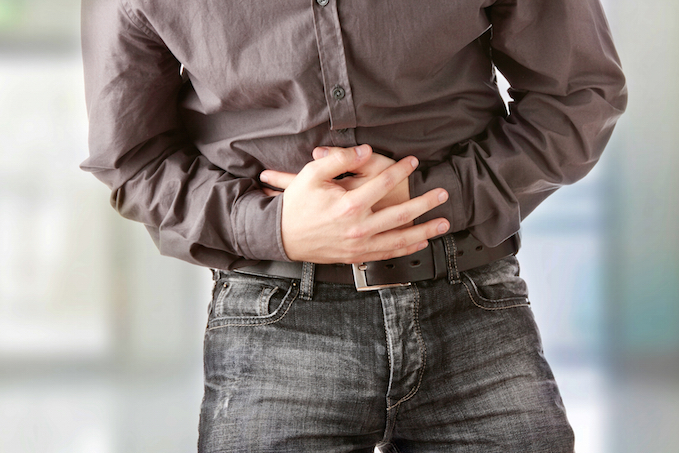 As I discussed in my previous article on whooshes (yes, I know), water retention has the potential to obscure much of the fat that you’ve dilgiently lost.

This can obviously be pretty damn frustrating, especially if you’ve been working hard in the gym and sticking to your diet plan.

However, if you employ the correct strategies, you can drastically change the amount of water that you are holding, and look a lot leaner as a result.

This article will walk you through 5 of the most effective ways to reduce your water retention, allowing you to proudly reveal the fruits of all of your hard work. 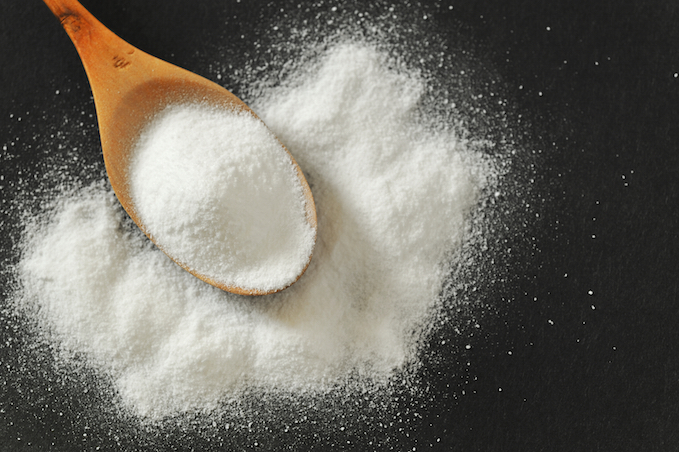 You might have even heard about professional bodybuilders adjusting their sodium intake prior to competitions, which allows them to achieve that dry, super lean look.

But this isn’t just for bodybuilders – in fact, your level of sodium intake is one of the single biggest determinants of how much water you’ll hold.

If you drastically increase your sodium, you can literally put on pounds of weight within a very short period of time (and look far more bloated as a result).

On the other hand, drastically lowering your sodium intake can have the opposite effect, causing your body to flush much of the excess water, making you look considerably more ripped. 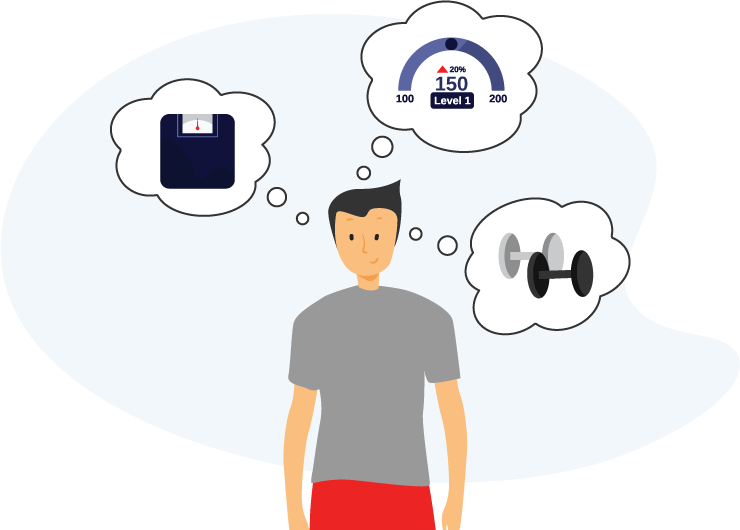 Are your workouts actually working?
With Caliber's data-driven approach to training, you'll see faster progress with less time at the gym. Discover a better way to work out in the Caliber app.
Get The Caliber App

How do you do this?

Well, for one, you should limit/avoid eating processed foods that typically contain lots of sodium. Canned tuna and deli meats are big culprits here, and often contain massive amounts of sodium per serving.

Secondly, you should look to reduce your consumption of salt in both cooking and seasoning. This also applies to many spices, since they also have high levels of sodium. Instead, consider using a salt substitute like this one.

Finally, you can also reduce your sodium levels by drinking lots of water. Aim for 3-4 liters per day. 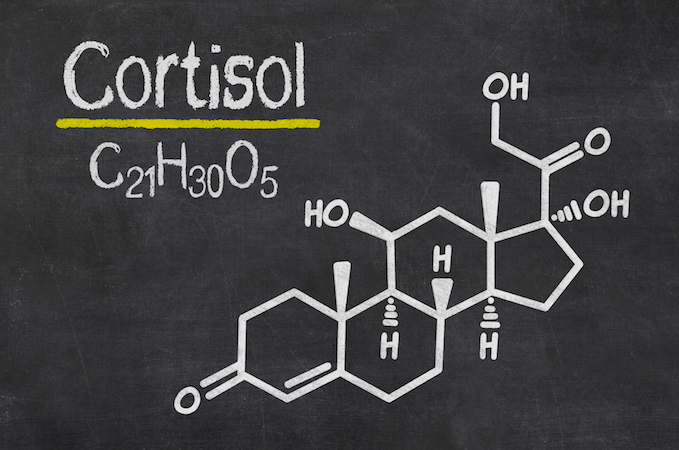 Cortisol is a hormone that can have all sorts of negative effects on your body.

A deeper examination of cortisol is beyond the scope of this article, but what you should know is that higher cortisol levels can lead to increased water retention.

Reducing your cortisol is easier said than done, but you can start by looking at both your diet and the amount of cardio that you do.

If you are eating at too much of a caloric deficit – especially for extended periods of time – your body will typically have higher cortisol levels.

To limit this, make sure that you aren’t taking in any fewer calories than 500 below your maintenance intake.

Excessive amounts of cardio activity can also raise cortisol levels. This is especially true if you are doing high intensity interval training (HIIT). If you are having issues with water retention, try to limit the number of intensive cardio sessions that you do each week. 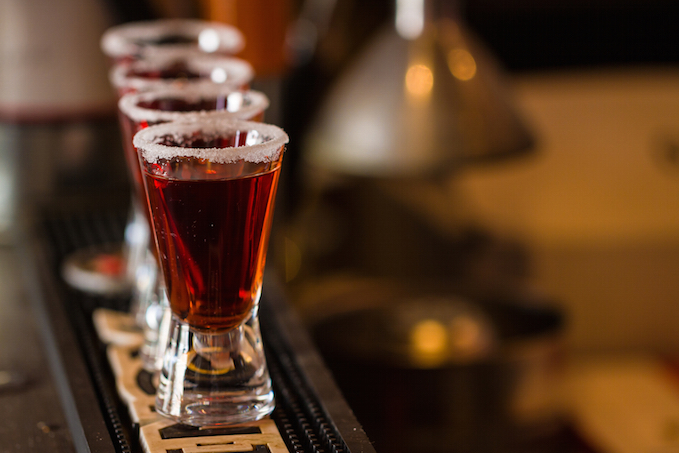 Yes, you read that right!

Drinking alcohol has been shown to have a pronounced, almost immediate, impact on water retention.

This is why you’ll often end up looking more cut after a long night of drinking (even if you feel like shit).

Obviously you don’t want to go overboard here – and I’m certainly not advocating pounding it down regularly – but if you are having problems with water retention try having a drink or 2 before bed and see if you notice a difference in the morning.

4) Eat The Right Amount Of Fiber 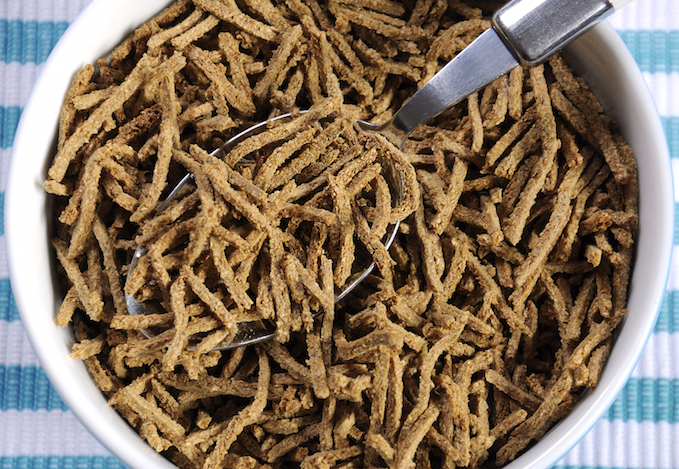 Fiber is a funny thing…

If you eat too little of it, you can tend to hold more water weight.

At the same time, eating too much fiber can also cause you to hold water.

To ensure that fiber isn’t part of the problem, try to keep your fiber intake in the moderate range – and by that I mean between 20-50 grams per day.

5) Indulge With The Carbs 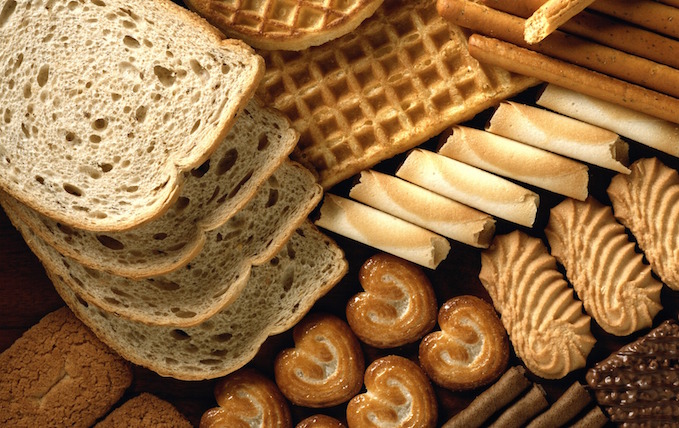 When you’re concerned with water retention, you are typically in a leaning out stage – so pigging out is probably the last thing that you feel you should do!

However, when you have been dieting for awhile – especially if you are low on carbs – you’ll often find that you hold on to more water weight.

At this point, if you do a calculated carb refeed, it can have the effect of pulling the water that is currently outside your muscles into your muscle cells.

This will often immediately make you look leaner, and also typically fuller, due to the increased muscle glycogen as well.

Just don’t go too crazy here. Try to keep the refeed to 6 grams of carbs per pound of body weight, at most.