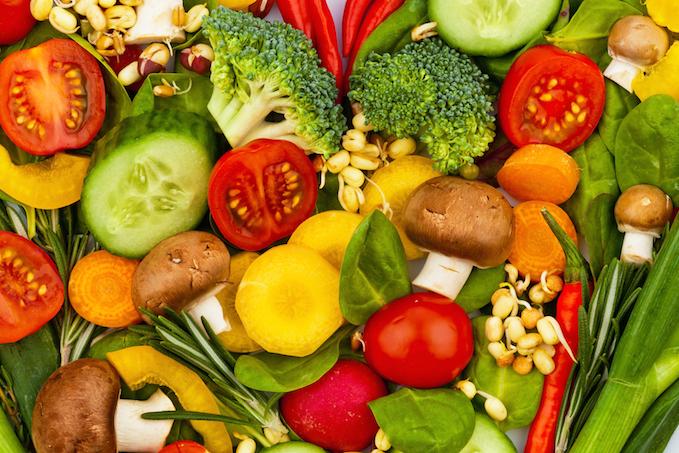 Wouldn’t it be great if there were foods that couldn’t make you fat?

If there was some magical property that caused their calories to be burned up instantly – or, better yet, if they didn’t contain any calories at all.

Then you could eat and eat to your heart’s content, never putting on any excess weight!

Well, if this sounds like a dream come true, then you’d probably readily embrace the concept of so-called ‘negative calorie foods’.

Nope, if we are to believe the hype, they actually help burn through other calories that you’ve already eaten.

That would be pretty awesome, right?

But before you get all excited, I want us to take a step back, and examine this properly.

The last thing I want is for these negative calorie foods to insidiously contribute to your unwanted weight gain.

This article will help you better understand what negative calorie foods are, and if the lofty promises about them actually hold up.

What Are Negative Calorie Foods?

In essence, a negative calorie food is one that requires more energy to digest than the energy it provides.

Some macronutrients, like fats, are very easy to digest, and have a very low thermic effect (ranging from 5-15%).

Protein-rich foods, on the other hand, often have a relatively high thermic effect (20-30%), requiring more energy for digestion.

But we’re getting ahead of ourselves here…

The main point to take away is that every food has an energy cost associated with it – and that in order for it to be considered a negative calorie food, that energy cost needs to be higher than the energy it provides.

What Foods Are We Talking About Here?

OK, so it’s pretty safe to say that certain foods don’t have a negative thermic effect…

Nope, there is no way that chocolate cake, burgers, or pizza could conceivably be in the negative calorie camp.

In the end, the foods that are widely considered to have a negative caloric impact are the ones that you might well expect.

They are mostly low calorie, high fiber foods, like fruits and vegetables.

Here is a diagram that shows some of the foods that people often lump into the negative calorie category: 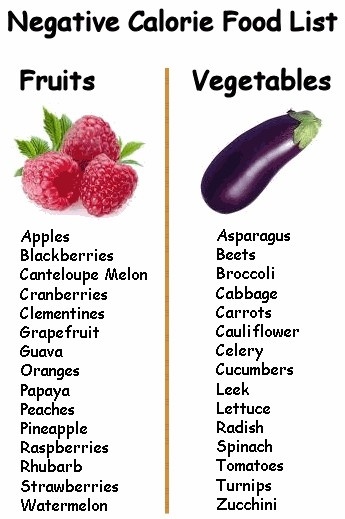 Pretty much the ones you thought, right?

Unfortunately, despite these foods being obviously low in calories, the evidence doesn’t support the claim that they have a negative caloric effect.

As I mentioned earlier, in order for these to truly be negative calorie foods, they have to have a thermic effect that is at least 100%.

And none of these do…

For instance, celery, which is often thought to be a negative calorie food, only has a thermic effect of 8%.

This means that each stalk of celery will give you 6 calories, while only taking about half a calorie to digest.

And while the impact in absolute terms is admittedly tiny, it represents a net-positive caloric impact nonetheless.

So I Should Avoid These Deceptive Foods?

Even though these foods don’t technically have negative calories, they are all extremely low calorie foods, which can be a beneficial component of your diet plan.

Since they have very low levels of calories relative to their weights, you can fill up on them without taking in too many calories.

Yup, it would be extremely difficult – if not impossible – to get fat from eating stalks of celery, even if you sat around eating them all afternoon (as long as you didn’t slather them in fatty dips, of course).

But don’t be fooled…

They have calories, and certainly don’t burn additional calories as your body processes them.

Even proteins, which typically have a thermic effect of anywhere from 20-30%, are still far from being a negative calorie food.