The Myth Of The Magical Weight Loss Food 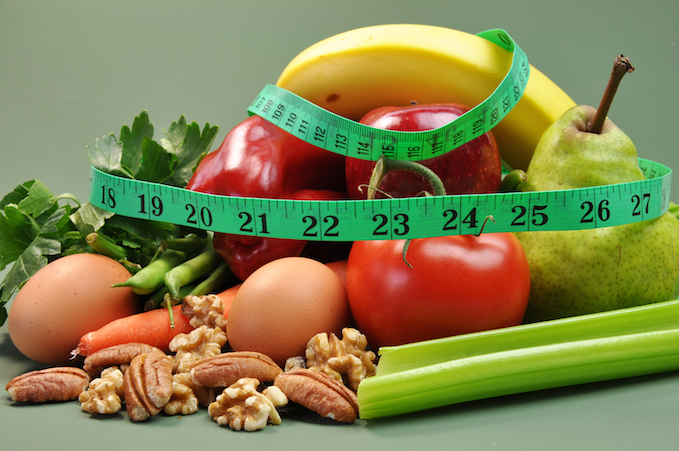 “Should I eat quinoa to lose weight?”

This was a question that I got asked last week, when I was out to dinner with a group of friends.

One of them had recently resolved to lose some weight, and had spent the last 15 minutes peppering me with questions about what he should be doing and which foods he should be eating.

However, his focus wasn’t on which foods would be more ‘healthy’. Instead, he was clearly searching for those special foods that magically induce weight loss.

There have been so many of them over the years…

I’m sure you’ve seen them mentioned in articles, whose headlines promise that if you want to lose some weight, you should make sure to ‘just eat these 3 specific foods’.

In fact, I would say that this is one of the most prominant weight loss misconceptions out there – so I thought it was a good time to address this question properly and clear up some of the confusion.

Tell Me What The Magical Food Is! 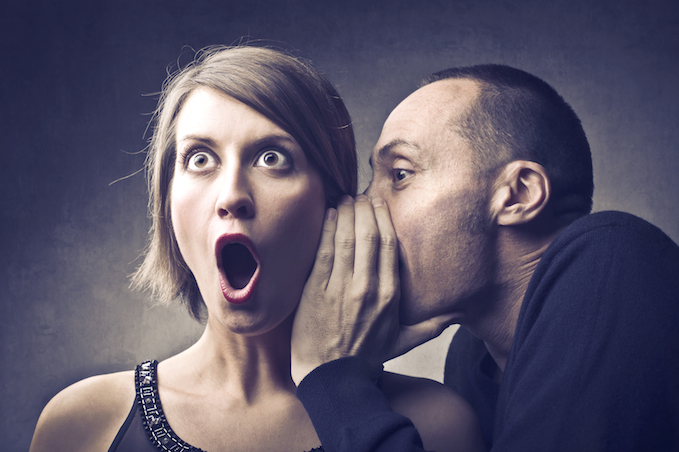 As my friend looked back at me, apprehensively waiting for me to either confirm or den y his hopes for quinoa, I didn’t want to burst his bubble (again).

I mean, I knew exactly what he wanted to hear…

He wanted me to say, with unflinching certainty, that quinoa was a great food for losing weight – so just start eating that every night, and you’ll be well on your way to shedding that excess fat.

Unfortunately, this would be a gross simplification at best – if not an outright lie – so I decided to go with the truth.

“Quinoa is healthy, and a fine food to include in your diet, but it won’t help you lose weight”.

My friend looked disappointed; I had been reluctantly dismantling his preconceptions about effective weight loss foods for the last 15 minutes. It was time to clarify what I meant.

“In the end of the day, it’s all about calories. Calories in vs calories out. So, technically, any food can be included in your weight loss diet, but some are easier to include than others. So while quinoa, bison, and greek yogurt are healthy in many ways, eating them will not cause you to lose weight if your total caloric intake isn’t at an appropriate deficit.”

His face grimaced slightly, not liking what I was saying.

I pressed on: “So, basically, there isn’t any magical food that will make you lose weight. It just doesn’t exist.”

“But what about raspberry ketones? I heard that they can increase your metabolism?” he persisted.

“Nope, that isn’t the secret either, sorry buddy”.

He looked frustrated, and it was a completely understandable reaction…

We are all bombarded constantly by ads telling us that specific foods can help us lose weight.

And while there are elements of truth to this, it isn’t in the way that most people think. Let me explain. 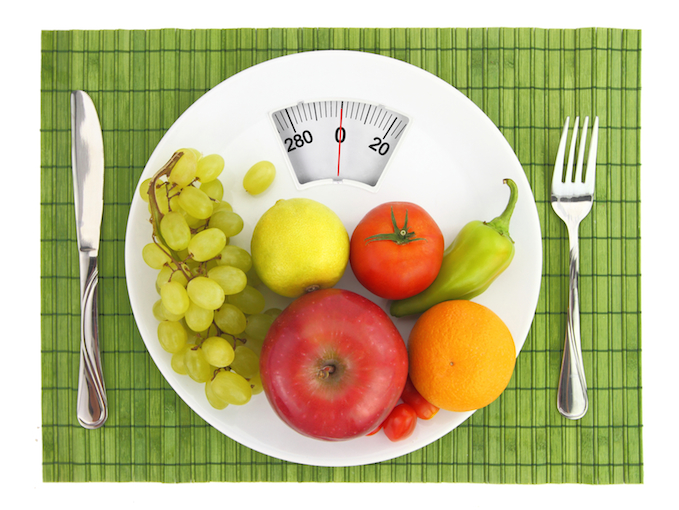 The bottom line is that food, in and of itself, can’t make you lose weight.

All food contains calories, and all calories must either be burned or stored. It is impossible to side-step this fundamental truth.

This means that whenever you eat anything, you are putting energy in your body that will cause you to gain weight if you don’t burn it off.

I don’t care if that energy came from a small cup of blueberries or an oversized Philly cheesesteak. All of it contributes to your total caloric intake.

At this point, you might be thinking “sure, but there are a lot more calories in a Philly cheesesteak than there are in a cup of blueberries.”

You might even think I’m splitting hairs. Certain foods are obviously better than others, right?

And some foods contain many more calories than others, making them the foods that you should eat to lose weight.

Unfortunately, it is just this line of thinking that can actually make weight loss unnecessarily frustrating and difficult. There are 2 main reasons for this.

The first problem results when people take hold of this misinformation, and start adding some of these magical foods into their diet, thinking that there is some specific property of that food that will make them lose weight.

This happens the most with berry-type foods – like blueberries, raspberries, and the infamous acai berries.

People who do this have generally bought into the belief that these foods have some special element that manipulates your body in some way to induce weight loss.

So they sprinkle some berries on their oatmeal in the morning, or take diet pills with some specific food extract in them.

But what they don’t do is change the rest of their diet, which means that the total number of calories eaten per day stays roughly the same.

In fact, this type of thinking can even lead to you consuming more calories – either consciously or unconsciously.

Why deprive yourself when the berries are working their metabolic wonders in the background, right?

Well, even if you assume that some of these foods have elements that could potentially help with weight loss – like increasing your metabolism, or reducing appetite – they are not going to make you lose any significant amount of fat by themselves.

That’s why all of the ads for such food extracts have tiny little print that says “if used in combination with diet and exercise”.

But they aren’t presented like that at all…they are presented as a breakthrough discovery of modern science. The miracle solution for easy weight loss.

So people latch on to these concepts, instead of making the changes that will actually impact their caloric balance, and thus fail to lose weight.

I promise you that there is no food that you can add to your diet that will make you lose weight. It absolutely doesn’t exist. Even negative calorie foods are a farce.

Now this problem is a little bit different…

Instead of attempting to add in magic berries, other people will swap out foods that they normally eat with other foods that will supposedly contribute to fat loss.

This is what my friend was getting at with the quinoa – he wanted to know if he should have this for dinner instead of couscous or rice.

Unfortunately, this is the wrong question to be asking if fat lose is the end goal.

To see this, let’s take a look at how many calories you’ll find in one serving of quinoa, compared to rice or couscous.

As you can see, there isn’t a substantial difference in calories between the 3 foods.

In fact, 150 grams of quinoa has more calories than either of the other 2 foods, gram for gram.

So why do people suggest eating quinoa to lose weight?

Well, it has certain components that people have latched on to – like being high in protein and fiber.

And both of these can help with weight loss.

Protein will help fill you up, and also requires slightly more energy to break down than carbs – and considerably more than fats.

Fiber also helps to keep you feeling full and satiated, making it less likely that you’ll over eat.

But that’s really about it.

And, really, the minimal increase in fiber/protein that you’re getting from quinoa, compared to rice or couscous, will make absolutely no difference to anything.

On the flip side, when you hear that quinioa is good for weight loss, then it’s incredibly easy to give yourself license to eat more of it.

So for dinner, you end up eating more calories of quinoa than you would have if you had rice or couscous, simply because of this false belief that it is helping you lose weight.

So I Can Just Eat Anything, Then? 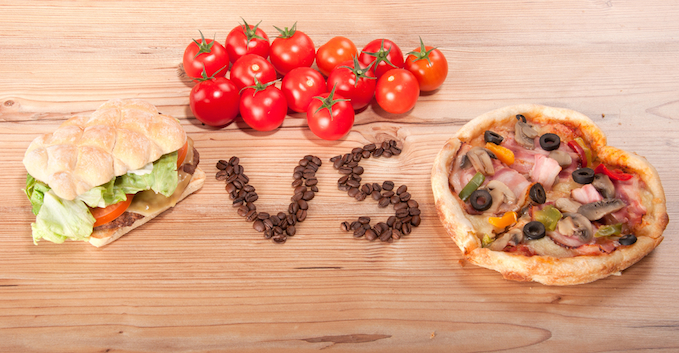 Well, yes and no.

I am a firm believer that pretty much all foods can be incorporated into an effective fat loss diet, which makes it considerably easier for most people to stick with.

That being said, choosing to eat certain kinds of foods can make losing weight easier.

As I said, protein will keep you feeling full for longer, as does fiber.

This can help considerably with dietary compliance, which is one of the most essential components of any effective diet.

And there are numerous health benefits, outside of weight loss, that come from choosing wholesome, unprocessed foods.

But calorie for calorie, there is nothing about these foods that will prevent you from gaining weight if you eat too much of them.

So next time you hear about that new miracle weight loss food, spare yourself the unnecessary frustration and don’t buy into the hype.