Why Muscle Pump Is Completely Overrated 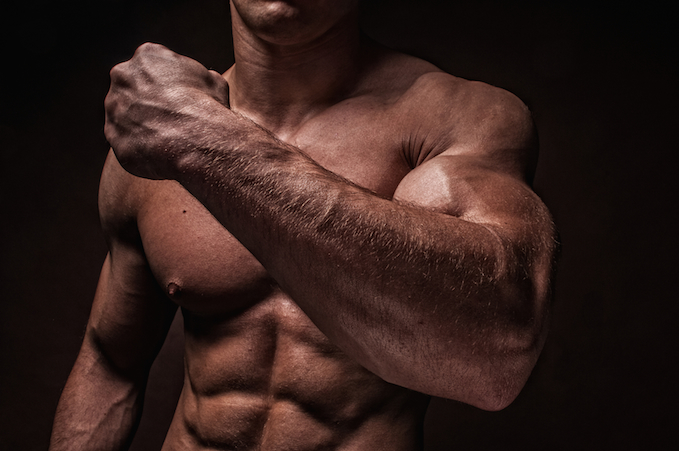 “The greatest feeling you can get in the gym is the pump.” – Arnold Schwarzenegger

Those iconic words, spoken by the big man himself, have become something of an accepted truth in much of bodybuilding culture.

That is, that you want your muscles to feel ‘pumped up’ both during and after your workouts.

Conventional gym wisdom says that this will make them bigger, stronger, and look better.

And for many people, getting that pumped feeling at the gym is pretty much synonymous with having a good workout.

And before I go on, let me say that I completely get this.

The pump does feel good!

It does make your muscles look big, swollen, and powerful in the gym.

And if the world made perfect sense – and things worked as they should – it would indeed be a fitting barometer for the quality of your workout.

But it just isn’t…

At least not for most people who want to get stronger and actually build bigger muscles.

Before we get into all of that, however, I want to quickly go over what the pump actually is.

Let’s say you train your biceps – blood is rushing into your muscles, and that would be called a pump.

Your muscles get a really tight feeling, like your skin is going to explode any minute, and it’s really tight, it’s like somebody blowing air into it, into your muscle.

It just blows up, and it feels different, it feels fantastic.”

OK, so Arnie’s definition of the pump is actually pretty spot on…

Basically, the ‘pump’ sensation that he is referring to happens when your muscles become engorged with blood from weight training.

As you lift, blood rushes into the muscles, shuttling nutrients and removing waste products.

Here is a basic diagram of how this happens:

And that burning sensation that you closely associate with the pump?

Well, that is really just a build up of hydrogen ions in your muscles – one of the various byproducts that I mentioned.

When you pump up, which is typically done by doing a greater number of repetitions with lighter weights, your muscles will often become visibly bigger, more vascular, and slightly sore.

Why Do So Many People Train For The Pump? 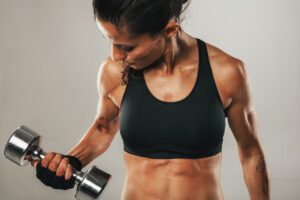 So now that we’ve established what the pump is, it begs the question: why is it so popular?

Well, there are actually several reasons for this – let’s take a quick minute to go through them.

For years, many people have thought – and still continue to argue – that the pump was a good indicator of muscular hypertrophy, and that your muscles would grow bigger and stronger as a result.

It was also argued that the greater amount of blood was also beneficial for muscle growth.

More blood, it was reasoned, helps increase the amino-acid uptake of the muscles.

And although this is a plausible benefit, I should note that it has never been conclusively demonstrated to be true.

Reason 2: Looks good at the time

Arnie really hit this one on the head…

When your muscles get pumped up, they look quite a bit different to how they normally look.

You can go into the gym looking one way, and then when you get all pumped up look dramatically bigger – at least for a period of time.

This is why bodybuilders will pump up backstage before shows, doing high repetitions of light weights…

It makes their muscles more pronounced, tighter, and more vascular.

And this underlies a truth about muscle pump that I think no one will argue with:

Your muscles, and everyone else’s, will always look better when they get pumped up.

So, it follows that many people would work out in a way that achieves this look, even if it is only temporary.

There is a satisfaction inherent in the feeling of the pump.

It gives you that sense of completion. That your muscles are properly exhausted. That you’ve done a good job.

And for these reasons, I would venture to say that the vast majority of people would also agree with Arnold on this one…

That is, that the pump “feels fantastic“.

Yup, the feeling itself has an addictive quality to it – one that many people tend to chase during their gym sessions year after year.

In fact, many people would likely feel like they didn’t even have a good workout, psychologically, without it.

Reason 4: It’s what the pros do

The significance of this point cannot be overstated.

There is no set of agreed upon instructions for working out, so many people will turn to those that seem to personify weight lifting: the professional bodybuilders.

And yes, if you listen to Arnie – and many other pros like him – you come to believe that you should be training for the pump.

That this is simply the correct way to workout.

The Deflating Truth About The Pump 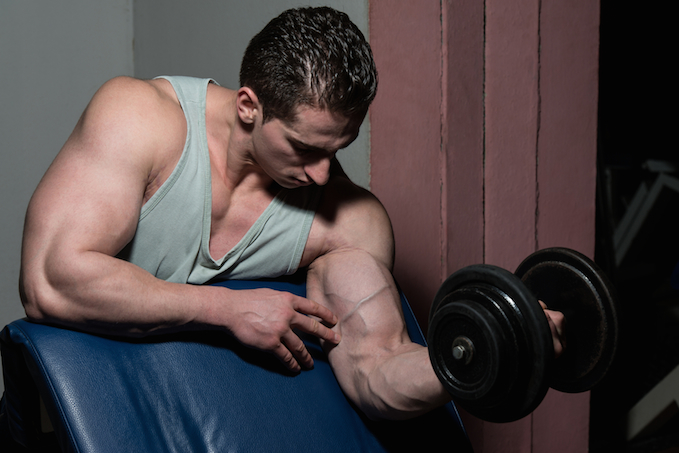 So, you might be thinking that those are actually some pretty good reasons in favor of working out for the pump…

And, on the surface, you would be right – which explains why it is so alluring.

But don’t be fooled; the pump is not all that it’s cracked up to be.

Now let me be absolutely crystal clear when I say this:

The pump is completely unnecessary if you are a natural weightlifter that is training for size and strength.

That is to say, if you aren’t on steroids, and you primarily want to build a lean, muscular body to look better, then you are wasting your time pursuing the pump.

Here are 3 reasons why this is the case:

Reason 1: It forces you to adopt ineffective training protocols

I have covered aspects of how to train effectively in various other articles, but to sum it up, you don’t want to be focusing on high-rep, light weight workouts if your goal is to build muscle size and strength.

Unfortunately, these are just the type of sets that produce that addictive pump feeling.

Yup, you’d be hard pressed to achieve any significant ‘pump’, unless you are training in high-rep ranges – say 10 reps or higher for each set.

And if you are using lighter weights, you are reducing your ability to achieve progressive overload, and subsequently limiting the amount of muscular hypertrophy that occurs.

In short, if you train for the pump – again, as a natural weight lifter – you won’t lift as much weight and you won’t build as much muscle.

When you lift weights, more is NOT always better.

In fact, it is often the opposite: in the gym, more is often less.

You want to limit the total number of reps and sets that you do in each workout, if you want to avoid overtraining your muscles.

When you seek out to induce the pump, you can easily end up doing far more sets and reps than is actually beneficial.

It leads people to try and ‘burn out’ their muscles – doing dizzying variations of dropsets and supersets, often for many, many reps.

If you train like this, aside from not being a very effective protocol for building muscle (see reason 1), you also risk overtraining.

And rather than go into the perils of overtraining here, I’ll link you to my article where you can learn all about it.

Reason 3: You’re chasing something that is temporary

One thing that is undeniable about the pump is that it is a temporary phenomenon.

After a relatively short period of time – ranging from just a few minutes to a couple of hours – the pump feeling will have largely vanished from the muscles you trained, and you’ll be back to ‘normal’.

And that’s just the thing – that muscle is going to be in its ‘normal’ state far more often than in its ‘pumped’ state.

Are you happy with your biceps being swollen for a couple hours each week after you train, and then quickly shrinking back to a fraction of their size?

Or would you rather train in a way that will likely not give you as much of a pump – but will lead to bigger, stronger muscles that are visible all the time? 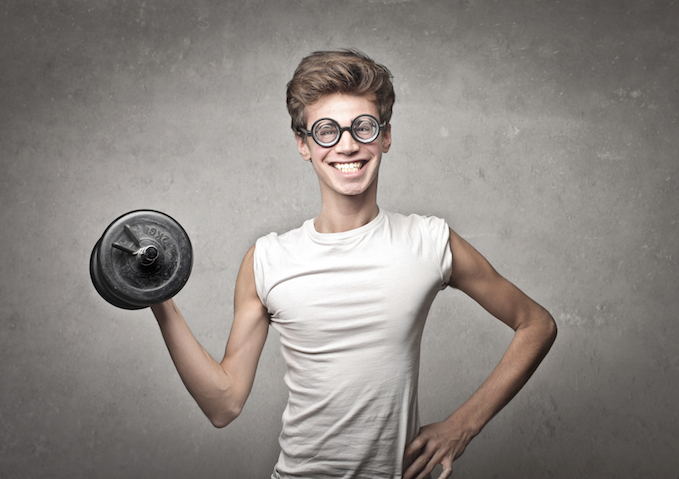 If you’ve skimmed through this article, and wanted to get the TL;DR version, here it is:

The pump feels like it should be effective for building muscle, but it is actually a meaningless indicator of the quality of your workout.

In fact, training for the pump, as a natural lifter, will often force you to adopt less-effective training protocols, leading to reduced muscle size and strength gains overall.

All of that being said, we understand that the pump is an enjoyable, somewhat addictive feeling…

So, while you really should stop focusing on it so much, I won’t fault you (too much) if you don’t.