What The Marshmallow Test Can Teach Us About Getting Fit 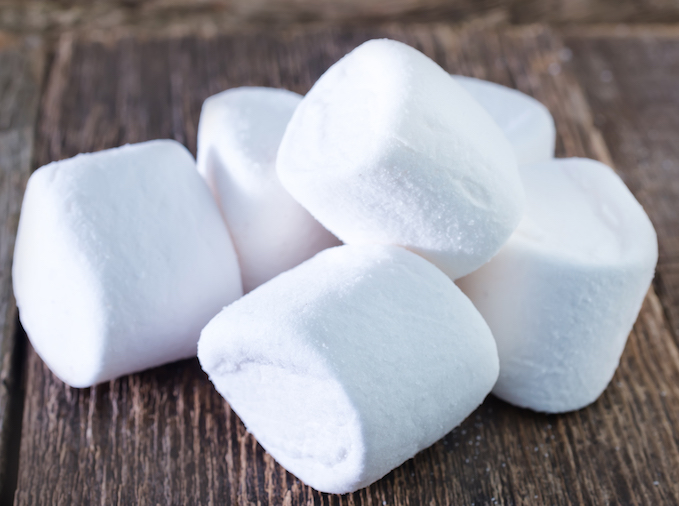 Most of us aren’t very patient.

When we want something, we tend to want it now.

And when it comes to fitness, this means losing that gut in the next 30 days, or packing on 15 pounds of muscle in the next 2 months.

In order to meet these often lofty goals, you need to have your eye on the ball.

There isn’t time for anything else – for the next 2 months, your life is all about fitness.

Your mind is fixated on your next workout, and the intricacies of your diet, so that you can meet these goals in record time.

And soon enough, your friends are calling you a fitness freak, as that is what you seem to spend every free second of your day thinking about.

You might be wondering what is wrong with all of this, right?

I mean, when you want to accomplish something that is challenging – be it getting into shape or practically anything else – you need to have laser focus.

Herculean levels of determination. The discipline of a monk.

But what if I was to tell you that focusing too much on the particulars of what you’re doing – or even the prize itself – could be setting you back from reaching your goals?

Well, in many cases, that’s exactly what is happening…

Let me tell you about something called The Marshmallow Test, and what it can teach us about losing fat and building muscle more effectively.

The Marshmallow Test was born out of a series of experiments conducted by Walter Mischel, a psychologist, in the 1970s.

The experiments were conducted on 4 year old children, and were designed to test self control.

While there were a whole bunch of experiments, with slightly differing configurations, the basic gist was always the same.

Each child was placed in a room, sitting at a table with a marshmallow in front of them, and were instructed to sit in their seat for 20 minutes.

How many children do you think were able to hold out?

The answer was very, very few; in fact, most of the kids caved and ate the marshmallow within just a few minutes!

However, a small percentage of the children were able to resist temptation and hold out for the full 20 minutes – and were then duly rewarded with a second marshmallow.

The most interesting part of the experiments, though, was how the successful children were able to hold out.

As it turned out, the children that performed best in the experiment did the opposite of what you may think…

That is, they did everything they could NOT to focus on the marshmallow in front of them.

They covered their eyes, sang songs, played silly games with themselves, or even just stared off into space thinking about other things.

In contrast, the children that did the worst focused on the marshmallow like they were going into battle with it!

They stared it down, channeling all of their willpower not to eat it.

…until, of course, they did.

How Does All Of This Relate To Fitness?

This experiment helped lead to some groundbreaking conclusions about willpower and self-control.

For years, it was generally assumed that people who were best able to achieve their goals – especially goals that involved delayed gratification – were somehow mentally tougher.

They were able to endure the temptations, staring them down – too resolved to give in.

However, what this series of experiments revealed was quite the opposite: people are often most successful at exercising self-control by NOT focusing on the prize or spending their energy fighting temptation.

Think for a minute about how this relates to diet and exercise.

You are focusing all of your energy on the marshmallow, making it that much harder to resist.

On the other hand, if you give your diet only the necessary level of focus, but then get on with the rest of your day, I bet you’ll find the whole thing much easier.

This means not thinking about upcoming cheat meals, looking at diet pictures on social media, or generally giving your diet any more thought than is absolutely necessary.

The same is true with working out.

If you suddenly resolve to make your life about the gym – trying to go every single day without fail, thinking about it all the time, and agonizing over missed workouts – the whole thing is going to feel a lot more like an exhausting, endless marathon.

Instead, if you follow a reasonable workout plan – working hard when you’re at the gym, but then getting on with life – you’ll free yourself from the burden of obsession, leaving you much more likely to succeed in the long term.

In the end, the main lesson from all of this isn’t that you don’t need to be dedicated; you certainly do need dedication if you’re going to reach your goals.

However, the key is that you want to be distracted from the minutia of getting in shape – the diets, the workouts – and spend the rest of your time and energy on other things like family, work, and hobbies, etc.

You’re in this for the long haul, right?

Well then don’t focus so much on the marshmallow in front of you that can insidiously sap your energy and motivation if you allow it to.

Take a balanced perspective on the whole thing – giving fitness the appropriate amount of space in your life, instead of letting it become your life.