Why Lower Stomach Fat Is So Hard To Get Rid Of 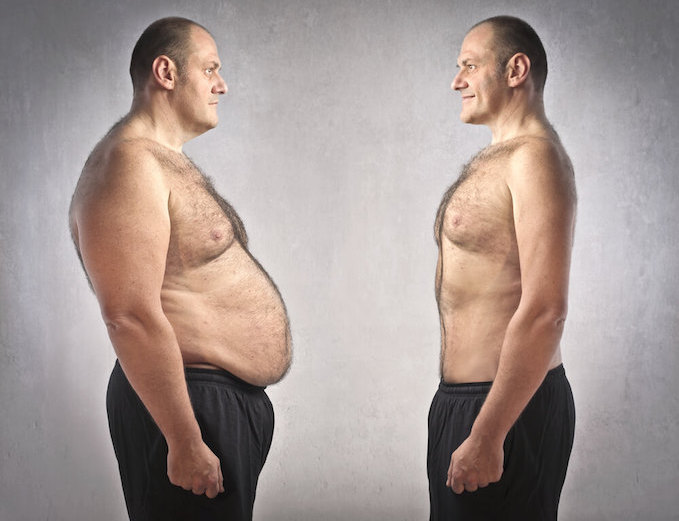 When it comes to losing fat, there are certain areas that can seem particularly tough to eradicate.

And for many men, one of the most challenging areas is their lower stomach fat. For women, the hardest areas tend to be around the hips, butt, and thighs. So, what causes these areas of fat to be so ‘stubborn’ and hard to eradicate?

In this article, I’m going to reveal why fat from certain areas of your body, like your lower stomach, hips, butt, and thighs, can seem tougher to lose than others, and some of the most effective tactics that you can use to lose it.

What Is Stubborn Fat Anyway?

While you may have fat all over different parts of your body, it isn’t all the same.

As you lose weight, most people find that they tend to lose it from certain areas much more quickly than from others.

For guys, it tends to be hardest to lose lower stomach fat and lower back fat, whereas it is easier to lose fat from the arms, chest, and legs.

For women, the hardest areas tend to be around the hips, butt, and thighs.

Now, many people will try to reduce fat from these areas using targeted exercises.

So, in the case of lower stomach fat, this might involve doing lots of hanging leg raises or leg lifts.

Unfortunately, you aren’t going to reduce the fat in these areas by doing a whole bunch of targeted exercises…

This is the myth of ‘spot reduction’, which is the mistaken idea that you can reduce fat from a specific area.

However, this simply isn’t the case, as I’ve written about in more detail in this article.

Instead, when your body loses fat, it does so in a certain order that you can’t easily change.

This is because the fat in different areas of your body is actually physiologically different – meaning that it is more difficult for your body to properly mobilize and burn fat from these stubborn areas.

In the end, what causes stubborn fat is the same thing that causes all fat…

That is, consuming more energy than your body uses each day, resulting in an energy surplus that gets stored as fat.

So, to be clear, you will never be able to get rid of your lower stomach fat – or any stubborn fat, for that matter – unless you’re burning more energy than you’re taking in (typically through a sensible combination of diet and exercise).

Now with that being said, there are several key differences between stubborn fat and less stubborn fat, which makes the former more difficult to lose – even when you’re maintaining an appropriate caloric deficit.

Let’s go through each of these briefly.

To burn fat, it must first be released from your fat cells. This is known as lipolysis.

In stubborn areas like your lower stomach, fat is released more slowly than from other areas.

This is because stubborn fat cells actually have a different type of receptor than normal fat cells: they have what are known as ‘alpha receptors’ instead of ‘beta receptors’.

These receptors are what interact with hormones known as catecholamines, which are what trigger these cells to release fat; however, the alpha receptors in the stubborn fat cells cause the fat to be released far more slowly than the beta receptors in the normal fat cells.

Insulin plays a major role in how the cells in your body store fat.

And since stubborn fat cells are typically more insulin sensitive, meaning that they react more strongly to insulin, this means that they tend to store more fat and release less fat than regular fat cells.

When fat gets released from a cell, it actually has to be transported to different cells in order to be burned. This process is known as lipid oxidization.

Unfortunately, the areas that have the most stubborn fat also tend to get less blood flow than areas with non-stubborn fat.

This means that when fat is realized from the cells, it is more difficult for your body to effectively transport that fat to where it can be processed and burned.

How To Get Rid Of Stubborn Fat

To be honest, if you’re a guy, you aren’t going to be as lean as you might like around your lower stomach until you get to 8% body fat or less, and if you’re a woman, you likely need to stay under 20% body fat to see a reduction in the stubborn fat areas.

In my experience, this is when you really start noticing a significant visual reduction in fat in traditionally stubborn areas like your lower stomach, love handles, thighs, and butt.

Now this isn’t easy to do, and may not be something that you want to maintain all the time, but it can be done with the right strategies.

Here are the 3 best fat burning tactics that I would suggest looking into.

There is a pattern I often find with people that are having issues with stubborn fat.

That is, they’ve been dieting for awhile, aren’t eating very many calories, potentially exercising a lot, but their weight loss has come to a standstill.

They are pretty lean, but still have some areas of stubborn fat that they can’t seem to get rid of; it’s almost as if their body just doesn’t want to drop fat from any of these final areas.

Well, in a sense, this is exactly what has happened: the long period of dieting has resulted in metabolic slowdown, as their body attempts to protect itself from losing more weight (what it perceives as avoiding starvation).

Unfortunately, people in this situation can’t feasibly decrease calories further, since they are already so low, leaving them in an annoying bind.

The solution here is to do something called ‘reverse dieting’, as I discuss in more detail in this article.

If you do this properly, you’ll be able to speed up your metabolism, which will make it easier to cut calories and create an appropriate energy deficit in the future, allowing you to properly lose fat from those stubborn areas.

Fasted weight training and cardio is getting more and more popular.

Part of this is piggybacking on the growing popularity of intermittent fasting, but fasted training has benefits beyond just fasting itself.

You see, when you’re in a fasted state (not having eaten for 6+ hours), your insulin levels are lower than they are during periods where you’ve eaten more recently.

As we discussed before, stubborn fat is more insulin sensitive than regular fat, which means that having less insulin in your blood stream while training can improve the rate of both lipolysis and fat oxidization.

In addition to the impact of insulin, you also tend to get better blood flow to the abdominal region during fasted training, which can be helpful for specifically reducing lower stomach fat.

If you’d like to read more about fasted training, you can take a look at my more detailed article here.

Finally, there are certain supplements that have been shown to help reduce fat from your lower stomach and other stubborn areas.

One of the most effective of these is yohimbine, which studies have shown is particularly effective at targeting stubborn fat.

However, in order for it to be effective, you need to take yohimbine in a fasted state. This is because insulin actually inhibits yohimbine from working properly.

Also, I should note that yohimbine has been shown to increase blood pressure, so if you suffer from high blood pressure then you should probably avoid taking it.

In terms of specific brands, I would recommend Primaforce Yohimbine, which you can order from Amazon.

The Final Word On Stubborn Fat

You can’t get rid of the fat on your lower stomach, thighs, or butt by trying to target those areas with exercise.

Instead, to properly deal with any areas of stubborn fat, you are better off focusing on a combination of diet and fasted training – and possibly adding in supplements like yohimbine to really maximize your results.