1 Simple Change You Can Make To Lose Some Weight 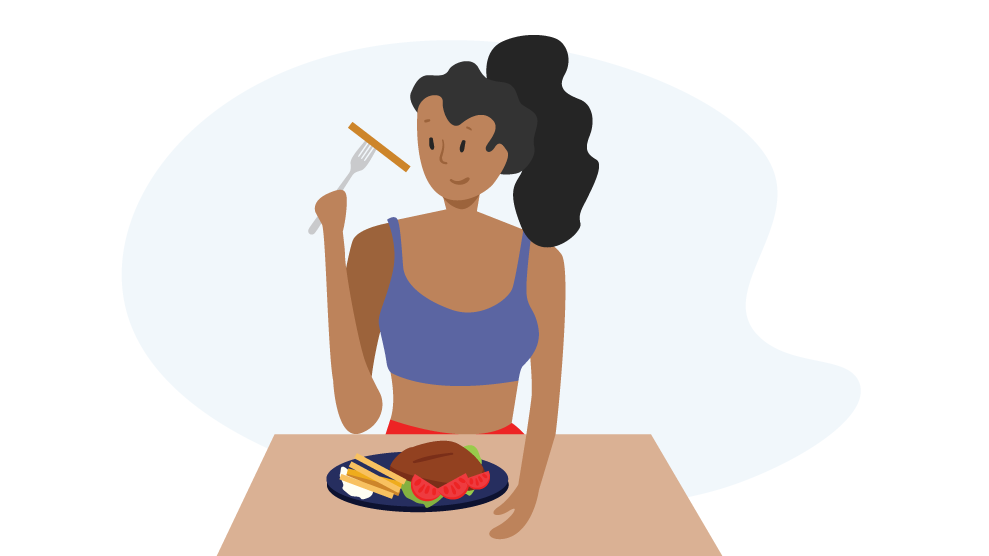 On this site, we talk a lot about the importance of working out and proper nutrition.

And if you’re a reader of this blog, I’m sure that you’ve heard me discuss (more than once) the importance of calories, macronutrients, food choices, among other diet-related topics.

You see, all of the stuff that I mentioned above requires a larger overhaul to your lifestyle, which admittedly isn’t always easy to do.

Even when you follow proven methods, your habits can take awhile to change – especially when there are numerous factors involved.

So today I am going to discuss one incredibly simple thing that you can do to help lose some weight.

Yes, simply by making this single, solitary change to their diets, many people find that they’ll effortlessly drop more than a few pounds.

What is this change that I’m alluding to?

Well, quite simply, you should completely cut out regular soda from your diet and switch to diet soda instead.

Yup, that change alone for many people will be enough to start losing weight.

Why You Should Completely Remove Soda From You Diet 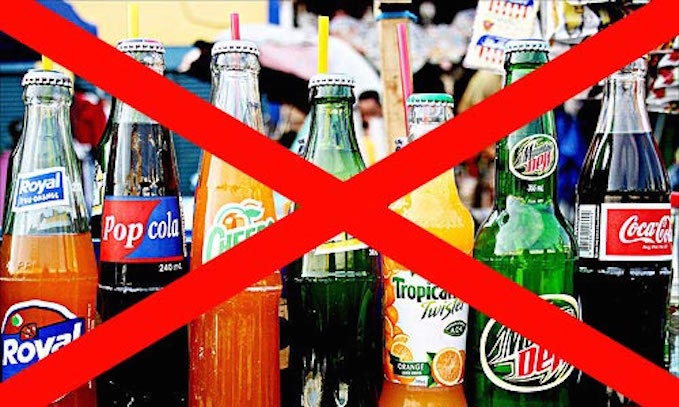 There has been a push for people to switch from regular soda to diet soda for years, but despite all of that many people still opt for the sugary stuff.

I’ll get to why this is in a second, but first let’s quickly take a look at exactly what you’re getting when you drink just 1 can of regular soda.

Basically, soda is almost entirely comprised of sugar. That’s it, just a ton of sugar and nothing else.

In a regular can of Coke (or pretty much any type of soda), you’re generally getting about 140 calories and 36 grams of pure sugar.

It’s fine to have a bit of sugar in your diet, as long as it is balanced with other things.

However, non-diet soda provides a sugar injection that is completely excessive.

Not only will it spike your insulin levels, but it will also tend to leave you hungrier and more likely to overeat later in the day.

…And that’s not even considering the TON of ’empty’ calories that you can easily consume every day by drinking 2 or 3 cans of soda.

What about on the positive side?

Well, aside from the sugar rush that can give you a jolt of energy, there is nothing beneficial about funneling that much sugar into your body in one go.

Now for years the argument could have been made that people drank sugary soda simply because they liked drinking soda.

For a long time, there was no real alternative if you wanted a sweet, carbonated drink.

And I completely get that; I like drinking soda too.

But, thankfully, we don’t have to do that anymore to get our soda fix.

Diet soda is now a viable alternative, and has been for many years.

In each can of diet soda, in contrast to regular soda, you get zero calories and zero grams of sugar.

If you’ve read my article on drinking your calories, you know that in most cases you want to get your calories from food, not from liquids.

Diet soda provides a MAJOR advantage in this department…

What’s more, these days you can even opt for versions of diet soda that taste even more like regular soda.

These variations are sweetened with Sucralose, instead of Aspartame, which many people find taste even more like the real thing.

Finally, there is no lack of availability here.

I’d bet that you’d be hard pressed to find a place that sells regular soda that doesn’t also offer some form of diet soda.

It’s not like trying to find a gluten-free option at many restaurants; diet soda is now just about as widely available as the sugary version.

So Why Does Anyone Still Drink Regular Soda Instead Of Diet Soda?

There are actually several reasons for this…

First of all, many people simply do it out of habit.

Regular soda is still considered the default choice – so if you don’t put much thought into it, that is what you’ll end up getting.

Case in point, if you ask for a Coke at a restaurant, and don’t specify that you want a Diet Coke, then you’ll get a regular Coke.

Much of this ultimately comes down to just not realizing how bad regular soda is for you, and how many calories you’ll be saving if you avoid drinking it.

Hopefully this article has helped with that somewhat – but just think if you were to cut out 3 sodas from your diet per day, and have 3 diet sodas instead.

That would amount to 420 extra calories and 108 grams of sugar that you’re not putting into your body.

Believe me, when you consider that cutting out 500 calories per day will generally lead to 1 pound of weight loss per week, these changes add up…

Now another reason is that people think that diet soda doesn’t taste as good.

Well, I’d counter that it just tastes different, and that this is just a case of being used to how regular soda tastes.

At the end of the day, is that slight difference in taste worth the massive downside of gulping down that much sugar and extra calories?

When you really think about it, probably not, right?

Next up, there are those who are worried about putting artificial sweeteners into their bodies, and therefore opt for sugary soda instead.

I’ve covered this subject pretty extensively in this article, but the basic gist is that there isn’t strong evidence to support that moderate consumption of either Aspartame or Sucralose is dangerous (the 2 sweeteners most commonly found in diet soda).

Finally, some people prefer the way that regular soda makes them feel.

That is to say, they like the sugar rush – that sudden jolt of energy.

And I get this, but instead of relying on sugar for that rush I’d suggest switching to something like caffeine instead.

It is a lot better for you, and you don’t need to dump a ton of calories into your body to get it.

I hope that I’ve been pretty clear with this one.

The bottom line is that the positives of switching to diet soda outweigh any possible negatives.

And best of all, unlike other larger scale changes to your diet, it just requires substituting one thing for something that is very, very similar.

So if you currently drink non-diet soda, and are looking for an incredibly simple and effective way to start losing some weight, make this change today!

I promise that after a couple weeks – at most – you won’t even miss it.