Intermittent Fasting: How It Works And Is It Right For You? 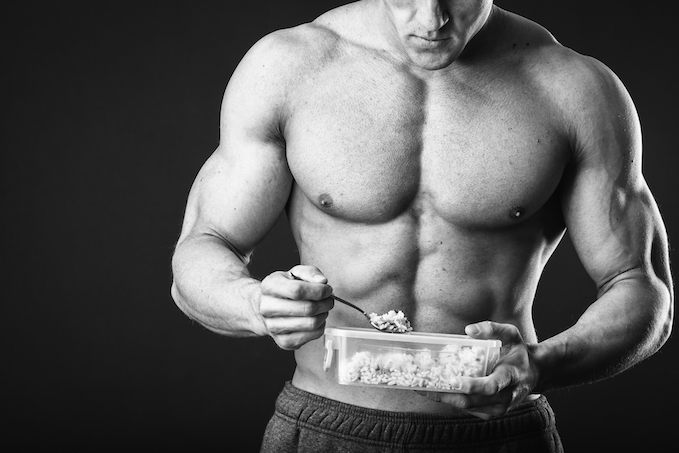 Over the last few years, a concept known as intermittent fasting has taken the fitness world by storm.

It has been marketed by some fitness experts as a kind of dietary nirvana – an ingenious ‘hack’ that can make it effortless to lose weight.

However, the idea of fasting is nothing new…

In fact, people have been practicing various forms of fasting for 100s of years.

But what is intermittent fasting, exactly?

Well, in short, it is a dietary protocol where you restrict your eating during certain hours of the day, and then eat all of your calories within a much smaller window of time.

Therefore, each day you are fasting for maybe 16 hours, and then eating all of your food over the remaining 8 hour period (although there are several different variations).

And as strange as this might sound, for certain people intermittent fasting can be an enjoyable and effective way to structure their diet.

Personally, we both love it, as we’ve written about before.

But it isn’t for everyone – and it certainly isn’t a magic bullet!

To be clear, there is nothing so special about intermittent fasting that allows you to consume more calories than you’re burning and still lose weight.

In the end, it still comes down to energy balance…

That said, intermittent fasting provides a novel way to group your energy intake, and can either be beneficial or undesirable depending on your preferences.

In this article, we’re going to take a proper look at the concept of intermittent fasting, how it really works, and some of the ways that it can be used as an effective lifestyle approach to eating.

What Happens When You’re Fasting?

Before we dive deeper into what intermittent fasting is, let’s take a brief look at what is actually going on when your body is in what is known as a ‘fasted’ state.

For years, it was thought that if you didn’t eat every few hours, with a substantial amount of protein in each meal, that your muscles would shrivel up and wither away.

Thankfully, we now know that this isn’t true at all, as we discuss further in this article.

That is, the number and frequency of meals that you eat each day won’t matter, in terms of how much muscle you build or fat you lose, as long as the total calories and macros meet your targets.

And it is precisely this recent change in thinking that has allowed intermittent fasting to now be considered a viable approach to eating.

But let’s take a deeper look at what this is, shall we?

Basically, when your body is in a ‘fasted’ state, it needs to sustain itself from something other than the food that you’re (not) eating.

Luckily, it won’t just start burning through your hard earned muscle for fuel; instead, it will get its energy either from stored liver glycogen or body fat.

Now when your body runs out of liver glycogen, which happens after about 6-24 hours of fasting, it will convert amino acids into more glucose through a process known as ‘gluconeogenesis‘.

Not to worry, though, cause these amino acids won’t be coming from your muscles – but instead from amino acids that are already in your blood stream.

The bottom line here is that your body will do EVERYTHING possible to avoid breaking down muscle when fasting, using these other sources for energy instead.

In fact, it will typically take over 24 hours of fasting before a typical person is at risk of muscle loss, so you can comfortably put that concern out of your head.

The Benefits Of Fasting

Now that you have a better understanding of what is actually going on when you’re fasting, and know that it’s not going to destroy your metabolism or cause your muscles to melt away, let’s take look at some of its benefits.

You see, fasting has a whole lot of health benefits that go way beyond just calorie partitioning, such as:

However, in our opinion, the biggest benefit of intermittent fasting is that it allows you to eat larger meals while you’re on a cutting diet.

As you know, when you’re cutting, you have to be eating at a caloric deficit to lose weight.

If you do this while also attempting to eat 3 or more meals each day, you are going to be looking at some pretty small meals, which can make the whole process feel a lot more arduous.

With intermittent fasting, you’ll instead typically skip out on breakfast, which then leaves you able to eat a larger lunch and dinner, while maintaining the same total caloric intake for the day.

This can make you feel a lot less like you’re dieting after your body has acclimated to only eating during these hours.

Is Intermittent Fasting Right For You?

This is very personal, and there really isn’t a right or wrong answer here.

Some of our members love intermittent fasting, and can’t imagine eating any other way once they’ve gotten used to it.

Others absolutely hate it, and do much better on a more regular eating schedule.

As a general rule, if you are someone who really loves breakfast, then you’re probably going to be more resistant to intermittent fasting since it typically involves eliminating breakfast and having larger lunches and dinners.

In addition, if you prefer to eat smaller, more frequent meals – either because of time constraints or just because you like how it makes you feel – then you should stick to doing that and probably give intermittent fasting a miss.

However, if you really love larger, more filling meals, or are finding it hard to stay within your calorie/macro targets when you’re cutting, then we would strongly recommend giving intermittent fasting a try and see how it sits with you.

How To Approach Intermittent Fasting

This part is very simple.

We recommend that you set an 8 hour period of time each day where you will eat all of your meals, and then avoid eating anything during the other 16 hours of the day.

This specific block of time will vary, but for most people your first meal will be lunch with your last meal being dinner.

This means that your eating window will typically be either from 12-8pm or 1-9pm, depending on when you like to have lunch and dinner.

During the fasting period of the day, you shouldn’t eat anything that has calories – but coffee, diet soda, water, and gum are perfectly fine.

And during the eating periods, you should make sure to hit your calorie and macro targets for the day.

This can be split either over 2 larger meals (lunch and dinner), or 2 meals and an afternoon snack – that part is completely up to you.

This is a sizable amount for each meal, meaning that you won’t feel nearly as much like you’re dieting, which can make the whole thing a lot easier to stick to.

Also, we should mention that intermittent fasting isn’t an all or nothing thing.

That is, you can fast some days and not other days – again, as long as your calorie/macro targets add up for the day, you can mix and match however you want.

For instance, some people like to do intermittent fasting Monday through Friday, but then eat more normally during the weekends, having breakfast with their families, etc.

Note: There can be an adjustment period of 7-10 days when you first start intermittent fasting, where you’ll feel pretty hungry during the morning when you’re not eating.

This is primarily because of a hormone known as ghrelin, which regulates when you feel hungry, but after some time you will adjust and should feel completely fine during your fasted periods, without any noticeable hunger.

In fact, many of our members have reported feeling really great during the fasted periods – with clear, focused energy – and find that this often becomes the most productive part of their day.

Working Out While Intermittent Fasting

There are a few other things to consider if you work out during your fasting periods.

This is often the case if you do your workouts in the morning before work – where if you are following an IF approach you won’t be eating your first meal until lunch, which is often hours later.

In these cases, you should supplement with Brand Chain Amino Acids (BCAAS), to avoid muscle breakdown that can happen as a result of lifing weights while being fasted.

While in normal circumstances, fasting will not lead to muscle breakdown (as we discussed above), when you’re lifting heavy weights without eating, your body can start breaking down muscle to meet its additional energy requirements.

However, simply by taking 10 grams of BCAAS both before and after your fasted weight lifting workouts, you can completely avoid any muscle breakdown.

We cover BCAAs in more detail in this article, but the important thing to remember is that you should use a quality BCAA supplement that doesn’t contain any calories (so as not to break your fast).

We strongly recommend the Xtend brand of BCCAs. They taste really good, and provide the right combination of amino acids to avoid muscle breakdown – you can order a tub here.

However, if you work out later in the day, after you have already eaten, then you generally don’t need to worry about BCAAs, as long as you are getting sufficient protein both before and after your workouts.

Finally, there are some specific fat loss benefits that you can get from doing fasted cardio, as we cover in more detail here.