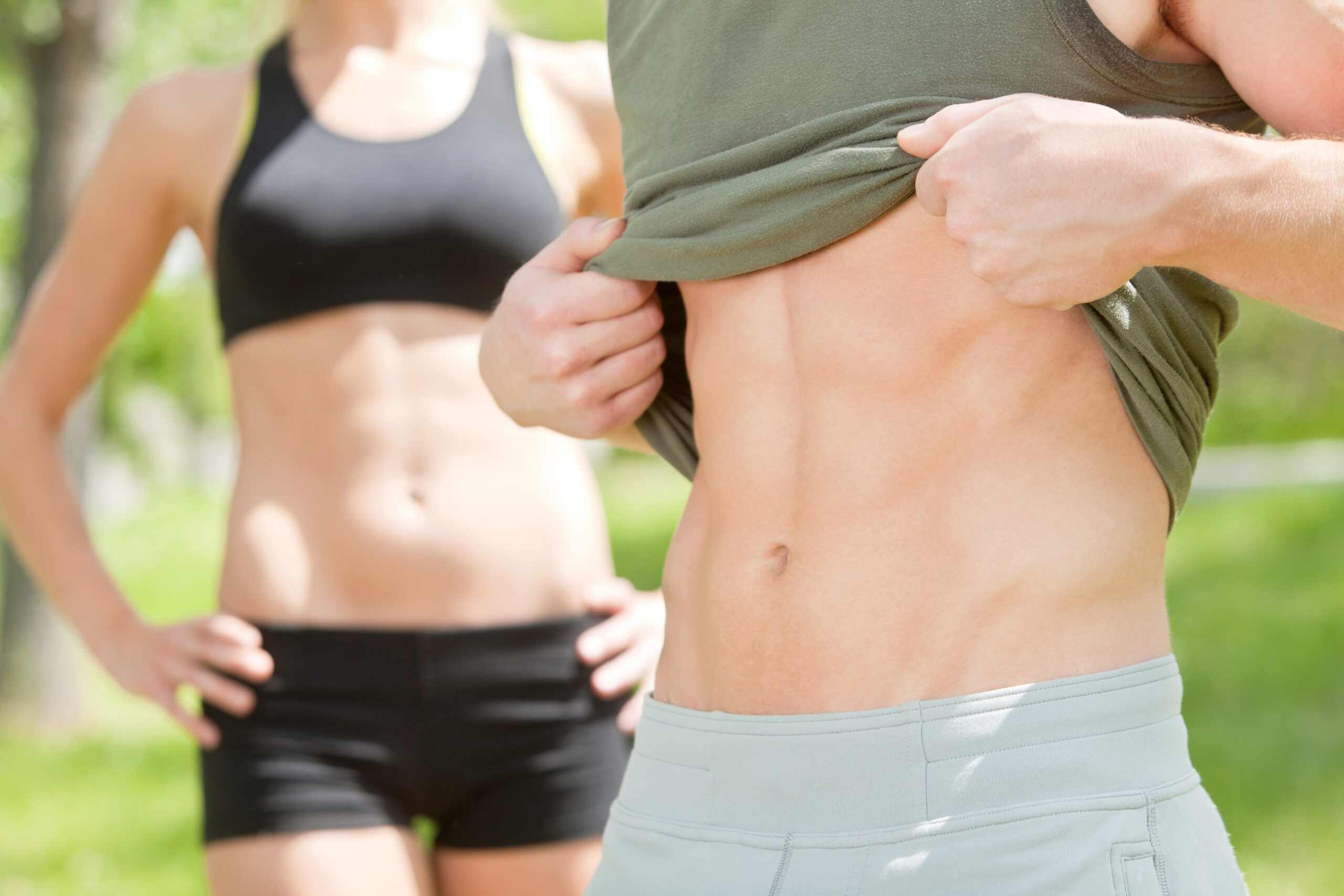 Are you trying to spot reduce fat around your stomach to get that shredded 6-pack look?

Well, I hate to be the bearer of bad news here, but it is impossible for you to focus on getting rid of your stomach fat.

Might as well go back to eating whatever you want then, right?

While it is impossible to reduce fat from specific areas of your body, it is very possible – and pretty much guaranteed, if you follow a smart plan – for you to lose fat from all over your body.

Unfortunately, pretty much everyone is lying to you about this, so my hope for this article is to help you see through the smoke and mirrors.

The Myth Of Targeted Fat Loss

If you were to get your weight loss advice from fitness magazines, infomercials, and internet ads, then you’d probably be convinced that there are 100s of ways to target those stubborn love handles.

In fact, there are workouts that are specifically designed to sculpt your midsection, marketed as the perfect panacea to your bulging gut, and leading you to believe that you can effectively focus fat loss on specific areas of your body.

When I was younger, I fell into this trap as well. More than once, in fact.

The first time was over a decade ago, when I was in my first year of college.

Like a lot of people, I wanted six pack abs and didn’t know what the hell I was doing – so when a TV commercial for the AB energizer belt promised me that it would get me ripped, I was convinced that it was the perfect solution.

So I ordered the ab belt, and dutifully electrocuted my stomach every day for 30 minutes in front of the TV.

I was frying the shit out of all that stomach fat, or so it seemed; I mean, I thought I could actually feel it working, as my stomach involuntarily convulsed in response to the electricity.

Well, after 3 months, when I had finally used up all the conductive gel for the ab belt, I took note of my progress.

Sadly, no actual progress had been made. My stomach looked exactly the same, with the addition of a couple burn lines that the ab belt graciously branded me with.

You think that I learned my lesson after being fried in such worthless snake oil?

The thing is, I still wanted to get leaner than I was.

And I didn’t care about the remaining fat on other parts my body; I just wanted that stomach fat gone.

Well, I went online to do some ‘research’ – and, unfortunately, I was duped by the sweet siren calls of targeted fat loss yet again.

This time it was in the form of an ab gel.

I would rub this goop on my stomach, and it was supposed to specifically target the subcutaneous fat that was hiding my abs.

I lathered this stuff on for about a month, but the only thing I got out of it was minor skin irritation.

So, after being tricked twice, in the years that followed I came to realize one simple truth about fat loss:

It is impossible to reduce fat from a specific part of your body, and anyone who tells you otherwise is lying.

As I’ve discussed before, the only way to lose fat is to maintain a caloric deficit over a period of time.

This means either eating less or exercising more – although it generally comes down to the former, since there are only so many calories that you can burn at the gym without overtraining.

Yes, the truth is that you can do all the crunches in the world, and it won’t do anything to target the fat around your abs.

Sure, you may strengthen your abdominal muscles, but you won’t specifically be burning stomach fat.

In fact, in a cruel twist of irony, by exercising your ab muscles too much in an attempt to lose body fat, you can actually make yourself look fatter!

This is because you are increasing the size of your ab muscles, without decreasing the amount of fat that is covering them up.

The result? Bigger abs that visibly push out your gut.

So you’re saying that I can’t have nice abs?

You can definitely lose the fat there, but you also must lose it from other areas of your body at the same time.

Your arms, your legs, your back, your neck, and even your face.

As you decrease your calories and start losing weight, you’ll notice that fat will start disappearing from all of these areas, in addition to around your stomach.

But you simply can’t target your stomach fat separately, so don’t get suckered in by the next charlatan who claims otherwise.