How NEAT Could Be Affecting Your Fat Loss 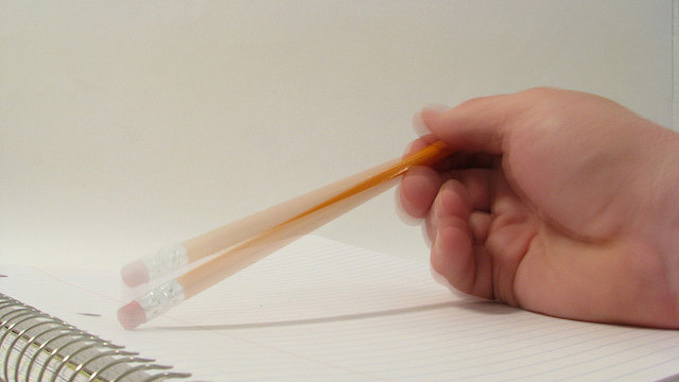 Everyone knows one of these guys…

They seem to be able to eat whatever they want, yet somehow they still manage to stay lean.

In fact, they don’t really seem very concerned with their diet at all, and pound down junk food with the reckless abandon of a 14 year old kid.

If anything, they often complain about how they can never seem to put on any weight, despite their voracious eating patterns.

You probably also know at least one guy who seems to have the opposite problem.

He watches what he eats, but is always struggling to keep the weight off.

When this happens, people tend to blame their metabolisms.

The first guy feels that his incredibly fast metabolism lets him burn off all of those extra calories, but makes it difficult to put on muscle.

The second guy, conversely, blames his slow metabolism for his lack of dietary progress.

While metabolism is certainly a factor, it does not tell the whole story here.

To understand what is actually going on, we have to dive in a little deeper, and learn about a rarely discussed component of your body’s energy balance.

At the end of the day, what determines whether you are gaining or losing weight is your body’s energy balance.

Well, it is and it isn’t – which is one of the reasons why so many guys struggle to build lean, muscular bodies, despite their best efforts.

You see, while understanding energy balance can seem fairly cut and dry, there’s actually a lot to it.

Part of the explanation for this is variation in one’s Basal Metabolic Rate (BMR), which is simply the amount of energy the body needs to sustain its basic functions (read: keeping you alive and breathing).

This is what is commonly thought of as your metabolism – the genetic lottery that some guys have been unfairly blessed (or cursed) with.

However, it may surprise you that there is only a variance of about 85% in BMR.

This means that, holding all other factors equal, if you have 2 guys on a 2000 calorie a day diet, there could be a 300 calorie burning variation attributed to differences in BMR.

That is to say, if one of the guys had a BMR on the high end of that variation, and the other guy had a BMR on the low end, the first guy would be burning about 300 calories a day more than the second guy.

And while that is something – at the end of the day, it isn’t a massive variation, and not on the level that you might expect.

Indeed, there is another big factor working behind the scenes that most people don’t consider…

How NEAT comes into play.

You know how some people never seem to stay still?

They are always fidgeting, pacing around, vibrating their leg while sitting.

Well, this type of activity can actually make a significant difference to how many calories you burn.

The energy burned from these types of unconscious movements has become known as Non-Exercise Activity Thermogenesis – or NEAT for short.

And as it turns out, people can have drastically different levels of non-exercise related activity.

It has been estimated that NEAT can actually account for anywhere from a 200-900 difference in the amount of calores your body burns per day (again, holding all of the other potential factors constant).

To put it in perspective, say that you have a 900 calorie NEAT variation from your workout partner. If you are the same age/weight, have the same diet, and train in exactly the same way, he could still be burning 900 calories more (or less) than you each day just from NEAT alone.

That is an extra hour or 2 on the treadmill.

This means that certain guys’ bodies will respond to overfeeding by increasing their NEAT level.

Yes, they will actually start fidgeting and moving around more in response to consuming more calories.

For other guys, their bodies won’t respond to overfeeding in this way, and their NEAT level will remain largely unchanged.

Likewise, certain guys will automatically decrease their NEAT activity more than others in response to cutting calories.

OK, so what does that mean for you?

If you’ve found some of this disheartening, I’d suggest that you’re looking at it in the wrong way.

The reality is that these types of variations – both BMR and NEAT – could be labeled unfair.

And, really, they are unfair.

Some guys are born with a naturally higher Basal Metabolic Rate.

And some guys are genetically predisposed to have more NEAT-related energy expenditure.

But neither of these things are insurmountable, or should ever be seen to limit your potential.

Low NEAT levels can be counterbalanced by eating fewer calories when trying to lose fat, or doing more exercise to help compensate.

At the end of the day, this is entirely in your control – and having a better understanding of where you are on the NEAT spectrum will only leave you better equipped to accommodate for it.

Confused about how NEAT works or have a question about how it could be affecting you? Let us know in the comments below.