4 Of The Hardest Ab Exercises Known To Man 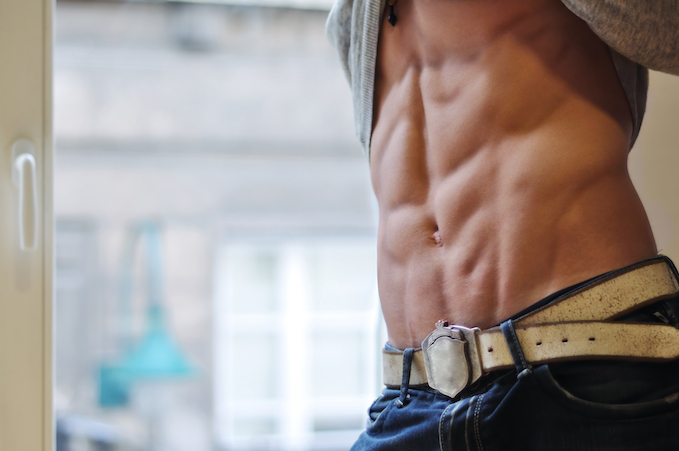 Most guys who work out want impressive abs.

In fact, if you ask most guys, it is probably the muscle group that they are most concerned about…

Having prominent, visible abs is the ultimate sign of being super fit (and it doesn’t hurt that women rate it as one of the most desirable male body parts).

Now most of you already know the typical, run-of-the-mill ab exercises; you know, the ones that have been plastered across every major fitness magazine for the last 2 decades.

We’ve all heard of crunches, bicycles, planks, side-bends, etc – and while all of them can be effective, none of them are probably very exciting to you, right?

Well, you’re in luck, cause today I’m going to give you something different.

I’m going to show you 3 of the most challenging, ab-defining exercises in the world.

They are tough – certainly not for the faint of heart – and realistically you won’t be able to do any of them right away (if ever).

But they are also incredibly effective – and if you are able to master them, you’ll be turning heads at the gym AND the beach next summer.

Now some of you may have seen this before, even if you’ve never tried it yourself.

The dragon flag was originally popularized by Bruce Lee, and was also featured in Rocky as part of Stallone’s intensive training regime.

To do the dragon flag, you lie on a standard weight bench, and grip the end of the bench with both hands firmly for support.

At this point, slowly hoist your body up into a vertical position, with your feet pointing towards the ceiling, legs straight, and your weight resting on the back of your shoulders.

From there, the goal is to bring your legs down slowly while keeping your body as straight as possible.

Once you get to the bottom, pause, and then bring your body back up to the starting position – again, trying not to bend your knees – and at no point should your lower back make contact with the bench.

Now this is hard, and realistically you won’t be able to do it unless you have a well-developed core already.

However, it is a fantastic ab exercise, and you’ll feel like a bad ass doing it, so don’t shy away from it just because it’s tough as hell.

I suggest starting out by doing dragon flags with your knees bent, which is considerably easier, and then working up to doing reps with your legs completely straight.

Here is a video that shows you how to do a dragon flag properly:

The ab wheel is a great exercise for building core strength, and it certainly isn’t a walk in the park.

But you know what is much harder than regular ab rollouts?

Instead of starting from a kneeling position, you do these standing while gripping a loaded barbell.

To perform the exercise, you then just roll the bar forward, keeping your toes on the ground the entire time, until your entire body is stretched out.

From that point, you’ll use your core to roll the bar back towards your feet, until you are in a standing position again.

It’s insanely tough to do, but well worth trying if you’ve already mastered more conventional rollouts.

Here is a video that shows you how to do standing ab rollouts properly:

Have you already mastered the plank and want something that’ll really challenge your core?

Then look no further than the dreaded front lever.

This is an exercise that very, very few guys can do – even those that have been training for years!

To do these, you’ll want to stand under a straight pull-up bar, and grab it with a shoulder-width grip.

Then pull yourself into a hanging position, as if you were going to do a regular pull-up – but then instead of completing the pull-up, use your core and back muscles to pull your entire body completely straight, so that you are horizontal to the ground.

This should look kind of like an upside down plank when done correctly.

From there, like the plank, the goal should be to hold it for as many seconds as possible (even 5 seconds at the beginning is a great start).

Here is a video that shows you how to do front levers properly:

OK, so the 3 ab exercises that I’ve discussed are hard – no doubt about it.

The human flag is, bar none, the toughest ab exercise of them all.

It requires incredible core strength and endurance to pull off, but looks awesome as hell.

Imagine doing a dragon flag horizontally as you hold on to a pole.

In fact, when does correctly, it kind of looks like you’re floating in mid air.

And it can be done pretty much anywhere, leading to this recent craze.

To give you a sense of just how hard it is, check out this world record attempt, where the guy manages to hold the human flag for close to 40 seconds (the actual world record is just over a minute).

Know of any hard ab exercises that you think deserve to be on this list? Let us know in the comments below!