How The Hunger Hormone Ghrelin Can Impact Your Fat Loss 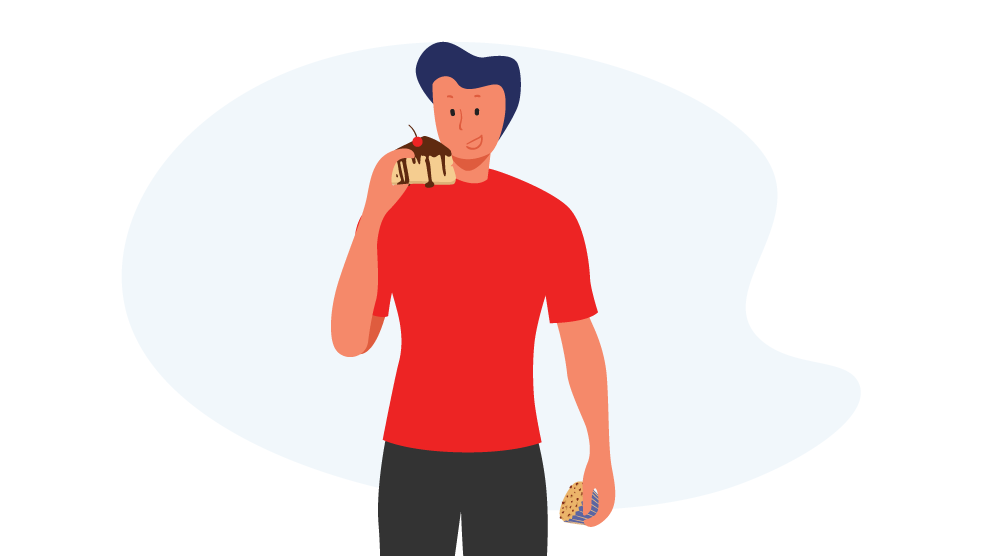 When you’re trying to lose weight, hunger can be a major thorn in your side.

You can be chugging along, following your diet perfectly, and then it happens…

Your body is telling you to eat – that it needs some food.

And even though it may not be time for you to eat yet, this physiological signal can be hard to ignore.

Then, before you know it, you’re munching on something that you shouldn’t be eating – or at the very least agonizing about your next meal, which can’t come soon enough!

But have you ever wondered what actually causes you to feel hungry?

Well, it turns out that feeling hungry is actually controlled by a hormone called ghrelin, which is aptly nicknamed the ‘hunger hormone’.

In this article, I’m going to be bringing you up to speed on what ghrelin is, what it’s so important, and what you can do to keep it in balance.

Ghrelin is a hormone that is produced primarily in your stomach.

It has 2 major functions: to signal your body to produce more growth hormone and to stimulate hunger.

As far as your appetite is concerned, though, ghrelin is actually the only hormone that is involved in making you hungry.

Why Ghrelin Is So Important

Now that we’ve briefly discussed what ghrelin is, let’s get into specifically why it matters so much when trying to control your diet.

You see, one of the most interesting aspects of ghrelin is that it becomes connected to your normal meal times.

That is to say, if you usually eat breakfast at 8am, lunch at 1pm, and dinner at 7pm, then your body will release a surge of ghrelin at those times, making you feel hungry.

This is one of the major reasons why it can be hard to change meal frequency when you’re used to eating at certain times.

Your body is literally set to eating at certain times, controlled by the release of ghrelin, explaining why the shift to intermittent fasting can be tough for the first 7-10 days, until your body adjusts.

Likewise, if you are used to eating only 2-3 meals, and decide to start eating 5-6, you won’t be hungry at the appropriate times until your body catches up and starts releasing ghrelin at the right intervals.

In addition to all of this, increased levels of ghrelin also has an impact on your metabolism, slowing it down while also increasing the potential for fat storage.

It’s also interesting to note that ghrelin seems to be inversely correlated to leptin – an important hormone that I’ve discussed in previous articles.

That is, when leptin levels start to fall on a calorie-restricted diet, ghrelin levels tend to rise.

In fact, there has even been some evidence that leptin helps to control ghrelin.

What all of this means is that ghrelin plays an important role not only in short-term hunger, but also in the regulation of your bodyweight in the longer-term.

It isn’t always easy to control your hormones, and ghrelin is no exception.

And while the specific mechanisms that impact ghrelin production can be complex – and often not completely understood – there are still several identifiable factors that seem to play a key role in its production.

Here are the 4 factors that seem to have some impact on ghrelin release:

So to wrap all of this up, the biggest thing that you should take away about ghrelin is how it impacts your hunger around meals.

That is, if you are trying to shift to a diet that has fewer meals per day (like intermittent fasting), you should expect to endure periods of hunger before your ghrelin levels adjust.

And by the same token, if you’re shifting to a higher meal frequency diet, you should realize that it will take your body a bit of time to adjust and start producing ghrelin at the appropriate times to make you feel hungry.

Further, when dieting, it is in your best interest to keep ghrelin at comparatively low levels, since that will make you less hungry overall and therefore less likely to cheat.

To do this, you should try to keep your carbs higher, consume a lot of fiber (by eating green, fibrous vegetables), and maintain a normal sodium intake.