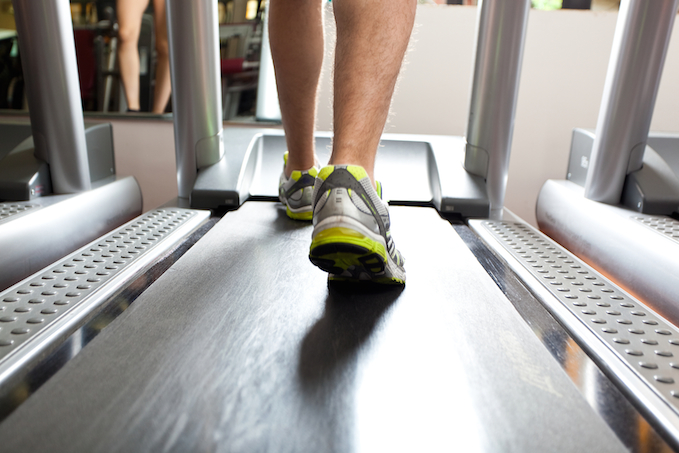 Lately, I’ve noticed that something called ‘fasted cardio’ is getting more and more popular…

2 years ago pretty much no one had really heard of this.

Now, it has become one of the latest trends that people are embracing to help them lose weight faster.

But whenever something seems like a fad, it is always important to pause, take a deep breath, and do some research before diving right in.

For that reason, I thought it would be helpful to use today’s post to go over exactly what fasted cardio is – and, more importantly, whether it makes sense for you to start incorporating it into your exercise routine.

What Is Fasted Cardio?

Simply put, fasted cardio is when you do some sort of cardiovascular exercise – be it running, sprinting, cycling, etc – in a ‘fasted state’.

This of course begs the question: what constitutes being in a fasted state.

Well, contrary to common belief, being in a fasted state doesn’t simply mean that you didn’t eat before the gym (although it does involve that).

Instead, fasting is a specific state where you body is fundamentally processing things differently.

Without getting bogged down by too much of the science here, I’ll give you a brief overview of how being in a ‘fasted state’ differs from being in a ‘fed state’.

Basically, whenever you eat something, your body produces insulin – and yes, this is the case no matter what you eat, regardless of what carb-haters will tell you.

Work out smarter, not harder.
Get The Caliber App

After eating, your insulin levels will remain high for several hours – typically ranging from 3-6, depending on how much and which specific foods you ate.

When your insulin levels are high, your body is considered to be in a ‘fed state’; that is, your body is actively processing your food and absorbing nutrients.

Conversely, when your insulin levels are lower, and you are no longer actively processing food, you are considered to be in a ‘fasted state’.

So while being fasted is obviously contingent on not having eaten for a period of time – simply missing a meal before your workout is NOT considered fasting, unless your body is actually in a fasted state.

Following that, fasted cardio can be defined as doing cardiovascular exercise when your body is NOT actively in the process of absorbing nutrients.

Does that make sense?

Great, let’s get to the meat of the article.

Why Is Fasted Cardio Getting So Popular?

As I mentioned above, more and more people are doing fasted cardio lately – with this trend being primarily driven by the belief that it helps burn more fat.

This belief is grounded in the fact that insulin considerably changes the way that your body uses fat for energy.

When your insulin levels are high, you body doesn’t use stored fat as its primary energy source.

This is because your body thinks that it has a lot of current energy from food to work with, and high insulin levels are what help signal that.

And since it has a lot of immediate food energy to work with, it doesn’t need to dip into your fat reserves.

On the other hand, when your insulin levels are low, your body starts burning fat for energy much more readily again. This applies to both dietary fats and stored fats.

So, when someone does fasted cardio, their insulin levels are low – which leads to, at least in theory, more fat being burned.

OK, But Is That Actually True?

The last thing I want here is for you to starve yourself needlessly before working out, if it doesn’t provide any actual benefits.

First of all, you should know that fasted cardio, with the intention of losing weight, will be utterly pointless if you’re not eating at a calorie deficit.

That is to say, there is nothing so magical about fasted cardio that will make the fat melt away if you’re not eating properly.

Fasted cardio can’t just be treated a simple panacea for weight loss; it has to be taken as part of a larger whole to be useful.

Now that we’ve gotten that out of the way, I will say that I personally do fasted cardio – and have for sometime now.

As I mentioned before, your body is in more of a fat burning ‘mode’ during fasted cardio.

This process of breaking down fat is known as lipolysis. Lipolysis is actually reduced by higher insulin levels – so when your insulin is low during fasting the process is at its most efficient.

Additionally, current research also indicates that fasted cardio produces higher fat oxidization rates than non-fasted cardio – making it possible to actually burn away more fat during these periods, instead of just breaking down.

So, in short, both lipolysis & fat oxidation rates do seem to be higher during fasted cardio.

Which means that you are both breaking down more fat (increased lipolysis) AND burning more fat for energy (increased fat oxidization).

Other Things To Know

In the end, adding fasted cardio to your workout is pretty simple: you just don’t eat for at least 6 hours prior to cardio to ensure that you’re in a fasted state.

However, there are some other points that you should also be aware of, if you want to maximize the effectiveness of fasted cardio.

First of all, I would strongly recommend doing fasted cardio first thing in the morning.

For most people, this is going to be the most reliable time of day where you won’t have eaten anything for generally 8+ hours prior.

This obviously means doing your cardio workout before breakfast – and then effectively breaking your fast with a meal afterwards.

So, if working out in the morning doesn’t work with your schedule, or you just don’t want to do it, then fasted cardio may not be a good fit for your lifestyle.

In terms of the specific type of cardio that you do, anything will work.

If you’re a runner, continue running.

However, I would recommend doing high-intensity cardio sessions (HITT), since they are ultimately more efficient.

To avoid overtraining, I wouldn’t do more than 3-4 of these sessions per week, for between 20-30 minutes for each session.

Finally, if you do fasted cardio – or fasted training of any sort – I would strongly advise taking a good BCAA supplement.

Rather then rehash what BCAAs are here, I’d suggest checking out my article here for more info.

So, to summarize, fasted cardio can be useful, but it isn’t by any means essential…

And in my opinion, a lot of the current hype about it is a bit over the top.

It is not a magic bullet. You can’t just start doing fasted cardio and expect the pounds to melt away if other things aren’t in order.

That being said, there is a growing body of evidence that fasted cardio can help you burn more fat if your diet has you at an appropriate caloric deficit.

So, if you work out in the morning, I would suggest giving it a try and seeing how you feel.

At first it might seem a bit strange, but I personally prefer it to ‘fed’ cardio.

And not just for the results.

In fact, I have also come to like the way that fasting feels in general.