Why Exercise Isn’t The Cure For Overeating 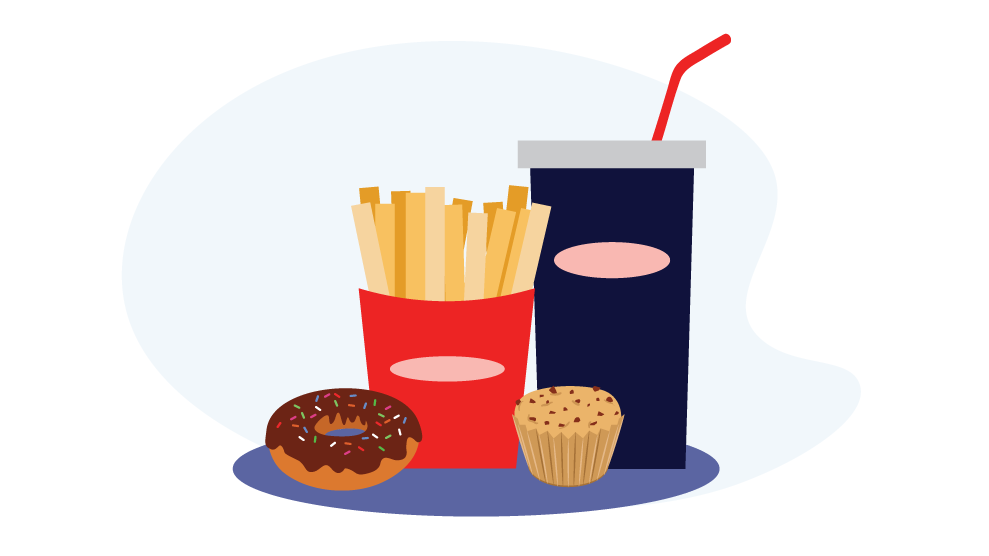 Like many of you, I absolutely love to eat.

I am truly a glutton at heart, and thoroughly appreciate the boundless pleasure that food can offer.

I mean, this is making me hungry right now just thinking about it.

So, this article is specifically intended for all the fellow gluttons out there.

Can you eat an entire large pizza if given the chance? I’m talking to you.

Do you have a real love/hate relationships with buffets? Then listen up, buddy.

If, on the other hand, you are more of a moderate person by nature – and lack that deep-seated proclivity for binge eating – then his article is NOT for you. Read one of my other awesome articles instead.

Ok, so now that we’re on the same page, I want to recount something that happened just the other week.

Basically, while I am a life-long foodie, I also care about my body and my fitness goals.

Sometimes the two things can coexist quite well – like when you’re dutifully following your diet and working out appropriately.

Other times, not so much…

You see, I have been ‘cutting’ for the last few months – which in fitness parlance means losing fat while trying to retain as much muscle as possible.

This necessitates being on a diet that has you at a caloric deficit, since it is impossible to cheat the law of thermodynamics.

That is, if you take in more calories then you’re burning, you will gain weight. Yes, there are more nuances to it than that – but that is basically the inescapable truth.

And this is all well and good when you follow your diet, eating an appropriate quantity of food and calories.

But what about when you fall off the wagon and have a massive, glutinous binge?

Well, what might seem like a good idea is to simply increase the amount of exercise you do to burn it off.

And in theory this makes sense, but it doesn’t really play out like that.

Let me tell you why.

The Day I Ate 6000 Calories On My Cutting Diet 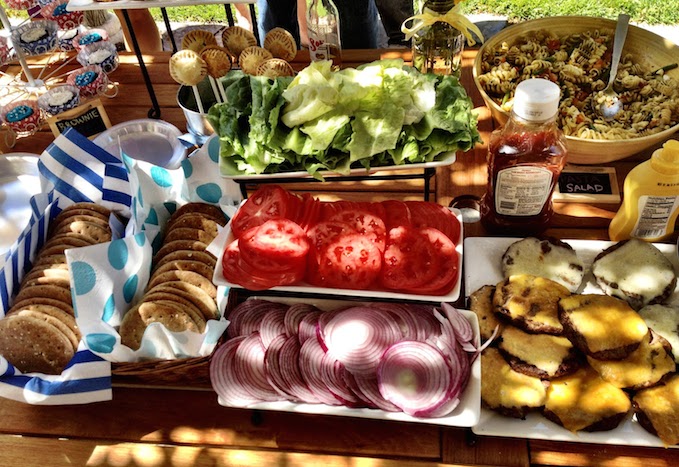 Who could resist a buffet on July 4th?

Like I mentioned before, I have been on a cutting diet – which means I’ve been eating about 2300 calories per day.

I use calorie cycling techniques to have more of these calories on the weekend than weekdays, which leaves me with a shade under 2000 calories per day during the week.

This strategy works for me most of the time, but it sure as hell didn’t last friday.

Last friday was, of course, the 4th of July.

And a 2000 calorie limit didn’t really play well with one of America’s most cherished eating days.

So did I follow my diet that day and eat carefully?

I ate practically everything in sight.

Then I rested for a bit and got back in the ring for another round.

And while it was all highly enjoyable at the time, when I was going to sleep later that night the inevitable post-binging remorse set in.

You know, that feeling that only hits you when you can no longer taste the delicious food and are only left with that feeling of being uncomfortably full?

Well, when I was lying in bed that night, my stomach trying its best to deal with the onslaught of food, it dawned on me that I probably consumed about 6000 calories.

That is 3 times what my diet allowed me to have!

So I started running through options in my head…

My first thought was simply to eat proportionally less over the next few days, so that the average number of calories would fall into an acceptable range.

But I really, really didn’t want to do that.

So my mind wandered on and eventually came across a crazier alternative.

Why didn’t I just burn all of those calories off?

That would allow me to have (or, rather, have had) my cake and eat it too.

So, pleased with this insane conclusion, I drifted off to sleep – resolute that I would wake up the next morning and burn the entire binge off.

The Marathon That Never Was 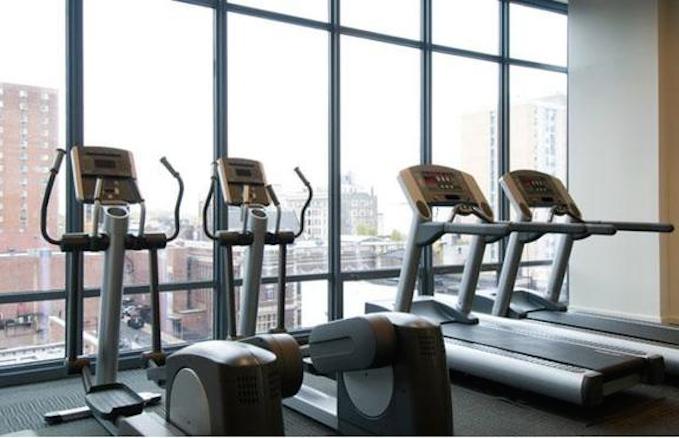 The morning came too soon…

After waking up and having some coffee, I doggedly laced up my shoes. I was doing this.

As I walked to the gym, conflicting thoughts kept trying to worm their way into my mind.

Chris, what the hell are you doing? You aren’t actually going to try and burn off 4000 calories this morning, are you?

Shut up brain; I’m operating on pure will now. Don’t pester me with your common sense.

I arrived at the gym, and selected my weapon of choice: The elliptical machine.

This is one of my favorite pieces of cardio equipment anyway – I find that it allows you to burn a good number of calories while being lower impact on your joints than running on a treadmill.

I turned on the machine, and started the beginning of my morning marathon.

Yes, it would almost be an actual marathon if I were successful – and I am not a marathon runner!

During the first couple minutes I calculated that in order to burn off those 4000 additional calories, it would require at least 4 hours on this thing.

And probably quite a bit more.

Chris, this really is pretty dumb. There is no way you’re gonna do this, especially with a stomach that is working on overdrive to make sense of yesterday’s madness.

Damn it brain, I told you to shut up. I’m doing this; leave your uncomfortable logic at the door.

And so it began – and for awhile, it was all going fairly well.

30 minutes in, and I felt like I could go all day.

But after about an hour of ellipticaling away, most of that blind, misguided optimism had given way to a more realistic sense of dread.

I was only an hour in, had burned less than 1000 calories, and was already feeling like I wanted to get off the unpleasant ride and go back to bed.

It only took me one more everlasting hour after that to concede defeat.

I had burned less than 2000 calories, felt terrible, my legs hurt, and my stomach was wondering why I would choose to abuse it after giving it so much love the day before. 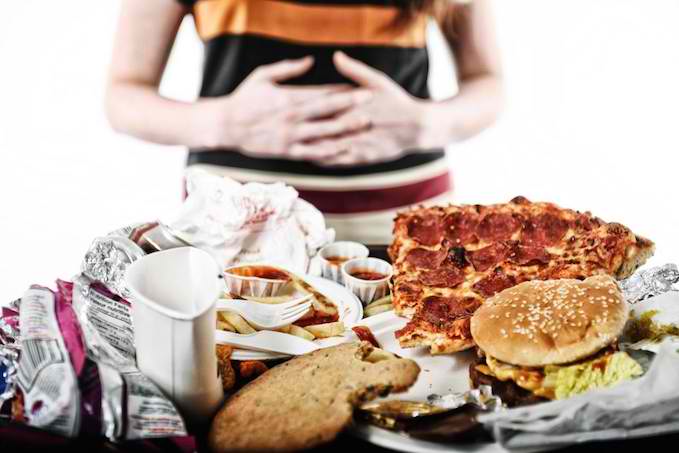 As I limped home, the truth of an old gym adage started to resonate with me in a new way…

“You can’t out-exercise a bad diet”

Of course, I knew this to be true – and had espoused this to clients of mine in the past – but the foolishness of the morning had provided an extreme example of this.

You see, it is far, far easier to consume calories than it is to burn them.

When you overeat, you can pack down 1000s of calories without breaking a sweat.

Unfortunately, the same is not true of burning them off…

It’ll take both sweat AND time to do that – and there is a limit to how much your body will allow you to do before suffering negative consequences.

And suffer them I did: I felt terrible all day on Saturday and my workouts suffered for much of the week that followed.

Does this mean that cardiovascular exercise can’t contribute to a sensible caloric deficit, and help you lose weight?

Of course not; it is a great way to burn off additional calories, and has numerous health benefits.

But it is not a viable way to erase a binge – let alone a bad diet.

It is a losing battle every time: tedious, exhausting, time-consuming – and will undoubtedly make you feel like shit and cause your regular workouts to suffer.

What Should I Have Done? 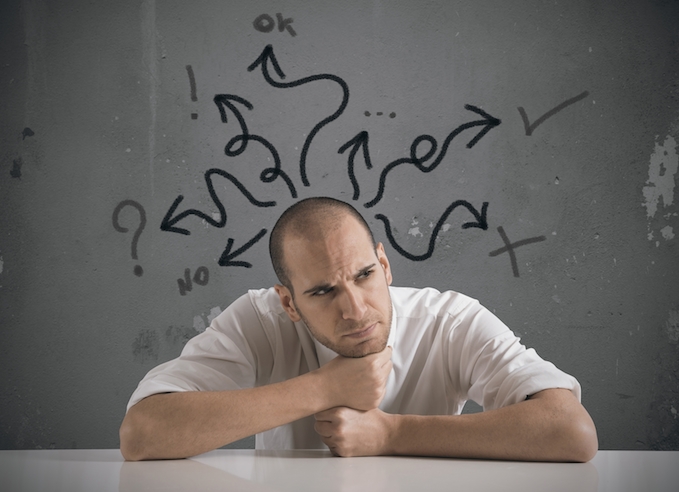 Now for some actionable advice.

So let’s say that you are on a diet, trying to lose weight – but then one day you go off the wagon and binge, what now?

Well, first of all, you shouldn’t do what I did.

Exercise is not a solution for your blunder. Assuming you overate by a large amount, no reasonable level of exercise is going to make a significant enough dent in your net calories.

Sure, if you just overate by a little, you can do some moderate cardio later and burn off a decent amount of the damage.

Well, you really only have 2 viable options here:

1) Adjust the amount you eat for the next few days

If you’ve overeaten by a decent amount, but not by such a degree that it would make Chris Christie blush, then this is probably the best thing to do.

Let’s say that you are normally eating 2200 calories a day as part of your diet – and then one day, you plow through an entire Ben and Jerry’s container for 1200 calories.

Simply eat 2000 calories each day for the next 6 days, instead of 2200 calories, and you will have made up the difference.

That is only 200 calories each day less than what you normally eat, which is certainly manageable without inviting negative side-effects.

You see, by thinking of your total caloric intake in weekly terms, it allows you to absorb such incidents and average them out over several days.

In my experience, this is the best way to make up for moderate binges without them setting back your progress.

2) Just roll with it

The other option is to let the past be the past, and just move forward.

And, really, when you’re faced with the kind of situation that I found myself in on Saturday morning, this is the smartest thing to do.

You aren’t going to make up 4000 calories using the averaging strategy mentioned above.

For 6 straight days, I would be eating close to 700 calories less than usual.

I would feel terrible, deprived – and it likely wouldn’t be sustainable.

Why not average over a longer period of time?

Well, that really isn’t sustainable either. You can’t feasibly be paying back calorie debts from last month.

So, at this point, the best thing is to just say “screw it, I overate, I binged. It was fun. It is also over, and I am just going to have a good eating week going forward”.

And then be good and stick to your diet, like you promised yourself you would be.

Yes, you might have gained a little weight that week, or lost a little bit less fat, but so what?

So you’ll be slightly behind your weight loss goals – not the end of the world!

The most important thing here is consistency.

If you are keeping to your diet the majority of time, the rare glutinous binge won’t hurt you.

So next time you go way over, give yourself a break (as I should have), and don’t try to use exercise to restore your caloric balance.

It’s just not worth it.