Can EPOC Help You Burn Calories After Your Workout? 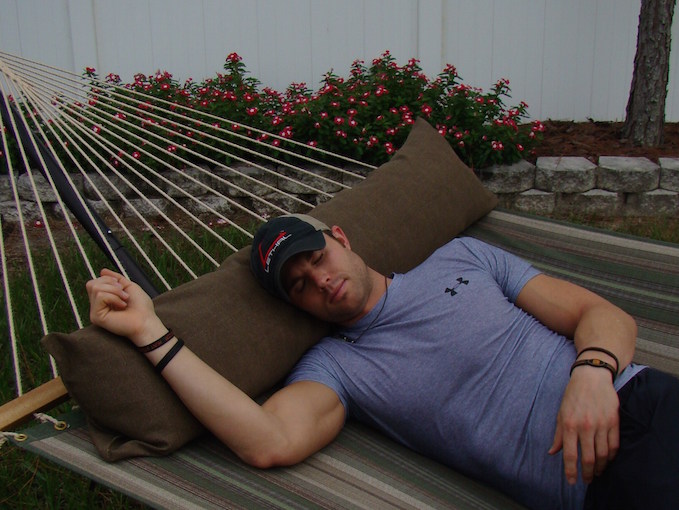 Wouldn’t it be great if there was a way to burn more calories after the gym?

So that by the time you got home, you could just sit on the couch getting ripped as those calories burned themselves away.

Well, this basic premise has been thoroughly abused by one of the Internet’s most notorious fitness hucksters (the ‘After Burn Effect’ anyone?)

And it’s not hard to see why this is…

It is a concept that sells – after all, who wouldn’t want some extra ‘free’ calories getting burned throughout the day. We all want something for nothing.

But what you may be surprised to find out is that there is actually some truth to the whole ‘After Burn Effect’ claim – although it is completely overblown.

You see, there is a period that can last up to 24 hours after exercise where your metabolism is elevated and your body is burning more calories.

This is known as EPOC, which stands for ‘excess post-exercise oxygen consumption’.

In this article, I am going to go over what EPOC is and how it works, as well as how much of a difference it really makes.

For years, it was thought that EPOC was the result of your body paying back an ‘oxygen debt’ that was incurred during exercise – since more oxygen was needed than was actually available at the time.

However, more recent studies have shown that this isn’t the case, and that EPOC is actually more likely to be the result of lactate metabolism and phosphate resynthesis.

Don’t worry, that’s as much of the science that I’ll be getting into with this article, but the important take away is that there is a very clear consensus that EPOC is a real thing.

What Type Of Exercise Produces EPOC?

As far as EPOC is concerned, all types of exercise aren’t equal.

However, other types of higher intensity exercise – like HIIT or metabolic conditioning workouts – are more likely to produce a significant level of EPOC in the hours after exercise.

How Significant Is EPOC Anyway?

Ah, now we come to the meat of the article…

Whenever the concept of EPOC is sold to people, it is presented as if you can burn 100s of calories after you finish working out.

However, this is unfortunately not the case.

In fact, the amount of calories burned via EPOC is actually quite small.

You see, some of the early EPOC studies didn’t properly account for the thermic effect of food when looking at increased metabolism post-exercise.

That’s right, just eating will increase your metabolism in the short-term – and several of these somewhat poorly-constructed studies didn’t take this properly into account, attributing a level of metabolic increase to EPOC that was actually just the result of eating!

So you’re probably wondering how many calories you can expect to actually burn with EPOC, right?

Well, according to a recent study, participants who exercised at a high intensity for 80 minutes only ended up burning an extra 80 calories with EPOC.

This is also tiny as a percentage of the total calories burned during the exercise itself, which would have been about 700-800 calories.

In fact, the truth is that even at high intensities EPOC will only net you an additional 13-14% of calories burned after the fact – and that is only for high intensity exercise.

For low intensity exercise, EPOC typically only represents around 7% of the total calories burned.

Hardly the 100s and 100s of calories that certain internet fitness gurus promised you, right?

What To Make Of All Of This

OK, so one of the biggest takeaways here is that EPOC and the “After Burn Effect” aren’t all that they’re cracked up to be.

In addition, this brings into question the current trend of high intensity exercise being uniformly better.

The reality is that when you exercise at high intensities, you often sacrifice the total number of calories burned during exercise, even if you are burning more calories after exercise via EPOC.

This is because unless you are a highly-trained athlete, you aren’t going to be able to sustain these high intensity periods for nearly as long a duration as you could sustain a more moderate intensity.

For this reason, one might actually burn more calories doing steady state cardio vs HIIT – even factoring in the fairly small impact of EPOC – since with steady state you can go for 45 minutes vs HIIT where you’re pooped after 20.

In this sense, purely from a calorie perspective, duration trumps intensity in many cases – but that is a subject that I’ll explore more thoroughly in another article.

Anyway, to sum it all up in 3 simple points, here is what you should take away about EPOC:

1) EPOC does exist, and those claims that you can burn more calories after exercising are true.

For this reason, we don’t recommend getting too carried away trying to maximize EPOC from your workouts.

As far as calories are concerned, you’ll see a much greater impact focusing primarily on your diet instead.

Do you have any questions about EPOC? Reach out and ask us in the comments below.