The Tradeoffs Of Drinking Your Calories 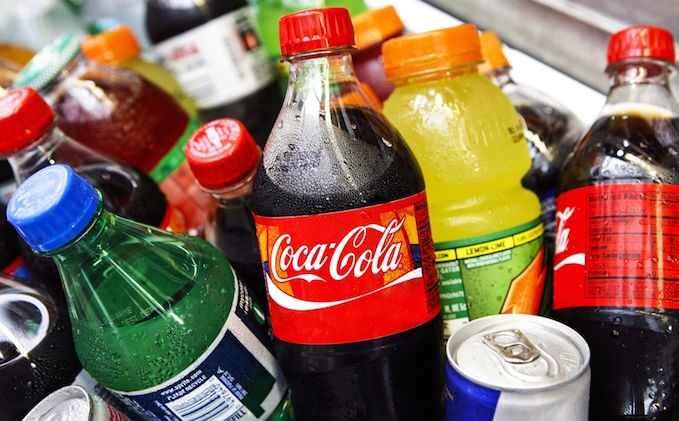 Most people tend to get the vast majority of their calories by eating them.

But what many people don’t consider is all the calories that they are consuming in the things that they drink each day.

And while this probably doesn’t represent the majority of your calories, it can still stack up.

There are various different things that you can drink that will add to your daily caloric total.

These include juice, soda, protein shakes, and even alcohol.

This then begs the obvious question…

Should you be drinking your calories?

Some people would tell you that you should never, ever drink your calories; that all of the energy you take should come from solid foods.

I am not one of those people!

Instead, like many things, this isn’t black and white.

There are certain situations where it may make sense for a segment of your calories to come from stuff you drink, whereas in other situations it might be better to avoid liquid calories entirely.

To help with this, I’m going to go through some of the different tradeoffs of drinking vs eating your calories, so that you can do what makes the most sense for you.

Now I’ve already covered diet soda pretty extensively in this article, but what about the regular, sugary stuff?

You see, soft drinks typically contain about 140 calories in each can – most of which comes from sugar.

People drink soda for a lot of reasons – the taste, the convenience, and even the perceived energy-kick from the sugar itself.

However, for the most part, soda is full of ’empty’ calories, and lacks any real nutritional value.

And if you’re like most people, you typically don’t want a very high percentage of sugar in your diet. It’s not going to help at all with keeping your macros in balance, and may contribute to the onset of diabetes.

The bottom line is that drinking non-diet soda is an easy way to take in a lot of extra calories that provide no nutritional benefit and don’t do anything to fill you up.

Considering that diet soda is a perfectly viable alternative, regular soda should be one of the first things that you cut out of your diet.

Bottom line: You don’t really want to be getting any of your calories from regular soda. Period.

For years, juice was marketed as a healthy alternative to soda.

Unlike sugary soda, it actually has some nutritional value – often containing important vitamins, minerals, and antioxidants.

Plus, we are always told that we should be getting at least 5 servings of fruits/vegetables each day, and drinking juice can make this easier to accomplish.

The downside of juice, however, is that it is easy to over-consume it – especially when you keep telling yourself that it is healthy for you.

Yes, I know that OJ tastes like some sort of natural elixir, but the fact remains that each glass contains 110 calories, virtually all coming from sugar.

In addition, when you drink juice instead of eating real fruit or vegetables, you end up missing out on some of the core nutritional components, such as dietary fiber.

Bottom line: While it is OK to have some juice in your diet, you should generally be opting for fruit instead in most situations.

Lots of guys that work out drink protein shakes.

They are sold all over the place, and many guys believe that they need to be guzzling these things down in order to build muscle.

The reality, however, is that protein shakes aren’t necessary at all; they are just another source of protein, as I go over in this article.

That being said, protein shakes can be an incredibly convenient way to get protein.

The main problem with drinking your protein is that it won’t keep you full for very long.

This means that it can potentially make it harder to keep to your diet, and can contribute to overeating patterns.

Bottom line: Shakes can be a useful tool to help meet your requirements, but they should ideally not make up the bulk of your protein intake.

There is nothing wrong (in my opinion, at least), with having a few drinks from time to time.

Or even enjoying a glass of wine or 2 each day, as long as it fits into your overall diet plan.

But what many guys don’t consider is how many calories are in each of those drinks they have – and how quickly these calories can add up.

A regular can of beer, for example, contains about 150 calories, so having 3 or 4 of these can quickly add up, and become a significant part of your total caloric intake for the day.

Alcohol is also not considered to be a core marconuritent, which means that you don’t need those alcohol calories to survive (unlike carbohydrates, fats, and proteins, which your body needs to function properly).

Bottom line: Alcohol is fine in moderation, but should only make up a very small percentage of your total caloric intake.

While drinking your calories is often less ideal than getting them from solid foods, as I have discussed above, I am not absolutist about this.

The truth is that as long as you are meeting your caloric and macronutrient requirements for the day, it doesn’t really matter if some of those calories come from liquid sources.

Most of us are busy, and sometimes it is easier to drink a fruit smoothie than to eat a banana. Or chugging some V8 rather than eating vegetables.

When you are bulking, and you need to get greater numbers of calories in order to put on muscle mass properly, you can often afford to get more of your calories from liquid sources.

For so-called hard gainers, this can make it much easier to meet your caloric and macro targets, and is definitely more desirable than limiting yourself to solid foods and not hitting them properly.

That is, make sure to get 90% of your total calories form solid foods, while 10% can come from liquid sources.

Do you tend to drink your calories, or do you mainly eat solid food? Let us know your thoughts in the comments below.