A Practical Guide To Taking Creatine 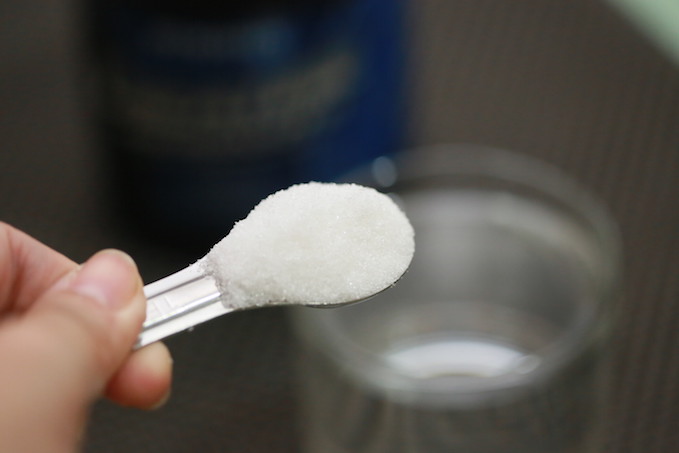 So creatine supplements have been around for quite awhile now.

They are by no means a new thing, and have perhaps lost a lot of the sexiness that they had back in the 1990s when they first flooded the bodybuilding scene.

However, the truth is that creatine is one of the few supplements that is backed by a ton of research – literally 100s of credible studies – most of which have pretty conclusively demonstrated its effectiveness.

What’s more, those early fears that creatine might be damaging to your kidneys are now widely accepted by the research community as being unfounded.

So, unless you have preexisting kidney issues, creatine is perfectly safe to take, and can significantly help you put on strength and muscle.

And compared to many other supplements, it is dirt cheap, which is a nice change from much of the over-priced crap out there on the market.

The purpose of this article, then, is to serve as a practical guide for people that want to start taking creatine. I’ll do my best to cover all the salient points, but if you feel that I’ve missed something just give me shout and I’ll add it in.

What is Creatine Anyway?

OK, so I don’t want to just assume that you know what creatine is.

Sure, if you’ve been lifting weights for awhile you’ve probably heard of it before, but may not know much about what it actually is and how it works.

Quite simply, creatine is found in your skeletal muscles in the form of creatine phosphate, and its main purpose is to help synthesize more ATP, which is what your body uses to help power short bursts of activity (think weightlifting or sprinting here).

So, by having more creatine in your system, you are able to better synthesize ATP, thereby improving your strength in the gym. And as readers of this blog know, more strength ultimately translates into more muscle growth.

In addition, creatine has been shown in some studies to help with muscle recovery, which is obviously a good thing as well for anyone that regularly lifts weights.

However, creatine has been shown to have little effect on activities that aren’t anaerobic.

That is to say, you are unlikely to see any great improvements in your cardio endurance if you take creatine. Its effectiveness is limited to activities lasting between 10 seconds to 2 minutes. Again, absolutely perfect for weight lifting.

What Results Can You Expect from Taking It?

First, the obvious caveat – results from creatine will vary from person to person.

But rumor has it that simply by taking creatine you’ll be able to bench press over 300 pounds almost immediately, and deadlift well over 500 pounds.

And that is just for newbies!

Of course I am completely joking here. If anyone tries to sell you on the idea that creatine is some sort of magical powder, you probably shouldn’t take advice from that particular person…

Let’s be clear here: by taking creatine your are supplementing with something that you get in small quantities when eating meat. This isn’t a steroid here.

That being said, from the 100s of studies that have been conducted on creatine, it has been shown that you can expect anywhere from a 5% to 15% increase in your lifts.

So if you’ve been stuck at a plateau for awhile, or simply want to accelerate the progress that you’re already making, creatine is definitely something that you should consider taking.

How Much Should You Take?

Let’s get to some of the practical considerations when taking creatine, shall we?

Now if you are on the heavier end – think over 200 pounds and still very lean – then you may want to consider taking more. In such situations, you could go as high as 10 grams per day, but anything more than that is simply a waste.

The bottom line here is that most people are fine with just the 5 grams that are recommended on the container. This amounts to 1 teaspoon typically.

To Load Or Not To Load?

Now when you first start taking creatine, the standard practice is to do a ‘loading’ phase.

This is because in order to see the full benefits of creatine, it has to be properly absorbed by your muscles, which can take some time.

For this reason, if you just stick with the standard 5 grams from the beginning, it can take a month before you have achieved full absorption.

To speed up the process, people will often take greater quantities of creatine during the first week or so, before tailoring down to the standard dosage.

Traditionally, it was recommended that you take 20 grams of creatine for the first 5 days, and then scale down to 5 grams per day after that.

This is probably the fastest way to start seeing benefits from the creatine, but also carries a potential downside.

You see, too much creatine can cause some people to experience stomach upsets or diarrhea. Frankly, this is less likely to happen than in the past, since the quality of creatine on the market has significantly improved over the last decade, with the introduction of micronization techniques.

That being said, if you do experience any sort of stomach unpleasantness, I would advise scaling down to 10 grams a day for the first 10 days. This is tolerable for most people, but it will obviously take longer for the effects to kick in this way.

Finally, you could just avoid loading at all – sticking with the standard 5 grams from the beginning. This will be the least likely to upset your stomach, but will also take the longest for you to start seeing benefits.

I would suggest starting with the 20 gram loading period, and then scale down accordingly if you experience any issues.

When Should You Take Your Creatine?

There are all sorts of opinions about when you should take creatine.

Some people think that you should take it pre-workout, others post-workout.

Other people say that timing doesn’t really matter at all.

So what’s the truth here?

Well, while the evidence is admittedly limited here, it does appear that the most effective time to take creatine is after your workouts.

What’s more, studies have shown that absorption is increased if you take creatine along with at least 50 grams of carbohydrates.

Therefore, in practical terms, the best time to take creatine is probably with your post-workout meal.

If this is lunch for you, then take it then. If you work out in the afternoon, then you can just take it with dinner, etc.

Also, I should point out that you want to be taking creatine every single day.

It isn’t one of these supplements that you only take on your lifting days – so once you start, make sure to get your 5 grams of it each and every day for maximum effectiveness.

Finally, it should be noted that there is no evidence that creatine needs to be cycled on and off.

It doesn’t lose effectiveness after you’ve been taking it for awhile, nor do you incur any greater risks.

So once you start taking it, there is generally no great reason to stop.

What Kind Of Creatine Should You Take?

For years, this was very simple.

Creatine monohydrate was really the only type of creatine that was widely available, so you just took that.

Nowadays, however, there are many different types of creatine that you can buy…

Now I’ll spare you from listing out all of the other variations, but suffice to say that the current research hasn’t indicated that any of them are more effective than regular ol’ creatine monohydrate.

In fact, some of them have been demonstrated to be less effective – even though they are often generously added to various neon colored workout supplements.

So, at the end of the day, my recommendation is to just stick with creatine monohydrate – preferably one that has been micronized, since that makes it easier to stir, and often less harsh on your stomach.

Now there are lots of brands that sell perfectly sufficient creatine monohydrate, so you don’t really need anything fancy here.

I would advise against creatine that is packed with other chemicals or calories; you just want the basic stuff.

For that reason, I would strongly recommend Micronized Creatine Powder by Optimum Nutrition.

I love Optimum Nutrition as a brand, because they are one of the few mainstream supplement companies that doesn’t load their stuff with garbage and unnecessary fillers. Their creatine supplement is in line with this, and contains only pure creatine monohydrate.

What’s more, you can pick up a 1.32lb container from Amazon here, which will be enough to last you for many months.

Is There Any Reason That You Shouldn’t Take Creatine?

Now despite all of my effusive praise for creatine, there are certain circumstances where it may not make sense for you to take it.

First of all, as I mentioned before, if you have a pre existing kidney condition you should not be taking creatine.

Secondly, creatine can impact water retention, and it is not uncommon for people to put on several pounds of water weight in their first week of taking it.

So, if you need to maintain a certain weight (you’re a competitive athlete, for example), then you should consider tailoring off creatine up to a month before you need to make weight, so as to allow enough time for the excess water to be flushed from your system.

In my experience, the increased water retention isn’t visible if you are already lean.

If you have a six pack and start taking creatine you will probably still have a six pack, since most of this additional water weight is in your muscles.

On this note, it follows that if you start holding more water you will also need to drink more water.

Creatine often makes people more thirsty than usual, so make sure to drink plenty of water throughout the day (which you should be doing already).