How To Cancel Your Gym Membership Without Going Insane 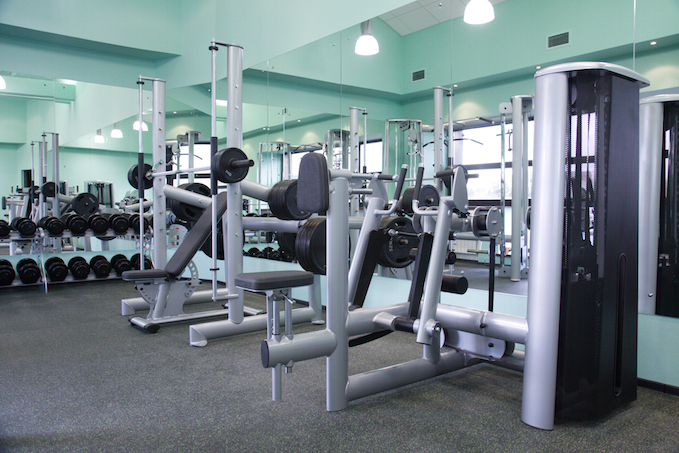 Now it might seem kind of strange that a fitness site has an article on canceling your gym membership.

But hear me out…

Even though there are a great many reasons to join a gym (which I won’t be covering in this article), the reality is that there are also various situations where you may need to cancel your gym membership.

You could be moving, you could have gotten injured, sick, or simply found a gym that you like better.

Or you could have just decided that working out at a gym isn’t for you (and that you’d rather work out at home).

Whatever the reason, you want out – but for many people it isn’t nearly as easy as it should be.

You see, the gym industry thrives on making it incredibly easy to join, but painfully difficult to leave.

Yup, many gyms around the world – and even many of the otherwise good ones – thrive on locking you in and practically throwing away the key, leaving your credit card to be billed monthly until the end of time.

In fact, I’ve been there myself, so if you’re dealing with this right now, I know your pain…

In this article, I’m going to provide specific instructions on how to cancel your membership at many of the biggest gym franchises in the country, while also exploring why these memberships are so tough to cancel in the first place.

What Happens When You Try To Cancel Your Gym Membership

For many people, they don’t even consider that canceling their gym membership is ever going to be a source of stress.

They sign up, often on some alluring special promotion, and don’t think much more of it at the time.

However, often years later when you want to cancel, you’ll find that you have to jump through all sorts of hoops just to get it done.

First of all, if you’re in a contract, then you’re going to find it considerably more difficult to cancel your gym membership.

Often gyms will get you to sign a contract for a 1 to 2 year period of time by coercing you with a preferential rate.

However, if you leave early, then you’ll often have to pay a fee – much like you would if you were to break a contract with your cell phone or cable provider.

(We hate contracts which is why we don’t lock anyone into our online fitness program.)

What’s more, you’ll typically have to provide all sorts of proof for why you’re terminating early.

And while this practice is questionable in itself, it is perhaps even more egregious when gyms make it difficult to cancel a month-to-month membership.

When you’re signing up, they’ll claim that you’re paying monthly, and that you’re not committed to anything.

Sadly, when push comes to shove, it is often far too difficult to get out of these monthly agreements.

For instance, years ago I was living in New Jersey for a 3 month period of time, and thought that I would join Workout World, one of the larger gyms in the area.

The equipment was good, the staff were helpful, and the friendly sales rep assured me that I was just signing up for a month-to-month membership, and could cancel at anytime.

However, several months later, after I had moved back to NYC, I found that it wasn’t quite as easy to cancel as the nice lady had indicated it would be when she took my money.

To give you a better sense of what I had to do, take a look at the cancellation instructions (taken directly from Workout World’s website).

“You may cancel your membership by sending a certified letter to the gym location in which you initially joined stating your intent to cancel. Please include your name, address and phone number to verify your account with our records. You are responsible for the dues in the month in which you cancel plus the following month, during which you may use all services included in your membership.”

So, to be clear, in order to cancel a membership where you’re NOT currently on ANY contract, you still have to send a certified letter to the branch where you signed up.

In addition, you still have to pay not only the current month’s membership fee (which is reasonable), but also the next month’s fee as well.

And bear in mind, again, that this is for members that aren’t on a contract…

If you do have the misfortune of being on a contract, then you can only cancel if you prove that you are moving far away or have a doctor’s note demonstrating that you have a health condition that prevents you from working out.

Sadly, Workout World is not unique in their cancellation policies; in fact, you’ll find similarly onerous cancellation requirements from many gyms around the country.

But Why Do They Make It So Hard To Cancel?

This part should be pretty obvious…

They want your money for as long as possible.

You see, many gyms have a business model that is predicated on lots of people joining but very few people actually using the facilities.

Therefore, they make most of their revenue from people that aren’t using the gym, which allows them to provide for the relatively small number of people who do.

So you have to remember that it is always in a gym’s interest to retain you as a paying member – especially if you’re the type of member that isn’t actually using the gym.

Of course, they typically have all sorts of (ridiculous) justifications for why the cancellation process is unnecessarily cumbersome.

For example, Workout World claims that the reason they force you to pay an additional month’s fee is because they “work with an outside billing agency that requires 30 days for any changes to your membership to be applied.”

As for the certified letter, that is to “prevent any delays from processing your cancellation”, since you’ll “receive a receipt from the post office that the club received your letter, providing you with assurance that it was processed.”

How considerate of them…

Canceling Your Gym Membership Yourself

So now that you know how aggravating canceling your gym membership can be – and that if you’re going through this process right now, you’re certainly not alone – let’s get down to how to actually go about canceling as painlessly as possible.

Basically, the easiest way to cancel your gym membership is to follow the cancellation instructions exactly for your particular gym.

Just as when dealing with any company that is actively trying to make your life more difficult, there isn’t much point in trying to resist the process, since it’ll only slow you down from getting what you want.

What’s more, each gym franchise has a cancellation procedure that is a little bit different – even though most of them have various levels of hoops that you have to jump through, much like Workout World.

So, to make this as simple as possible for you, here are links to the specific cancellation instructions for many of the largest gyms in the United States.

Having A Service Cancel Your Gym Membership For You

Now if you don’t have the time or inclination to cancel your gym membership yourself, then you can opt to pay for a third party company to do the grunt work for you.

One such company is CancelWizard, who provided the cancellation instructions for many of the gyms listed above (since the gyms themselves are often not as forthcoming).

I haven’t had personal experience using CancelWizard, so I can’t vouch for the quality of their service, but their website looks credible and worth exploring if you don’t want to go through the hassle yourself.