Can Gamification Help You Get Fit? 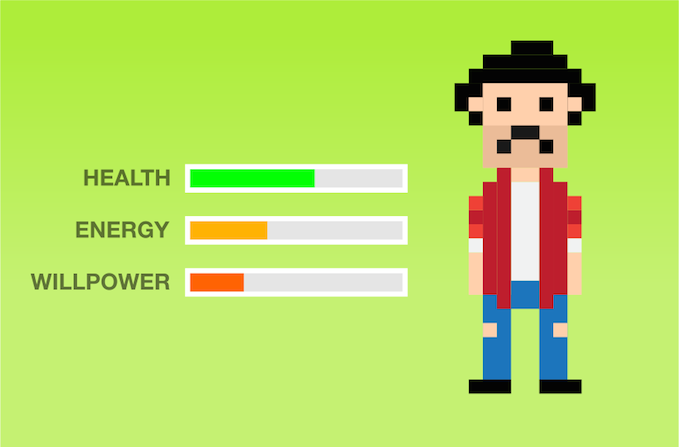 Over the last few years, there has been a recent trend in tech called ‘gamification’.

The basic idea is to use game-like elements in non-traditional contexts to make the experience more enticing, or to encourage problem solving.

An example of this is the popular Foursquare app. People are awarded different virtual badges and designations for interacting with local businesses.

If you frequent a particular hair salon, for instance, and choose to check-in when you arrive, you may earn yourself the title of ‘Major’ if you have the greater number of check-ins compared to other customers.

One area that has been heavily gamified over the last few years is fitness.

For many people, maintaining a fitness program can be tough, and gamification can potentially make it easier to be consistent.

Also, let’s face it, many people just don’t like to exercise – so anything that promises to make the experience more fun is definitely appealing.

However, gamification is only really useful if it is actually effective at helping people reach their goals; that is, losing weight, building muscle, and getting in better shape.

In this article, I will be exploring the different types of fitness-based gamification, and how effective they are at getting people to exercise.

How Exercise Is Being Gamified

When you break it down, there are actually several different types of gamification, as it relates to exercise and fitness.

Here are the 3 main categories that I feel most gamification attempts fit into.

Over the last several years, personal activity trackers have exploded in popularity.

Devices like Fitbit, Jawbone, and Withings help to keep track of how many steps you are taking each day, in addition to other useful data.

For people that follow this approach, there can be a mini-reward associated with hitting your numbers, and watching your targets be electronically tracked each day.

Many of these devices will also help to encourage consistency, by tracking streaks of successful days, so that you won’t want to break the chain.

On the diet side of things, even basic food logging has elements of gamification – especially with increasingly popular apps like Myfitnesspal and Fatsecret.

Another popular way that fitness is being gamified is by leveraging social media.

Many people tend to be more accountable when they know that other people are watching them, and several companies and apps have been designed around this concept to encourage consistency.

One such app is RunKeeper, which will not only track your runs in realtime, but it will also post to your social network of choice (generally Facebook), so that your friends can monitor your progress and cheer you along.

Apps like DietBet and HealthyWage take a slightly different approach – allowing other people to place bets on people meeting their fitness goals, and rewarding them with real money.

Finally, apps like Gympact attempt to gamify the fitness experience in a somewhat more controversial way. You basically make a digital promise, or pact, with other Gympact users. If you stick to your stated goals (eating the intended diet, making it to the gym) you are rewarded with cash from other users who failed to meet their own goals.

Fitness as a game

Yes, there are apps that will actually make fitness into a game that you would play like any other video game – aside from the fact that it actually requires physical exercise to play!

Early examples of this were the popular Dance Dance Revolution games. Gamers would dance (or jump around in a manner that kind of approximated dancing), burning calories as a side-effect of playing.

Recently, the Zombies, Run! series of games takes this concept to a whole new level, and brings it outside of the living room.

The smartphone app uses the GPS function to put the player in a simulated zombie apocalypse scenario, broken down into missions where you have to run away from zombies that are chasing you.

Now that we’ve gone through some of the various attempts at fitness-based gamification, we have to answer the most important question…

Is it actually effective at helping people get fit?

At a certain level, I believe that it is.

You see, for many people, one of the biggest limiting factors of getting in shape is simply adopting the right habits.

And since it can take several months to properly form new habits, consistency at the beginning is absolutely paramount to one’s success.

This move towards gamification – be it reward-based activity tracking or social encouragement (or shame) – can make people much more likely to stick with a program beyond the initial stages.

However, gamification, at least in its current form, has some pretty major limitations.

That is, it can be helpful in motivating you to get off your ass and exercise, but lacks the more nuanced guidance required to properly build a lean, muscular body.

For activities like weight lifting, for instance, there haven’t been any gamification attempts (or even regular apps) that even come close to approximating the usefulness of a good personal trainer or coach.

And in terms of nutrition, while gamification may indeed help people stick to certain calorie or nutrient goals, it often lacks the personalization required to conceive of the right goals in the first place.

So, to sum it up, if your fitness goals are fairly simple (moving more, eating less), then a gamified approach might be exactly what you need.

However, if your goals are more complex (you want to build muscle efficiently or get to low levels of body fat), then gamification probably won’t be nearly as helpful for you.