The Real Truth About Bulletproof Coffee 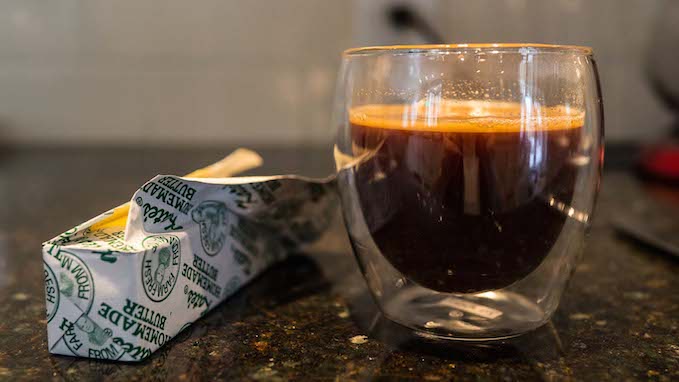 There are a lot of fads out there, but this is a particularly strange one…

Bulletproof Coffee has become incredibly popular over the last few years. In fact, it has become so widely known that even people outside of the world of fitness are trying it.

Basically, Bulletproof Coffee is a special coffee drink that you would make each morning instead of your typical breakfast.

Supporters claim that it offers many benefits over your traditional cup of coffee – such as improved mental clarity, reduced food cravings, and increased energy levels.

In addition, it has been successfully used by some people as a weight loss aid. That’s right, there are those that claim that simply switching out their breakfast for Bulletproof Coffee caused them to effortlessly lose weight.

At the same time, there are many detractors, who brush Bulletproof Coffee off as nothing more than yet another diet scam.

This article will attempt to give you an unbiased look at Bulletproof Coffee, and whether you should be drinking it. 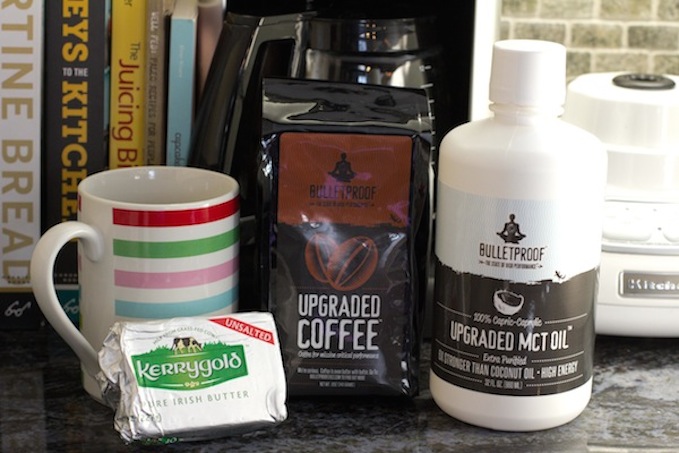 First of all, you may well be wondering what exactly Bulletproof Coffee is.

Well, it is actually a recipe popularized by Dave Asprey as part of his Bulletproof Executive brand.

For those who aren’t familiar with Asprey, he is an ardent ‘biohacker’ – which is a modern term for someone who attempts to find little tricks or ‘hacks’ to improve one’s level of functioning.

According to legend, Asprey discovered the potent formula that would later make up Bulletproof Coffee when mountain climbing in Tibet. After a treacherous climb, Asprey was astounded by how much a simple cup of yak butter tea was able to rejuvenate and energize him.

This sparked off years of research, which ultimately led to the specific formulation that many Bulletproof Coffee drinkers use today.

So, as it turns out, Bulletproof Coffee is actually very simple to make.

You just put these ingredients into a blender, and whip it all together. It will come out with the consistency of a frothy latte.

Here is the official video of Asprey demonstrating how to make it:

OK, from the video, this stuff sounds pretty great, right?

It also seems like the precise blend of these 3 major ingredients is very important, with each one offering specific benefits to the drinker.

So, to get to the bottom of things, we’re going to go through each of these 3 ingredients to figure out if the claims hold up. 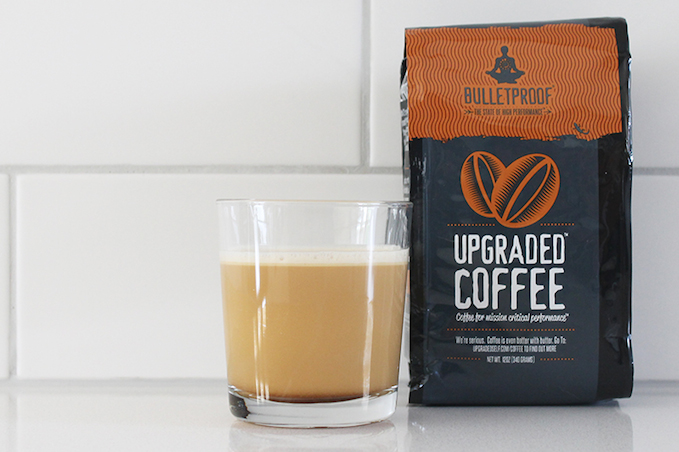 Unlike regular coffee, Upgraded Coffee claims to be completely free of mycotoxins.

Mycotoxins are a type of fungi that Asprey claims are found in most regular brands of coffee.

And it turns out that they are really bad for you – making you feel terrible, sapping your energy, etc.

By drinking his special Upgraded Coffee, Asprey promises that you won’t be getting any of these nasty mycotoxins, due to the secret method he has of removing them from the coffee beans.

This means that you’ll function better, have more energy, and think more clearly than if you stuck to regular coffee brands.

It does initially appear that there is at least some truth to mycotoxins being found in regular coffee.

In fact, there is a study back from 1980 indicating that the coffee tested contained degrees of mycotoxins.

However, in the last 30+ years, it appears that coffee processing has improved so that mycotoxins in coffee is largely a non-issue.

Asprey claims that he has conducted tests on various brands of coffee, finding detectable levels of mycotoxins, but hasn’t substantiated any of these claims publicly.

In contract, Onnit Labs, who are incidentally a reseller of Bulletproof Coffee, conducted their own 2013 study on mycotoxins in coffee, randomly selecting several different brands, including Starbucks.

The results were pretty clear: none of these randomly selected brands contained any mycotoxins whatsoever (for more on this, you can watch this video of Joe Rogan going over the study in detail).

While it seems largely uncontested that mycotoxins are bad for you, there seems to be little evidence that they are found in reputable brands of coffee nowadays.

As a result, Upgraded Coffee seems to offer little benefit over regular coffee in this respect.

That being said, Upgraded Coffee is known to be a good coffee; it’s just not the only decontaminated brand around. 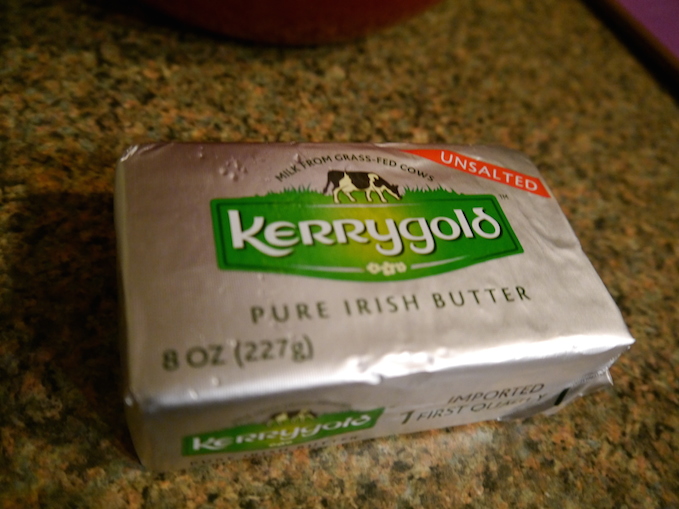 Next up, let’s take a look at the second key ingredient in Bulletproof Coffee.

On first hearing about it, putting butter in your coffee sounds pretty ridiculous, right?

Butter is traditionally known to be full of empty calories, high in saturated fat, and really not something that you need to dump into an otherwise low-calorie beverage!

However, supporters of Bulletproof Coffee argue that having a healthy amount of butter in your diet is actually good for you – claiming that it will increase your energy, decrease the risk of brain diseases, and reduce inflammation.

In addition, grass-fed butter specifically has been demonstrated to reduce body fat mass in overweight people.

Sounds pretty good to me in theory, but is all of this actually true?

First of all, one of the main reasons that people had long been told to avoid saturated fat was because of heart disease.

In this respect, the saturated fat revisionists seem to have it right. No less than 3 reputable studies in recent years have seriously called into question the correlation between saturated fats and heart disease (you can see them here, here, and here).

However, these studies were done using much lower levels of saturated fat intake – not the quantity that you’d get if you drink one or more servings of Bulletproof Coffee each day (you’ll take in about 52 grams of saturated fat per cup).

In fact, there have been various reports of people experiencing a significant increase in blood cholesterol from regularly drinking Bulletproof Coffee.

Secondly, there is the issue of greater energy and mental alertness.

While there is less evidence here, it seems that these benefits stem from a reduced insulin response from taking in fats for breakfast instead of carbohydrates.

For many people, this can make them feel sharper, more focused, and have more energy, since their blood sugar won’t have spiked like after a breakfast full of carbohydrates.

However, you can get these same benefits from a reduced carbohydrate diet, skipping breakfast entirely, or by adopting Intermittent Fasting.

While fasting or limiting carbohydrate consumption for breakfast can be a good idea, consuming the amount of butter in Bulletproof Coffee probably isn’t wise.

Yes, drinking it instead of a heavy breakfast may make you feel better, sharper and more focused before lunch. Those are undeniably good points.

However, the risks associated with that level of saturated fat consumption, especially at the expense of more substantive calorie choices, simply isn’t worth it. 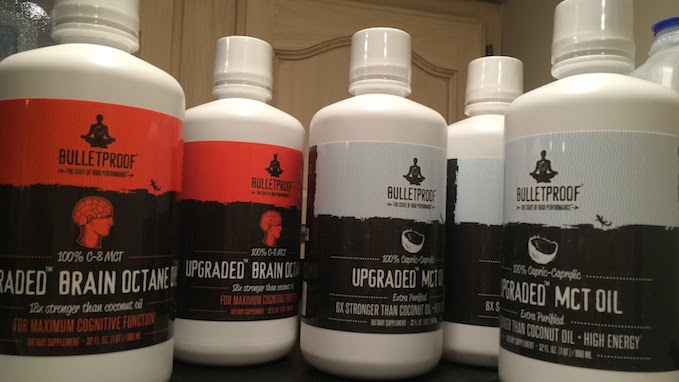 Finally, we come to the last ingredient that gives Bulletproof Coffee its potency.

MCT stands for Medium Chain Triglycerides – a special type of fat that goes straight to the liver without undergoing digestion.

And just as with grass-fed butter, supporters claim that MCT has all sorts of health benefits – such as increased satiety, increased metabolism, and improved body composition.

The evidence here is something of a mixed bag…

A 2012 review of multiple studies found that only 1 out of 7 studies demonstrated MCTs as making people feel more satisfied/full compared with other fats.

However, the same review showed that 6 out of 8 studies found a positive impact on body composition from MCT consumption.

It should be noted, though, that the studies themselves were often flawed, including participants with a multitude of poor dietary practices, including lack of adequate protein consumption.

Finally, from these studies it does seem that MCTs can potentially boost metabolism, although the impact, if any, would be minimal.

MCTs definitely don’t seem dangerous for you, in moderation, but it is also unclear how much benefit you are going to get from consuming them.

And some of the hype you hear about MCTs magically melting away body fat is completely off base.

Should You Drink Bulletproof Coffee? 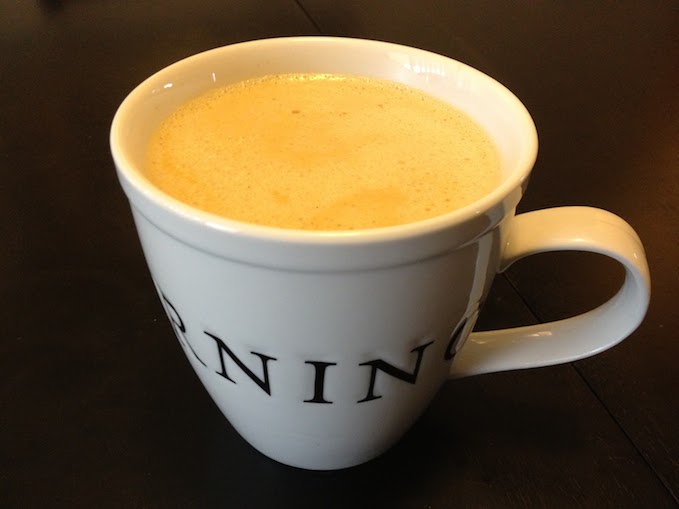 While Bulletproof coffee is undeniably way overhyped, it would be unfair to call it an outright scam.

However, I would argue that the real benefit of drinking this stuff is that you would be doing it instead of eating a normal breakfast.

For many people, this would mean taking in fewer calories, since the 400-500 calories in a cup of Bulletproof Coffee is less than the average person’s breakfast.

Moreover, the fact that it is less likely to spike your insulin levels than a normal breakfast, may lead you to having more energy and better mental focus.

However, Bulletproof Coffee is not a magic bullet (pun intended).

If you want to lose weight, you have to be eating at a caloric deficit; there is nothing magical about this frothy, buttery blend that will cause the fat to melt away.

Further, there doesn’t seem to be anything special about the Upgraded Coffee that Asprey sells. You can likely get all of the potential benefits from Bulletproof Coffee by just using any high-quality coffee, and not the one that he hawks on his website.

In the end, though, I would urge that if you’re really curious you should try it for yourself. Some people swear by it, after all.

Just make sure to pay close attention to your blood work, and keep the rest of your diet lower fat to compensate for the grass-fed butter and MCTs.