The Ultimate Barbell Vs Dumbbell Showdown 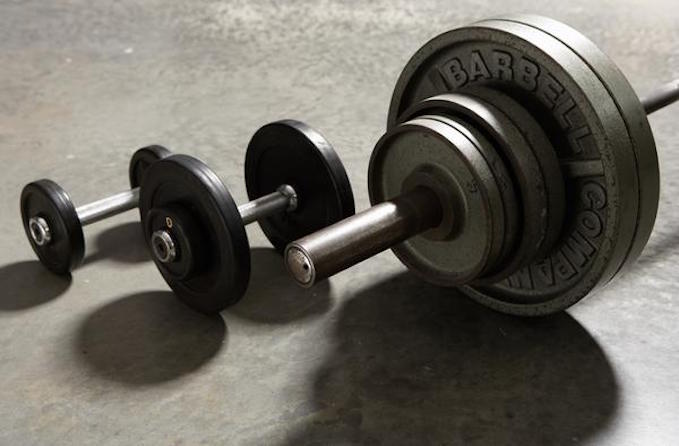 Training with free weights is arguably the most effective way to build both strength and muscle.

It’s nothing new, but it works, and millions of people have seen incredible results from following workout routines consisting primarily of free weights.

Now to be clear, when people say ‘free weights’, they’re generally referring to both barbell and dumbbell exercises.

You’ll find both barbells and dumbbells in most gyms – yup, they have been around since before any of us were born, and aren’t going anywhere.

And before I get into things, let me first say that both barbells and dumbbells can be incredibly effective tools to develop your body.

That being said, I often get asked by clients which one of these is better.

Does it make more sense to focus on barbell vs dumbbell exercises?

As you might expect, there is no simple answer to this question…

Both barbells and dumbbells have specific advantages and disadvantages. Niether one is simply better than the other.

In this article, I’m going to clarify some of the specific differences between the barbell and the dumbbell, and discuss why you ideally want to be incorporating both of them into your workout routine. 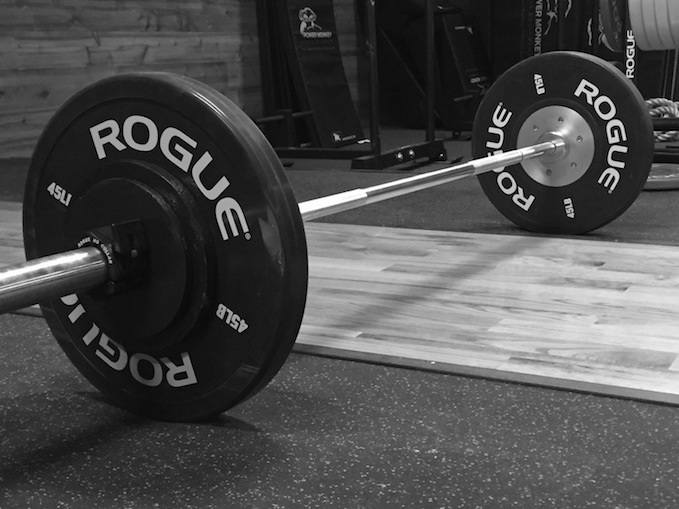 There is no doubt that you can lift more weight using barbells compared to dumbbells.

On average, most people are able to lift roughly 20% more with a barbell, compared to the combined weight of 2 dumbbells, on the same basic exercise.

This is because you are using fewer stabilizer muscles on barbell exercises, which allows you to lift more weight.

As I’ve written about many times before, progressive overload is a major component of getting bigger and stronger.

And in order to do this, you need to be able to incrementally lift more and more weight.

While you can do this with both barbells and dumbbells, it is often easier to do with barbells – especially at heavier weights.

This is because the smallest amount that you can increase with dumbbells is often 5 pounds for each dumbbell – meaning that the smallest progression you can do is 10 total pounds.

In contrast, with barbells you can increase by just 5 pounds (a 2.5 lb plate on each side), which can make it easier to steadily progress and build more muscle and strength over time.

Advantage #3: Barbells Can Be Safer When Lifting Heavy Weights

When you’re lifting heavy weights, you can’t afford to make mistakes, or you’ll open yourself up to injury.

This means having perfect form, and lifting in a very controlled way for each rep.

With exercises like the bench press and the military press, it is arguably easier to maintain perfect control with a barbell compared to a dumbbell.

You are better able to lock yourself into position, grounding your entire body before you begin the lift.

When doing the dumbbell variations of these exercises, however, you have to hoist the dumbbells into the starting position, which increases the likelihood of something going wrong with the setup and hurting yourself as a result.

Advantage #4: Barbells Can Be More Practical With Certain Exercises

While many exercises can be done with both barbells and dumbbells, there are certain exercises where the dumbbell version greatly limits the amount of weight you can lift.

Take the squat, for instance.

While you can certainly do dumbbell squats, there is a limit to the amount of weight that can feasibly be used.

In contrast, barbell squats allow for much greater amount of weight to be used, and can therefore be more effective at building muscle.

Moreover, most gyms don’t have dumbbells that go too much over 100 pounds (if that).

This automatically limits the amount of weight that you can progress with on certain dumbbell exercises – such as deadlifts, bench press, RDLS, and shrugs – compared to their barbell counterparts. 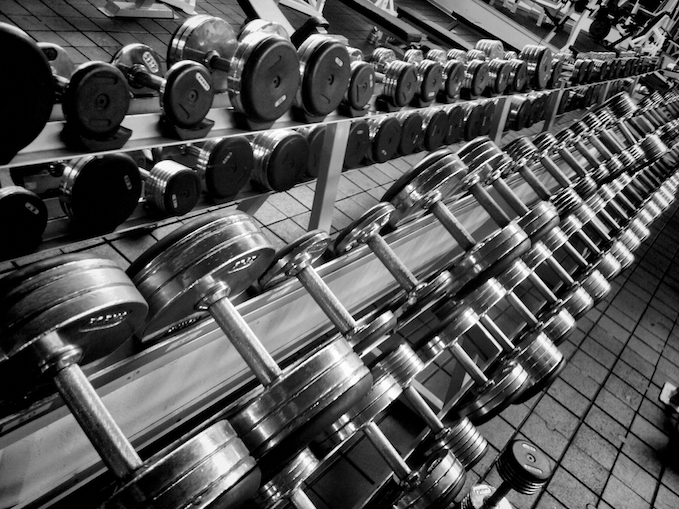 Remember how I was saying that barbells allow you to lift more weight, since they don’t require as much help from your stabilizer muscles?

Well, this is a double edged sword, since even though you this may mean that you can lift more total weight with a barbell, you also may not be hitting your muscles as comprehensively as with dumbbells.

In addition, for certain exercises (like the bench press), it has been shown that there is greater chest muscle activation with dumbbells presses compared to barbell presses.

Advantage #2: Dumbbells Can Be Safer When You’re New

While there is the argument that barbells are safter on certain exercises with heavier weights, it can also be said that dumbbells are a safer way to learn some of the basic movements when you’re newer to weight lifting.

Same thing for shoulder presses – easier with dumbbells when you’re first starting out.

Maintaining a full range of motion is important when weight training.

Dumbbells potentially have the advantage in this respect, since for certain exercises – like the bench press and shoulder press – they allow for a greater range of motion than their barbell counterparts.

With barbell exercises, there is always the chance that one side of your body is doing more of the work.

This can lead to muscle imbalances, with one side of your body gradually outpacing the other in terms of strength and size.

With dumbbells, this is pretty much impossible, since each side of your body is working independently.

This means that you don’t have to worry about uneven muscle development, or strange asymmetries in the size of your biceps or pecs.

Barbells Vs Dumbbells: The Verdict 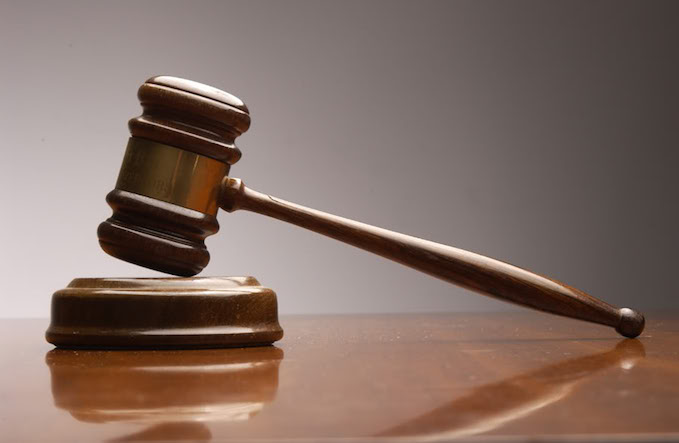 So now that we’ve been through the advantages of both barbells and dumbbells, you’re probably wondering which is better overall, right?

Well, as I mentioned above (and as you’ve probably gathered by now) neither one of them is categorically better.

They are both different, and each has its own pros and cons…

What’s more, certain exercises aren’t easily interchangeable, and can only be done with either a barbell or dumbbells.

Try doing any type of olympic lift with dumbbells – like snatches or the clean and jerk. Not the best idea.

So, to sum it up, the most effective strength and muscle building programs will often incorporate both barbell and dumbbell work.

As a general rule, barbells can be seen to be more strength focused, whereas dumbbells are more hypertrophy focused (although this is admittedly a simplification).

For this reason, I’d suggest starting your workouts with heavier barbell movements (often in lower rep range), before moving on to dumbbell exercises in potentially higher rep ranges.

That way, you’ll be getting the best of both worlds, without the downsides of training with only barbells or dumbbells exclusively.