Avoid This Common Mistake When Trying to Build Muscle 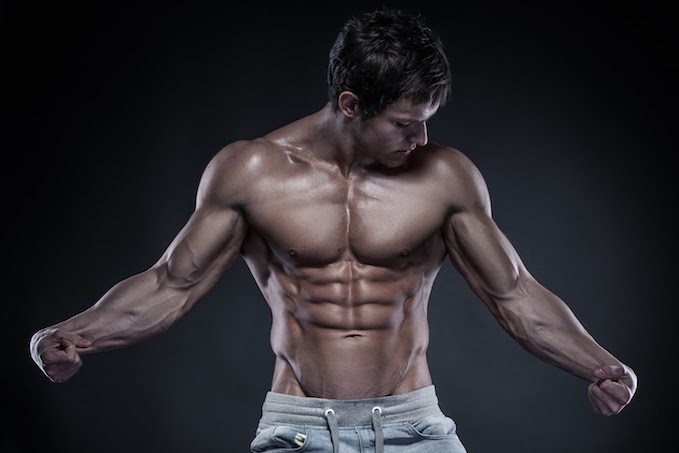 In fact, this particular mistake can actually turn into a pretty big problem for many people that are trying to put on strength and muscle.

Left unchecked, it is a problem that can leave many otherwise dedicated gym-goers lifting the same amount of weight week after week.

Of course, lifting the same amount of weight each time you go to the gym, for the same number of reps, isn’t going to get you anywhere…

A core tenant of building strength and muscle effectively is progressive overload; that is, lifting a little bit more weight, or doing a bit more volume, than you’ve done before.

We’ve gone over this extensively before in other articles, so I hope that is pretty well-ingrained by now.

Still, even being fully aware of the need to steadily progress, many people will have a lot of trouble actually doing this.

Thankfully, it is something that can easily be fixed with the right adjustment to your workout mentality.

Let me walk you through it.

In order to help you better picture the issue here, I’ll share a recent interaction with one of my newer online personal training clients named Allen.

As a lifelong ectomorph, Allen really wanted to pack on those seemingly elusive pounds of muscle.

He had already been working out for quite a number of years by himself, but hadn’t made much progress in that time.

After we started working together, I could quickly tell that he was very focused and methodical.

Initially, he started out making great progress – increasing his weights consistently from workout to workout.

But then, suddenly, it all stopped.

Each week I would look at his logs, and the weights would be exactly the same as the weight before – for pretty much every single exercise.

Now, as I mentioned before, this type of pattern can be the result of a great many factors, so I started going over all of his logs to figure out what was wrong.

Diet is often the culprit here, but his diet was great. He was eating the right number of calories, getting a suitable amount of protein, and allowing himself enough carbohydrates to fuel his workouts.

He was also being very consistent with his workouts, so it wasn’t simply a matter of not training hard enough.

In the end, it came down to something much simpler…

You see, after speaking about it a bit more with Allen, it turned out that the real problem here was that he didn’t belive that he could increase the weights he was lifting.

For this reason, he didn’t even attempt to increase his weights each week.

I had him working out in the 6-8 rep range for most of his exercises, and from his training logs he was hitting 8 reps for each set on all of his major exercises.

To me, this is a crystal clear indicator that he was ready to increase his weights, but Allen didn’t see it like that.

From his perspective, Allen didn’t feel comfortable increasing his weights, since he didn’t feel like he would be able to do a full 8 reps with the heavier weight.

The biggest issue here, then, was simply one of perception.

Since Allen didn’t think that he had the strength to make the jump from 8 reps with a certain weight, to 8 reps with a slightly heavier weight, he wouldn’t even try.

The problem, though, is that you are pretty much never ready to make that kind of jump: very few people will be able to increase the amount of weight AND hit their same number of max reps.

This is a common problem with fixed rep targets as opposed to training in a rep range.

Now, in Allen’s case, the program he was following was based around a rep range, but he didn’t internalize that concept in the right way.

Instead, in his mind, the goal was to always hit the highest number in that rep range.

He never wanted to see a 6 in his logs, even if it was with a heavier amount of weight.

And since he didn’t feel that he could make those weight jumps and still hit 8 reps, he was effectively stuck doing the same amount of weight for the same number of reps each week.

Once we went through this together, where I more clearly explained that the goal was in fact to hit the lowest number of the rep range when you increased weight, not the highest number, everything started to fall into place for Allen.

As a result, he was able to break through his frustrating plateau and start consistently increasing his weights again.

In the end, this is a pretty simple concept – yet it is one that tends to trip a lot of people up in the gym.

Making steady weight progressions is essential if you are going to build muscle properly – and when you make these jumps in weight, you have to accept that you’ll see a corresponding decrease in the number of reps you can do.

This is just how it goes, and should be seen as a mark of progress, not one of failure.

So, the next time that you are coasting along at the top of your rep range for ANY exercise, know that you aren’t doing yourself any favors by staying in that comfortable zone.