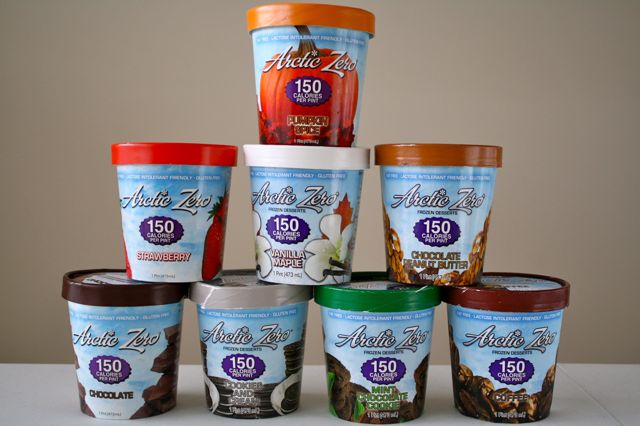 Its cold, creamy deliciousness brings back memories of carefree days spent playing outside as a kid in the summertime…

But for all of its obvious joys, ice cream has one major flaw – especially for people that want to get (or stay) in good shape:

It has a ton of calories and a fairly questionable nutritional profile.

Let’s take a look at one of my (recent) favorites: Ben and Jerry’s Peanut Butter Fudge Core.

While completely and utterly awesome (who would have thought that adding a core of fudge down the center would do that), this thing packs a major calorie punch.

Yes, sadly, one serving of this amazingness – one meager 1/4 pint serving – has 300 calories.

And the vast majority of those calories are from fat and carbs.

Needless to say, if you chow down on these things regularly, it’ll get increasingly tough to fit into your pants – let alone lose weight.

And god help you if you’re like me and want to eat the entire pint at once.

But enough about Ben and Jerry’s – everyone already knows they are the shit – but what you may not know is that on the other end of the spectrum there exists a very viable, healthy alternative.

Arctic Zero’s frozen desserts hit the scene sometime in 2009, and have gained significant traction since then.

Basically, it is the closest thing you’ll find to eating ice cream with almost none of the guilt.

Yes, you read that right, almost none of the guilt.

These frozen treats (notice they don’t claim to be ice cream) mimic much of what you love about the real thing.

They are cold, creamy, and come in a wide variety of delicious flavors.

But that’s not what makes them special…

The really incredible part about these frozen treats is that there are only 150 calories in an entire pint!

To put it in perspective, they have roughly 36 calories in each 1/4 pint serving.

That is almost 1/10 of the calories in the same quantity of the above-mentioned Ben and Jerry’s.

To give you a sense of the specific caloric breakdown, take a look at the nutrition label for the most comparable flavor – Chocolate Peanut Butter. 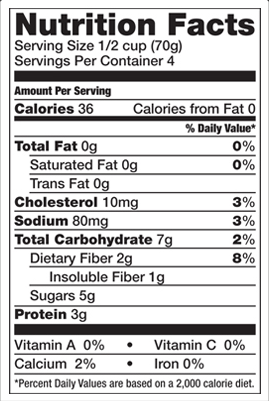 As you can see, this thing has zero fat, tons of fiber, a good amount of protein, and very few carbs.

In that respect, it clearly beats pretty much any ice cream-esque product the on market in terms of nutrition.

OK, I hear you thinking, “that’s all great – but it is probably packed with all sorts of questionable stuff.”

Like those sugar alcohols that turn many people into human methane factories.

You would rather eat ‘real foods’ that don’t have the harsh chemicals, right?

Well, the innovative and dedicated team at Arctic Zero have got you covered there too.

These things are all natural, gluten-free, suitable for lactose intolerants, and are low glycemic.

Wow, that is pretty much suitable for everybody – whether you’re watching your calories, diabetic, or even if you’re lactose intolerant.

So what the hell is in it then?

The secret to Arctic Zero is a fruit that most people have never even heard of.

You see, Arctic Zero sweetens their frozen treats with a concentrate made from monk fruit, in addition to small quantities of organic cane sugar.

According to their website, monk fruit is “one of the sweetest melons in the world”, with its concentrate being “150 times sweeter than sugar and one gram replaces 40 teaspoons of sugar.”

Ok, so what else is in it – there has gotta be something that’s bad for me.

Well, to help assuage your fears, let’s go through the other ingredients, one by one:

Oh, so that’s how it has so much protein

Nothing wrong with a little sea salt

Let’s get back to that one

We’ll look into that one too

Yup, that one as well

OK, so if we’re being really skeptical here, there are 4 potentially questionable things that we need to look into.

Well, first off, dutch processed cocoa powder with Alkali is just a way of processing cocoa powder so that it is less bitter. The process is natural, without other additives.

Next up is guar gum. Turns out that it has been studied extensively, and doesn’t have any negative side effects, aside from a little extra gas for some people. It is also thought to help reduce blood glucose and cholesterol.

What about xanthan gum? Well, that one seems fine too – and should only be avoided if you have specific gastrointestinal issues.

Finally, let’s look at chicory root. This one has a long history of being used to help with liver issues. It contains Inulin, which is a type of organic fiber (and presumably where the healthy dose of fiber in Arctic Zero comes from). It is also thought to have anti-oxidant properties.

Fine, fine, fine – I guess there really isn’t anything questionable in Arctic Zero.

But does it pass the final test?

I have saved perhaps the most important part for last.

After all, Arctic Zero could have zero calories, and have the best nutritional profile in the world, but if it tastes like cold, wet chalk you’ll probably pass.

Thankfully, it tastes nothing like cold, wet chalk; it actually tastes really good.

So far, I have tried the Cookies and Cream, Chocolate and Maple Vanilla flavors.

The Cookies and Cream was the weakest of the bunch – which I kinda expected since it is a difficult flavor to really nail – but was by no means bad.

The Chocolate and Maple Vanilla, however, were very enjoyable.

Both were full flavored, had a creamy texture, and were more than easy to eat.

In fact, they were both so good that I guarantee you’ll be surprised that it’s not actually real ice-cream you’re eating (although admittedly not on a Ben and Jerry’s level of decadence).

Is there anything bad that you’re leaving out?

Well, it would be remiss if I didn’t point out the one negative thing that keeps coming up about Arctic Zero.

What I am referring to is the Today Show investigative report about Arctic Zero and other low cal desserts that came out in 2012.

Wow, if that were true, it would mean that you’d be getting a whopping 61 calories in each serving, instead of a comparatively minuscule 36 calories!

Definitely a “gut buster” if I’ve ever seen one…

Move over Ben and Jerry’s, we’ve got a new pint of obesity in town.

Obvious sarcasm aside, it turns out that it isn’t even true at all.

Arctic Zero was understandably upset about the report, and had their products retested by the same laboratory named in the Today Show report, publishing the results publicly.

Turns out that the calories were well within the FDA stipulated 20% allowance. In their case, each sample came within just a few calories of the 36 calorie label guidelines.

So was the Today Show’s article just outright slander, with absolutely no merit whatsoever?

Very likely – but what is more important is how Arctic Zero responded to the accusations, and publicly demonstrated that their frozen treats were beyond such reproach.

If you’ve haven’t figured it out yet, I love Arctic Zero.

I wish that something like this existed back in 2005 when I was trying to lose weight and wanted a dessert-like fix to kill those cravings.

The bottom line is that Arctic Zero is about the closet thing you’re gonna get, calorie-wise, to having your cake and eating it too (at least in terms of ice cream).

But I urge you to go out, buy a pint – eat the entire thing at once for only 150 calories – and then come to your own conclusions.