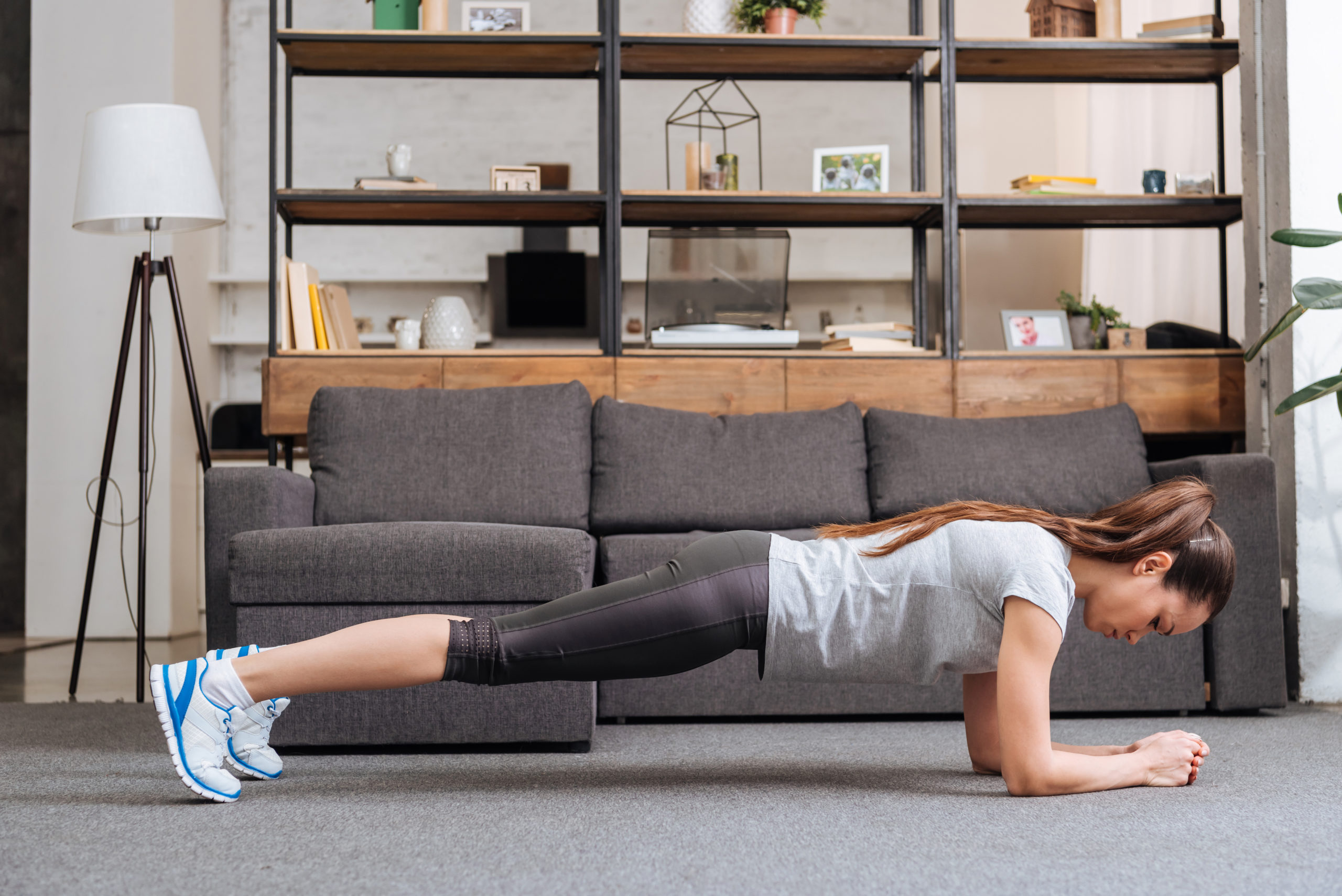 Do you want to build a lean, defined set of abs?

You know, the kind that every fitness magazine since the dawn of time has been promising you?

If you’re like most people who work out, the answer is probably a resounding yes.

In fact, I would say that developing impressive abs – or at the very least a toned midsection – is one of the primary goals for many of the clients that I work with.

However, despite the focus and attention that they often get, many people are making all sorts of ab training mistakes that get in the way of achieving that goal.

And if this sounds like you, it isn’t your fault; the blame lies with the mainstream fitness industry and their tendency to oversimplify the truth.

For years, fitness magazines and infomercials have falsely sold us on the idea that a ripped six pack can be had through a combination of endless crunches or by including (or excluding) specific foods in our diet.

And while that isn’t an outright lie, it isn’t even close to what required to actually build the chiseled core that most of us really want.

So, to help cut through much of the bullshit, in this article I’m going to walk you through the most common ab training mistakes that people tend to make, and how you can avoid making them.

Let’s get right to it.

Have you ever heard the saying “abs are made in the kitchen, not in the gym”?

This is an old fitness adage, and it still rings true to this day.

However, this doesn’t mean that you have to be eating some type of magical food to get abs (they don’t exist).

Or that you have to forgo a specific type of food that you enjoy in your quest for that perfect six pack.

Instead, what this saying accurately reveals is that diet greatly impacts – if not dictates – the chance of you developing an impressive core, since you’ll never be able to see your abs if you have a big layer of fat covering them up!

That is to say, if you ever really want your abs to come through, you’ll need to lose enough body fat for them to actually be visible.

And since we know that it is impossible to spot reduce body fat, doing endless sets of crunches isn’t going to suddenly burn it all away.

When it comes down to it, the only way you’re going to lose that fat from your stomach (and elsewhere) is if you put your body in any energy deficit – and if you’re like most people, the most effective way to do this is by addressing your diet.

There are many different dieting strategies that can work, so I’d suggest checking out our guide here to find the best approach for you.

Now there are some people in the world of fitness who claim that all you need to develop strong, impressive abs are heavy compound exercises – like deadlifts and squats.

And while I am a big fan of both of these exercises, they typically won’t produce sufficient rectus abdominis activation to develop the ripped six pack that you’re after.

Will they strengthen your core? Absolutely.

However, if you want to develop a visually impressive core – and properly target your rectus abdominis – you’ll need to add some isolation exercises into the mix, like some of the ones that we go through in this article.

Therefore, you want to maintain a solid foundation of core strengthening compound movements – like squats and deadlifts – in addition to the isolation work you do strictly for your abs.

This is a common mistake that I see just about every time I set foot in the gym.

For some reason, most people don’t apply the same training principles to their abs as they do to other muscle groups.

It isn’t a strange sight to see people bench pressing or bicep curling heavy weights, but when it comes to abs many seem to focus on burning through 100s of repetitions with very light weight – or often no weight at all.

Well, let me tell you emphatically that this is NOT the best way to train your abs.

You see, when you do rep after rep with low levels of resistance, you are going to increase the endurance of your abdominal muscles, but this is not going to make them any bigger.

Just as with other muscles, if you want pronounced abs, they need to be trained with sufficient resistance so that they can grow bigger and stronger.

The concept of ‘progressive overload’, which I discuss in detail in this article, is just as important for your abs as it is for your other muscle groups – so make sure that your primary ab exercises allow for sufficient resistance to be used.

Good exercises to focus on here are weighted decline crunches, kneeling cable crunches, machine ab crunches – and even inverted sit-ups using gravity boots, if you’re up for the challenge.

Ab Training Mistake #5: Not Training At The Right Frequency

In my experience, people gravitate towards wanting to train their abs too much – often wanting to do them after each of their workouts.

Just like any other muscle, your abs need need time to properly recover after each training session – especially if you’re training them properly and using a sufficient amount of weight (as I mentioned above).

For this reason, you want to train your abs no more than 2-3 times per week, at most.

And, really, many people can train them just once per week and get great results, as long as they are working them out properly each time, and not making many of the mistakes listed in this article!

When most people think of abs, what they picture in their minds is the ‘six pack’ muscle.

This muscle group is actually known as the ‘rectus abdominis’, and is what you’re targeting when you do conventional ab exercises, like crunches or sit-ups.

However, while this is an important muscle group, it is not the only one you should be targeting with your ab training.

Instead, you also want to be working other muscles, like your obliques and transverse abdominus, if you’re going for balanced, comprehensive ab development.

To learn more about all of the muscles that make up your abs, and their different roles, check out my article here which walks you through it.

To finish off our list, I wanted to cover another common mistake that I frequently see clients making.

That is, going through the motions with their ab training, but not actually targeting the appropriate ab muscles effectively.

This is very easy to do with crunching motions, where you can use upper body momentum or your hip flexors instead of the muscles that you are actually trying to target.

The fix for this is a simple one: slow the reps down, drop the weight you’re using, and really focus on feeling each contraction in the right muscles.