9 Fitness Supplements That You Should Avoid Taking 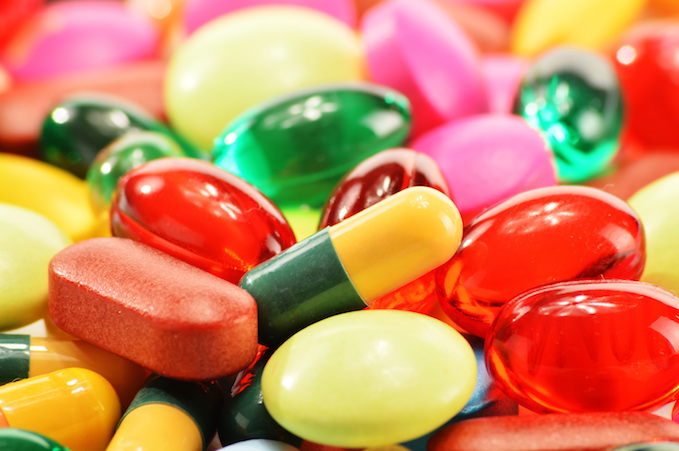 On this blog, we’ve covered a whole bunch of supplements that can be useful.

These supplements can help you build muscle and lose fat faster than you could with diet and exercise alone.

However, on the other side of the coin, there are TONS of supplements that just aren’t worth your money.

As I’ve discussed, fitness scams are all over the place these days, so for this article I wanted to cover 9 popular supplements that you should stay the hell away from!

Let’s get right into it.

For years, this was one of the most popular fat loss supplements in the world.

There were ads for it everywhere you looked online, promising to help you lose weight with ‘1 simple trick’…

Unfortunately, the trick was being played on customers who forked over money for this useless berry extract.

There has been absolutely zero evidence that acai berries help with weight loss in any shape or form, so make sure to give this one a miss.

This is something that you’ll find in most mainstream fat burning supplements these days.

The reason for this is because an animal study concluded that raspberry ketones helped to induce weight loss by increasing both fat oxidation and lipolysis.

However, there were several flaws in this study – and the only human study that demonstrated its effectiveness was also poorly conducted, since the subjects were also taking all sorts of other proven fat burners.

So, for the moment, while we can’t say that raspberry ketones are 100% ineffective, there is little evidence to suggest they help people lose weight more efficiently.

This is a small fruit that is often used to add sour flavor to certain asian dishes.

And like raspberry ketones, you’ll often find it included in many popular fat burning supplements.

Again, the only studies which demonstrated its effectiveness were animal studies – more specifically, studies done on rats – which are often not representative when it comes to people.

However, all human studies have failed to show that it has any significant impact on weight loss.

This is an extract that comes from green coffee beans (as you might expect from the name).

Like green tea extract, it has been hailed as a powerful fat loss agent, since it contains something called ‘chlorogenic acid’ – a substance that was heavily pumped by certain TV doctors…

However, a recent meta analysis of 5 studies showed that they were heavily biased, since research was funded by self-interested green coffee supplement manufacturers!

For this reason, even though green coffee extract may be effective, there is no need to rush out and buy it until more impartial studies are done.

This is a supplement that has commonly been marketed as an appetite suppressant.

Hoodia actually comes from a small, cactus-like plant, and has been used in South Africa to control hunger for years.

However, scientific research has failed to corroborate this – instead showing that Hoodia Gordonii is ineffective as a weight loss agent, and can actually be toxic in higher doses!

Definitely avoid this one…

Supposedly, chitosan would help you burn more fat by inhibiting the absorption of dietary fats, thereby providing the body with fewer overall calories and creating a deficit.

However, this has now been throughly studied, and none of them demonstrated that it contributed to any meaningful weight loss.

Moving on from bogus fat loss supplements, HMB has been heavily marketed as a way to help you build more muscle and get stronger.

Indeed, it has several studies that support this claim – so on the face of things it looks like it actually might be effective.

However, upon deeper examination, all of the studies that demonstrated its effectiveness were conducted by the creator of HMB, so they should probably be taken with a grain of salt…

All independent studies have failed to support these claims, and have shown that HMB doesn’t seem to do much, if anything, to help you develop strength or build more muscle.

This one is mainly sold as a way to boost your testosterone and increase your libido – so as you might expect it is often taken as a workout supplement.

While the libido claims do seem to pan out in some studies, it doesn’t seem like it has any meaningful impact on your testosterone levels, or performance in the gym.

This is one of the newer supplements that we’ve been seeing recently.

It is made from crushed deer antlers, and has traditionally been used in Chinese medicine.

In terms of benefits, the claims are that it will increase your testosterone levels, your growth hormone levels, and give you better workouts.

However, studies have not been able to demonstrate any of these claims – so unless further research suggests otherwise, don’t jump on the crushed deer antler bandwagon.