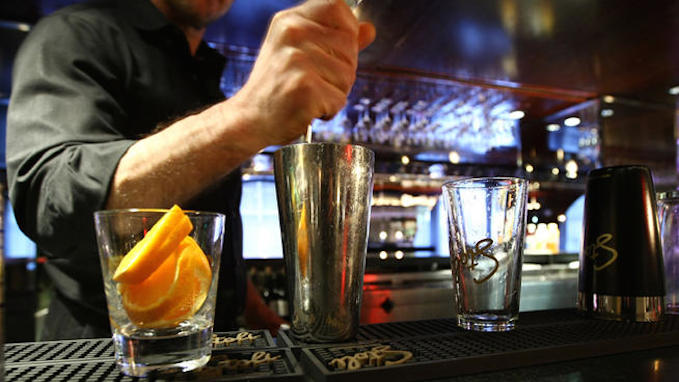 Let me start by saying that I am not one of those fitness people who never touches a drink.

Far from it, in fact.

For better or for worse, I have always enjoyed a drink or 4.

The thing is, I also really like being in shape, working out, and feeling good – and, unfortunately, alcohol doesn’t always like to play well with these other interests.

When you drink alcohol, the calories that you’re getting are not from any of the 3 macronutrients: carbs, fats, and protein.

Instead, you are taking in 7 “empty calories” for every gram of alcohol that you imbibe.

And if you pound down more than a couple drinks, that can really, really start to add up fast.

Before you know it, you’ve had 500 calories from alcohol alone, not to mention that other sugary shit that is thrown into a lot of drinks.

And you know what happens if you do this just a little bit too frequently?

You start packing on fat and all of those hard-won gym gains don’t get their time to shine.

So what’s a person to do who wants to maximize their enjoyment (getting drunk) while minimizing their risk (getting fat)?

Well, for starters, you can switch to drinking something that will do the least amount of damage.

These drink ideas below should help point you in the right direction – letting you have your fun without paying too much of a price.

And since I know that you probably don’t want to order skinny spiced mojitos when you’re out with your friends, the drinks that I’ll go over won’t include anything that will make you the subject of mockery. 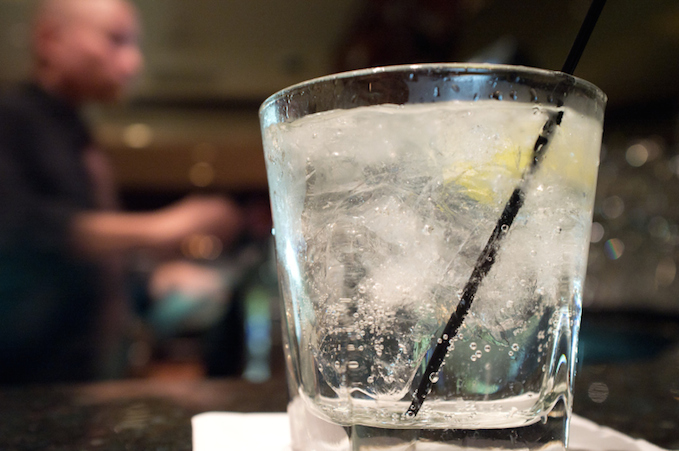 This is widely known to be a healthy cocktail option, and for good reason.

It literally contains only vodka and soda water (and generally a wedge of lime or lemon).

And since vodka is entirely comprised of alcohol, you aren’t taking in any excess calories that aren’t contributing to your intoxication.

Yes, the admittedly bland vodka soda is hard to beat in terms of getting you the drunkest on the fewest number of calories possible.

Assuming you get a standard size drink, each vodka soda only contains 96 calories.

Another benefit is that because these things are mostly soda water, you are simultaneously rehydrating yourself as you drink them. Always a plus when trying to avoid hangovers.

Want to make this a little more interesting? Try substituting the soda water for a calorie-free lemon-lime soda, like Sprite Zero or Diet Sierra Mist. 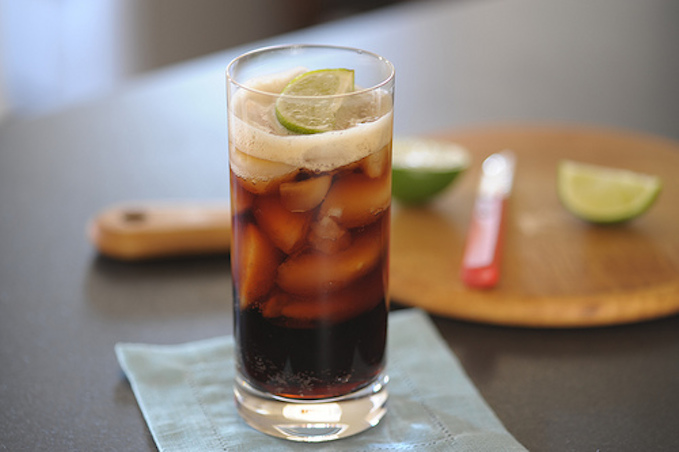 Rum & coke is a classic drink, and no one will look twice at you for ordering it.

Unfortunately, the coke makes it an undesirable choice, since it adds a ton of extra sugar.

However, if you substitute this for diet coke, then everything changes.

Contrast this to a rum & diet coke, which only has 97 calories – all of which are from alcohol – and you’ll see why it is a much smarter choice. 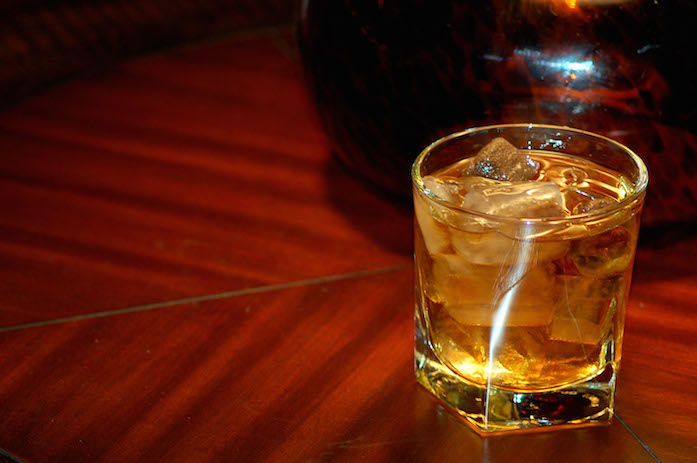 Not everyone likes straight whiskey, but it is a great option for those that do.

The nice thing about whiskey is that it doesn’t need to be mixed with anything to be enjoyable.

This can take off the pressure of trying not to be seen as “that person on a diet”. No one ever questions whiskey.

Like the two drinks mentioned above, the calories in straight whiskey come entirely from the alcohol – with no excess calories that aren’t going towards intoxication. 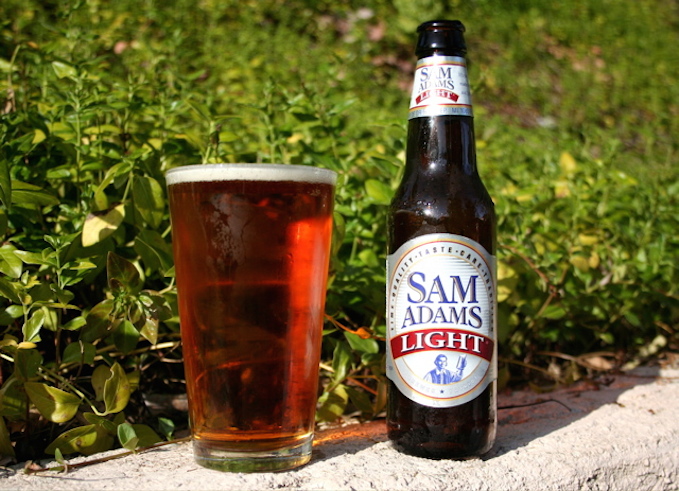 Look, I know that some of you think that light beer tastes like shit, and I’m not here to convince you that it doesn’t.

If a more full taste is worth a ton of extra calories to you, that’s your choice – so I’ll just stick to the facts here.

Light beer is a lot lower in calories than regular beer, but not all light beers are equal – in terms of both taste and the amount of alcohol you are taking in a ratio of total calories.

Here are some of the most popular light beers, and a breakdown of what is in each one.

As you can see, there is actually quite a bit of variation here – but in general you are seeing about 4.3 percent alcohol on the high end, with 2.3 percent on the low end.

The trick is not getting taken in by the ones that are lower calories, but have disproportionately low alcohol contents (Beck’s Premier Light, for instance).

Instead, if your goal is to maximize the amount of alcohol for the calories you take in, I’d advise going with either Miller Lite or Corona Light.

Red wine has numerous health benefits, including potentially reducing your cholesterol, protecting your heart, controlling your blood sugar, and even boosting your immune system.

However, that is not the focus of this article; you want to know if it is a good choice in terms of calories.

Thankfully, red wine also makes the grade in that respect.

This is a good ratio of alcohol to calories, it tastes great, no one will look at you funny for drinking it, and it has too many potential health benefits to list.

The only downside is that you don’t always want to be drinking red wine – like when you’re out at a lot of bars. But for other occasions, make sure to keep it in mind. 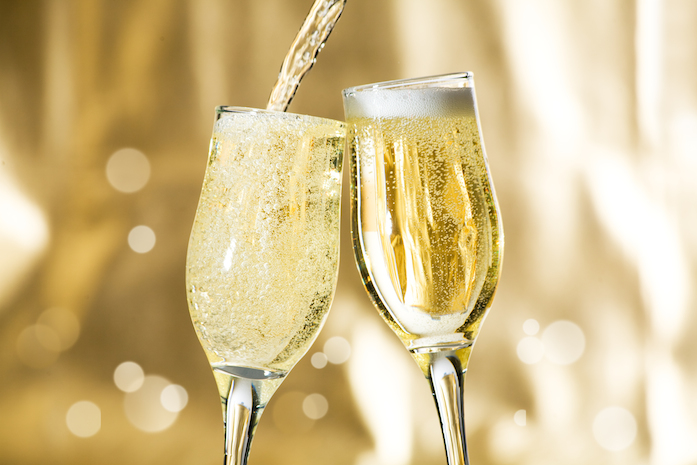 Now obviously champagne isn’t the kind of drink that you’re going to walk into most places and order.

That being said, when champagne is available – like New Years Eve parties or certain events – feel free to grab a glass of bubbly.

It tastes great, and makes you feel more sophisticated than you actually are when you drink it. 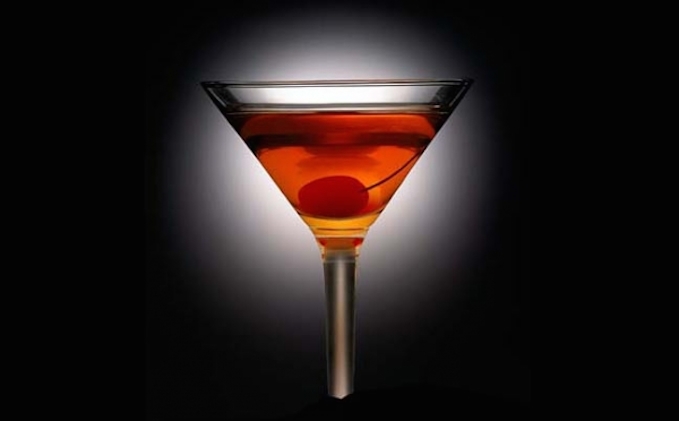 Finally, for those times were you just want – or are obligated to get – a real mixed drink, this is a perfect choice.

Comprised of just rye whiskey, sweet vermouth, and Angostura bitters, the Manhattan is a complex tasting cocktail that doesn’t have a lot of wasted calories or additional sugars in it.

For that reason, they aren’t very high in calories – relative to other traditional cocktails – but still don’t have the stigma of being a diet drink.

Personally, I do find that drinking too many of these gives me terrible hangovers, so bear that in mind if you’re having a big night out.